It's early for fall harvest, but there's sure a cornucopia of music this weekend and through the coming week, from the eclectic Concrete and Grass Festival at Mears Park to a first CD release for one of the area's most exciting new ensembles, a homecoming for harmonicist Clint Hoover, auditions for the Dakota Combo, a rare appearance (and free!) by the imaginative ETHEL quartet and a gathering of top trumpeters.


Friday, September 6. About a year ago, the Twin Cities lost one of the jazz harmonica players in the region when Clint Hoover moved to Pittsburgh. The move also reduced the quartet East Side to a trio, still strong with Reynold Philipsek (guitar), Matt Senjem (bass) and Michael Bissonnette (percussion). But thankfully Hoover return for a visit now and then, and East Side will reign as a full quartet at the Black Dog tonight. Swinging music with a modern twist. (Note the band will be at the 318 Café in Excelsior on Saturday night.)


Music continues in the bar/lounge at Parma 8200. Tonight it's a delightful trio of vocalist Dorothy Doring, bassist/guitarist Joan Griffith, and pianist Phil Mattson. Reservations in the bar highly advisable as there is not a lot of tables. A really relaxing way to end the work week and contemplate the weekend. Joan in particular is not seen enough in club settings.


Friday-Saturday, September 6-7. Versatile bassist Graydon Peterson stepped out as bandleader about two years ago, with his Quartet building its repertoire from Peterson's original compositions. Now the band is releasing its first (self-titled) recording with a bash at the Artists Quarter, and there is much cause for celebration. Eight compositions cover a wide range of musical and emotional space and highlight the sturdy chops of each artist-- Peterson, Adam Meckler, Vinnie Rose and Adrian Suarez. 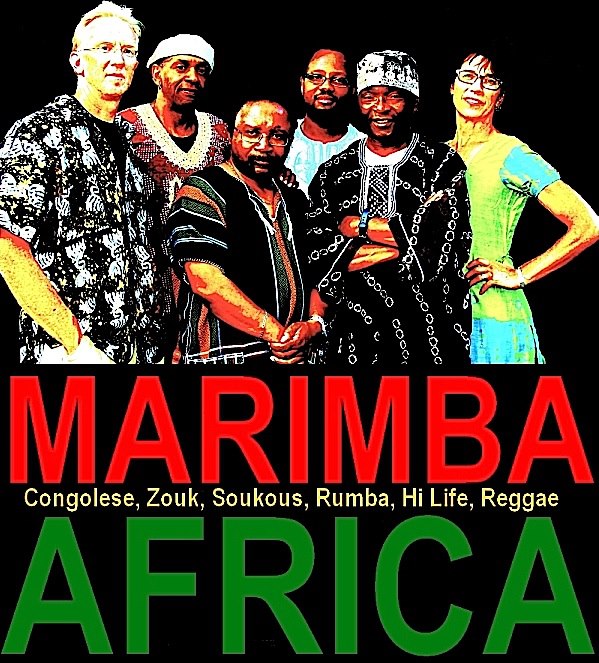 The annual Lowertown Concrete and Grass Festival continues (it opened Thursday night) with two more days of diverse music at Mears Park, celebrating the wide musical tastes of our community. Tonight, start with A Rey (led by singer/songwriter Alicia Renee), move to Africa with the infectious rhythms of Marimba Africa, and finish out the night with the always surprising singer/songwriter Lucy Michelle, without her "Velvet Lapelles." Instead, her cohorts are New Standards veterans Chan Poling and John Munson. Saturday brings the jazzy Copper Street Brass, singers from the Minnesota Opera, the McNally Smith faculty ensemble Sphericals, and the closing set from Halloween, Alaska -- a rock-oriented project featuring Dave King.

Saturday, September 7. Jazz returns to the Lobby Bar of the St. Paul Hotel, every Saturday night through November with JoAnn Funk and Jeff Brueske, piano and bass duo augmented by JoAnn's cool vocals. (In December, they add Friday nights.) JoAnn's repertoire covers a wide swath of jazz, with Blossom Dearie a longtime favorite. Another bar set worthy of note-- in place of the usual Benny Weinbeck Trio at Parma tonight, it's popular vocalist Vicky Mountain and her swinging trio.


Not a public performance but young jazz musicians note the Dakota Combo Auditions will be held today from noon til 4:30 pm at MacPhail Center for Music. If you are a serious jazz musician in grades 9-12, this is a big opportunity to study with Adam Linz for a full school year, rehearse and perform with the best young artists in the area, with all tuition and fees covered by the Dakota Foundation for Jazz Education. Bring your instrument and show up for the auditions!


Sunday, September 8. The annual salute to the end of summer, Pavel Jany presents the Adieu Summer Concert at Black Bear Crossing at the Como Park Pavilion a late afternoon event featuring Jany's Talking Strings, Ticket to Brasil, Lau Hawaiian Collective, and Bluesion -- a global smorgasbord in one of the loveliest of our metro parks.


Another way to beat the heat outside while reveling in smoldering music is PipJazz Sundays. The September concert at Landmark Center features series host Pippi Ardennia singing tunes (including originals) from her forthcoming CD, Love So Good (It Makes Me Want to Sang). If you have not yet heard the jazzy, bluesy big voice of PipJazz, you will be blown away. And if you are already a fan, I don't need to say anything. Pippi's youth guest will be bassist Gavin Taylor-Stark, a recent grad of Central High; and for his first concert as Youth Artist in Residence, pianist Will Kjeer will take over the piano bench for the entire evening, filling in for Peter Schimke. And he won't miss a beat.


Tuesday, September 10. The thoroughly modern, amplified string quartet ETHEL makes a rare Twin Cities appearance tonight in the Janet Wallace Fine Arts Center of Macalester College. Even more rare, this is a free concert, part of the New Music Series sponsored by the Rivendell Foundation. ETHEL musicians (including their newest addition, Twin Cities' violinist Kip Jones) will be working with MAC students for a couple days before the concert, entitled "Grace." The performance will include a suite from the score to the film, "The Mission," by Ennio Morricone, as well as music from other cultures.


Wednesday, September 11. The Dakota hosts the United Trumpet Summit, a special touring ensemble featuring four of the leading trumpet voices on the American jazz scene-- Randy Brecker, Jeremy Pelt, Eddie Henderson, and relative newcomer, Leon Jordan, Jr. This should be a fascinating band given the somewhat different approaches to the horn taken by each musician.


Over at the Artists Quarter, another unusual evening features vocalist/percussionist Mansur Scott and his Harlem Quartet. Based in New York and heard throughout Europe, Scott has performed on most Big Apple stages, subbed for the late Leon Thomas, and recently made a comeback following a stroke. He's nicknamed "the jazz mayor of Harlem."


Thursday, September 12. It's always a great evening when the Phil Hey Quartet comes into the Artists Quarter. A 21st century "Modern Jazz Quartet," the PHQ has outlasted most area ensembles and boasts musicians who should each be a household name -- Hey on drums, Dave Hagedorn on vibes, Phil Aaron on piano and Tom Lewis on bass. Their repertoire covers Ornette Coleman, John Coltrane, Wayne Shorter and the best of post bop as well as original fare.


. October 3, Kneebody at the Artists Quarter


. November 7, Patricia Barber at the Dakota


. November 9, Alan Toussaint at the Dakota

Posted by Canterjazz at 3:55 PM