There’s a lot in the air – the scent of lilacs, chirping birds, spring pollen, and a lot of jazz riffs! Around the metro, you can hear some great bop saxophone rising from the Artists Quarter, the songs of Marvin Gaye as interpreted by some of our favorite jazz voices, great post bop, original musings and an open rehearsal from the cosmonauts from the Red Planet; a reunion of the jazz/poetry collusion Soul Café, heartfelt tunes from one of the best of modern-day crooners…. And more. Spring is here. Don’t let it hang you up—go out and hear some live jazz!

Highlights, This Week
In addition to local jazz, you might want to check out live streaming of events for International Jazz Day. The “day” is April 30th but festive concerts from Paris to New Orleans to New York start on the 27th. Visit Jazz Police for information about the events and how you can connect to live streamlining of the headline concerts around the world.

April 27-28. Dave Karr and Brian Grivna have been teaming up in this dueling saxophone quintet for a few years, and it’s a bopfest every time. Between the two, who each cover all the reeds, there’s nearly a century of experience. At the Artists Quarter this weekend, you can count on endless displays of inventive improvising. (Westside tacos add to the festivities on Saturday night.)

April 28. It’s St. Paul Art Crawl weekend, and while you are crawling around the Lowertown galleries, pace yourself to end the afternoon at Studio Z, where the always creative Red Planet will hold an open rehearsal (4 pm) in preparation for their evening performance, part of the Jazz at Studio Z monthly concert series curated by Zacc Harris. From eclectic guitar wizard Dean Magraw to the sublimely creative bassist Chris Bates to the ever-elegant drummer Jay Epstein, Red Planet covers some of the best from Coltrane and Coleman to their own compositions. The rehearsal is free and allows an unusual opportunity to see collaboration in the raw. 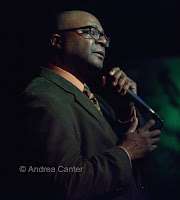 For something completely different….. Bruce Henry is back in town and this time he has a brand new show to share at the Hopkins Center for the Arts. The baritone bard turns his attention to the music of Marvin Gaye, and brings along onstage three more winning voices—Yolande Bruce (Moore by Four), Aaron Keith Stewart (Sounds of Blackness), and the always starbright Debbie Duncan. So, “What’s Goin’ On?”  And if a little R&B mixed with your jazz and some great ensemble chemistry sounds appealing for a Saturday night, Patty Peterson and Friends will keep things hot and steamy at the Dakota.

April 29. It’s been at least 8 years since Soul Café launched its unique blend of jazz and poetry at Hennepin Avenue United Methodist Church, a secular if highly spirited series of performances that typically are theme-based. The core trio of Steve Blons (guitar), alto sax (Brad Holden) and piano (Laura Caviani) performs only a few times per year now, often with vocalist Lucia Newell and a variety of guest instrumentalists. This Sunday night, in the Art Gallery of the church off Loring Park, the theme is “Breaking Free” and the trio expands to four with percussionist Darryl Boudreaux. 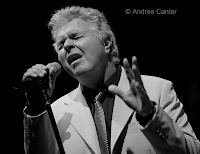 April 29-30. Grammy Award-winning, Emmy-nominated vocalist, producer, songwriter, music supervisor, and more, Steve Tyrell hit the big time with “Father of the Bride” and “Father of the Bride II.” While producing hits for artists ranging from Dionne Warwick to Rod Stewart, Steve himself has sold hundreds of thousands of albums and gained a passionate following all over the world for his accessible, joyful takes on jazz and pop classics. His hits, “The Way You Look Tonight,” “A Kiss To Build A Dream On,” and “The Sunny Side of The Street,” have launched thousands of weddings and millions of romances, giving Steve a devoted following on Adult Contemporary Radio. He returns to the Dakota for two intimate evenings, perfect for spring proposals.

April 30 (International Jazz Day!). The U of M’s very fine Jazz Ensemble I locks horns (and more) with the U’s Symphonic Band in a free performance of “Meet in the Middle: Crossover Works for Jazz and Concert Bands” at Ted Mann Concert Hall. Joined by one of the area’s great crossover artists, the Minnesota Orchestra’s trumpeter Charles Lazarus, the student ensembles will premiere new works from Lazarus and director Dean Sorenson, as well as tenorman John DeHaan. Not far away (and starting later so you can really make both gigs), pianist Peter Schimke has a rare night in the spotlight at Jazz Central.

May 1. It’s First Tuesday at the Black Dog, and tonight guitarist Dean Magraw and drummer Davu Seru welcome special guest, saxman Brandon Wozniak. You will be hard pressed to find a more inventive trio. The space is pretty small but the sounds will be mighty big.

May 2. Come early and stay late at the Artists Quartet tonight. Start things off with the weekly bop jam known as Steve Kenny and the Bastids, veteran trumpeter Steve pushing the envelope with young cohorts in the rhythm section and a surprise guest or two on the front line. And hang out for the AQ debut of the Michael Gold Quintet (Three Flights Up) featuring Gold on bass, Don Stille on piano, Nathan Norman on drums, Dave Graf on trombone and Doug Haining on sax.  Can’t beat this double feature for mainstream jazz!

May 3. An unusual band for the intimate space of Jazz Central, the Keith Karns Big Band makes a stop here on its CD release tour. Based in Indiana, trumpeter/bandleader/ composer Karns will introduce the Twin Cities to “compositions and arrangements[that] represent the leading edge of contemporary big band music. He is a fan of Stan Kenton, Jim McNeely and Minnesotan Maria Schneider” (Jerry Swanberg of Big Band Scene). In St  Paul, a double-header at the Artists Quarter kicks off with the young talents of the award-winning Roseville Area High School Jazz Band, followed by the “Good Vibes” of Chris Bates’ new trio.

More Jazz, Every Night
Keep up with local live music with calendars on Bebopfied and Jazz Police. More suggestions: 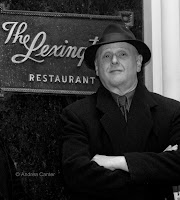 Monday, April 30: Charmin Michelle and Denny Malmberg at Fireside Pizza; Headspace at the Artists Quarter; Patty and the Buttons at the Red Stag