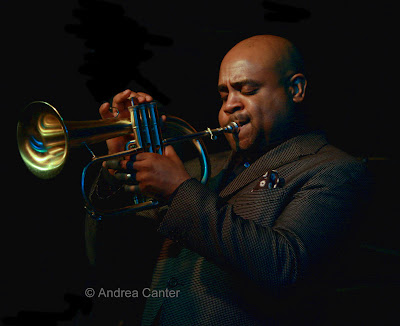 So are you doing something special to mark Jazz Appreciation Month? Of course there is something special going on in the jazz community here most any day of the week. This weekend and following week are no exception. Just try to decide.

Highlights This Week
The weekend boasts quite an array of jazz – a young guitar whiz hosts a CD release party, an acclaimed veteran trumpeter guests with the JazzMN Orchestra, a local sax hero honors the music of Cannonball Adderley, and another young phenom makes her first Dakota appearance as an adult (but don’t offer her a drink yet!). 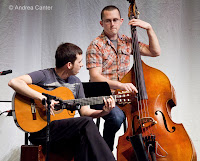 April 20-21. Cory Wong has already proven himself to be both skillful and versatile, a guitarist who seems as comfortable with Afro Peruvian grooves as with post bop ensembles and more rock-driven fusion. His quartet is a regular fixture on the Tuesday schedule at the Artists Quarter, holding down the early evening slot. With Pena, he explores the music of Peru’s African traditions, particularly centered on the cajon. For his latest release, he has taken two sides of his musical personality in Quartet and Quintet variations, making it a double album and doubly delightful. This weekend’s celebration at the AQ pares down the personnel from the recording to a core quartet of Wong, Dan Musselman, Andy Schuster and Zach Schmidt.

April 21. I first heard trumpeter Terell Stafford some years ago at the Iowa City Jazz Festival, and soon again with Matt Wilson’s Arts and Crafts and his own quintet at the Dakota. Since the mid 00s, he’s been back in town a couple times with each of those bands, including a live recording session at the Dakota released on MaxJazz. Saturday night, he’s the special guest with the JazzMN Orchestra for their season finale at the Hopkins High School Performing Arts Center, and he’s bringing some original charts. As mellow as fine brandy on flugelhorn and an assertive yet highly melodic player on trumpet, Stafford’s latest recording beautifully covers This Side of Strayhorn.

April 22. Early in the day, you can support jazz education at the Dakota Foundation for Jazz Education fundraiser brunch at the Dakota Jazz Club and enjoy a cross-generational experience with sax veteran Dave Karr and the high school ensemble, Dakota Combo. (A few tickets can still be purchased at the door at 11:30 am.) Come back in the evening when the benefit’s keynote speaker turns headline performer on the Dakota stage. When she was about 15, alto saxophonist/vocalist Grace Kelly blew us away at the Twin Cities Jazz Festival, and later in the evening when she joined legends Frank Morgan and Irv Williams on the club stage. Now she is all of 19 and a recent graduate of Berklee College of Music as well as an alum of seven recordings as leader. Some of finest local talents provide the rhythm section. But this is not the only sax gig in town tonight.

Across the river at the Artists Quarter, Doug Haining pays homage to the great Cannonball Adderley in the season finale of TCJ’s Jazz From J to Z concert series. He’s bringing along some great pals—Tanner Taylor, Keith Boyles and Mac Santiago. 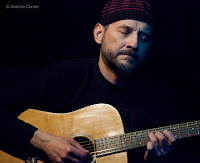 And in between, for the most mellow evening, the Riverview Wine Bar hosts a guitarist for all seasons, Dean Magraw, in a solo performance. I heard Dean go solo a couple months ago at a little library gig in south Minneapolis, and it was as magical as it gets, a showcase of Dean’s many musical personalities, from bop to fusion to global encounters of the best kind.

April 23. You’ve probably heard him on any given Wednesday night at the Artists Quarter, opening the evening early with his Bebop Bastids, a core of young lions and frequent guests. Or maybe you just take for granted that you can “always” hear trumpeter Steve Kenny, cuz he is at the AQ every week. Whatever, Monday night brings an opportunity to hear one of the area’s trumpet kings in a more intimate, more free-wheeling session with veteran saxman Jimmy Wallace at Jazz Central. If nothing else, you’ll realize you need to start more Wednesday evenings at the AQ.

An unusual pairing of film and music across two venues? Remember a couple years ago when Walker hosted Dave King for Two Days? It was a two-night whirl-wind “tour” through the music of Dave King, bringing to town The Bad Plus, Happy Apple, Buffalo Collision, Golden Valley Is Now and the newly formed Dave King Trucking Company. It was all captured on film with interviews and more, to be screened at St Anthony Main tonight (part of the Minneapolis-St Paul Film Festival) and followed by the DKTC at the Aster Café across the street. No cover if you bring your movie stub. 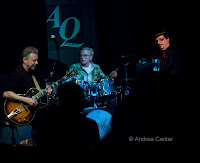 April 24. When the 15-year run of the Tuesday Night Band ended at the Artists Quarter in January, we figured Tuesday nights would just never be the same. For one night, we can relive the funky joy of B-3 Organ Night, with B-3 master “Downtown” Bill Brown, guitarist and chief jokester Billy Franze, and AQ owner/drummer Kenny Horst. Another popular (and ongoing) feature of Tuesday nights, Westside Tacos, makes it a complete reunion. (Save room for cake! At $5 cover, $2/taco and $1/cake chunk, this is the world’s cheapest night on the town… and one of the best.)

April 25. Patty Peterson sings everywhere and often, but it’s not easy to find her fronting a small rhythm section. As one of a flock of Petersons and many talented friends, Patty mostly appears with a hip group of horns and keyboards. So consider this a rare opportunity when Patty joins brother Billy on bass and pal Phil Aaron on keys at Café Maude.

April 26. Take two musicians who individually belong in intimate surroundings, and fly them to the moon for an evening. That’s the gist of  “The Moon Belongs to Everyone,” a night at the Como Park Planetarium with other-worldly music from Maud Hixson and Dean Magraw. This “journey in space and song” will feature popular songs associated in some way with the moon. And there will be plenty of “moonglow” as Maud and Dean turn the planetarium into a very special cabaret.

More Jazz Every Night
Not just during Jazz Appreciation Month, you can hear the best of this music everyday. Check listings for your favorite musicians and venues on the Twin Cities Live Jazz Calendar at Bebopified or Jazz Police. And tune in to KBEM (88.5) and KFAI (90.3) for interviews with this week’s performers (and of course, great radio). Some more recommendations for the week: