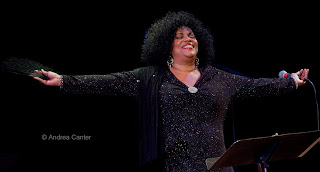 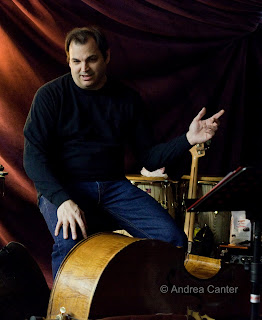 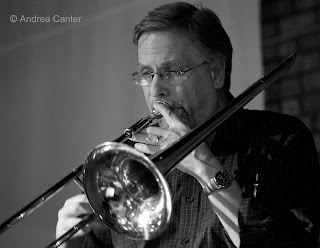 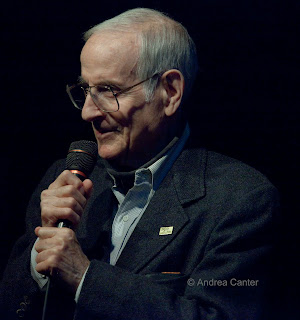 A full week again, with women jazzers leading the way, from local vocals to imported talent.

Highlights This Week
March 9-10. Fans of vocal swing and spot-on harmonies will welcome the return of The Manhattan Transfer. Nominated for multiple Grammies over their three-plus decades of performing, the quartet brings their infectious brand of jazz, big band and pop to the Dakota. TMT includes founding members Tim Hauser, Alan Paul and Janis Siegel, along with long-time member Cheryl Bentyne. (Siegel will return to the Dakota on April 1st with the improvising vocal ensemble Jalala.)

Across town, the Atlantis Quartet holds forth at the Artists Quarter as they prepare to take some time off and hit the recording studio. This ensemble never fails to deliver hip surprise, and new compositions are added to their repertoire at each outing. Certainly you can never go wrong with Zacc Harris, Brandon Wozniak, Chris Bates and Pete Hennig on stage.

March 10. We have so many jazzy things to be thankful for in the Twin Cities, not the least of which is the JazzMN Orchestra (formerly known as the JazzMN Big Band). Their 2011-2012 concert season continues at the very artist-friendly Hopkins High School Performing Arts Center with one of their more eclectic programs featuring the Caswell Sisters. Sara (violin) and Rachel (voice) have explored classical and jazz realms for much of their lives, now coleading a quintet as well as forging independent careers. The program calls for them to perform alone and together, while the opening set features the JMO working through some exciting big band charts.

March 11. The ambitious PipJazz Sunday concert series swings into a second season in the Weyerhauser Auditorium of Landmark Center with special guest, multi-instrumentalist and vocalist Jason DeLaire and student guest, 17-year-old saxophonist Devante Jackson. But at the center of it all is singer/producer Pippi Ardennia, one of the best additions to the local jazz scene of the past five years. A vocalist who can swing hard on standards from jazz and R&B, seduce with a ballad or tear it up with the blues, this Chicago native is proving to be as much impresario as performer. Her commitment to area youth is similarly huge, with a young guest artist on each concert this season and a Foundation to help bring more students into the audience. This is a very pleasant way to end the weekend, and the 5 pm start makes it family-friendly.

Sunday afternoon (4-6 pm), you can also challenge your jazz brain and ears by observing the next Open Session with the Chris Bates Quintet at Jazz Central. In preparation for the band’s recording debut in April, Bates is holding a series of three open rehearsals. The first session in February brought out an assortment of jazz fans, student and musicians, fueling some interesting Q&A, but the highlight was simply observing the creative process unfold as five musicians worked through five new compositions, seeing the lead sheets for the first time and discussing approaches to rhythm, harmony and feel.

March 12. Two veterans, a generation apart, pair up at Jazz Central for the weekly jam. Dave Graf on trombone and Gary Berg on sax (and maybe harmonica?) are rarely, if ever, heard on the same stage so this is one of those magical musical moments that should draw from far and wide.

March 13. James Blood Ulmer in solo? Speaking of rare magical, musical moments, the iconic guitarist takes the stage alone at the Dakota. Ulmer rose to fame working with Ornette Coleman, Art Blakey and Joe Henderson. A major blues force on vocals as well as guitar, he was tagged by Jazz Times for his “distinctive and startling sound.” And that sound will come through unfettered in this solo performance.

March 14. On the off chance the class is not filled, check out Minneapolis Schools Community Ed offering, sponsored by KBEM. Tonight at South High you can spend 90 minutes with Leigh Kamman re “Jazz Legacy” – stories from his years as one of the nation’s pre-eminent jazz broadcasters. Back to live music: It’s time for the annual Viva City revue from the music programs of Minneapolis Schools, again focusing on jazz, and this year at the Cedar Cultural Center. Bands from elementary to high school will perform. James Buckley has been curating a weekly series of edgy jazz at the Nomad World Pub and joins in the fun himself this week with “Cellar,” featuring Buckley, Bryan Nichols and Joey Van Phillips. Each of these musicians can create a new world of soundscapes so, as a trio, expect to tour new lunar surfaces.

March 15. One of my favorites of local brass, Snowblind returns to the Artists Quarter. The ensemble overflows with talent, with bassist Graydon Peterson and drummer Reid Kennedy supporting a hornline of Adam Rossmiller, Scott Agster and Shilad Sen. And they will kick your brass. Earlier in the evening, if tickets remain, you can catch the March edition of KBEM’s REEL Jazz screening at the Trylon Cinema. This month, it’s all about Mose Allison, Ever Since I Stole the Blues.

More Gigs All Week
For the continually updated calendar of Twin Cities live jazz, visit Bebopified’s Live Jazz Calendar or check it out on the Jazz Police site. More recommendations:

Sunday, March 11: Patty and the Buttons, brunch at the Aster Café; Reuben Ristrom with the Maple Grove Jazz Ensemble at the Maple Grove Community Center; Zacc Harris Trio at the Riverview Wine Bar; Charmin Michelle and the Jerry O’Hagan Orchestra at Cinema Ballroom

Posted by Canterjazz at 4:26 PM