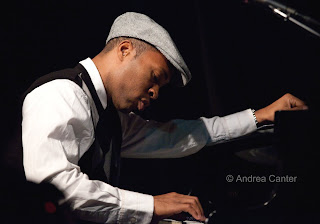 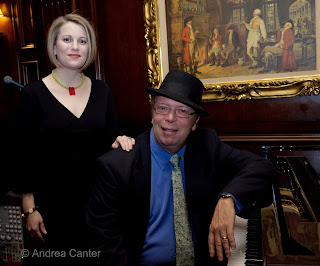 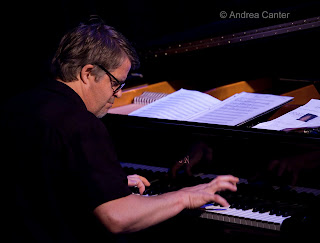 Up jumped spring! Maybe it was not really a surprise given the mostly mild winter, but still, the birds chirping post-bop changes, tree pollen blowing in the wind from the south, and basketball tournaments without stormy weather? The warmer evenings make it easier to get out and enjoy some very cool music, and there is much to choose from in the coming week.

Highlights This Week
March 16-17. In January, pianist Richard Johnson, based in New York, made his first of 12 planned visits to the Twin Cities as part of his Jazz Alive Project. Rumor has it that a romantic connection is bringing him to the Twin Cities with a new gig each month, but whatever the reason, his music is a welcome addition to the local jazz scene. His first gig at the AQ filtered the music of West Side Story through modern swing; next he offered the music of Frank Sinatra to audiences in Roseville. Now he returns to the AQ with another trio (Jeremy Boettcher and Adrian Suarez) and the music of 1980s television themes. Nostalgia for sure, but Johnson spins it all with fresh ideas and astounding technical facility.

March 17. A lot of great songs to help wash down the green beer tonight! Arne Fogel takes another night at The Lexington’s Williamsburg Room, his first gig since returning from a couple weeks in Italy and tonight in the company of Tanner Taylor and Steve Pikal. If this makes for Irish swing, then Maud Hixson and Rick Carlson’s show at Honey Lounge in Minneapolis must be dubbed Irish Cabaret. The sublime pair will offer their takes on favorites from film and television with Irish touches, from Bing Crosby to Kermit the Frog. And if the luck of the Irish isn’t your cup of Darjeling, Bruce Henry will offer more American fare, from Gershwin to Coltrane to Stevie Wonder at St. Barnabus’s Jazz @St Barney’s in Plymouth. That’s Barney, not Blarney, but you never know what Bruce will pull out of his songbook. (Bruce stays in town long enough for a weekend at the Artists Quarter March 23-24.) And hard to know just how the shamrocks will fall at Vincent on Nicollet Mall, but you can enjoy a night cap later with Le Jazz Cool All-Stars–a quartet bringing jazz pianist Mary Louise Knutson into tight swinging with members of the Minnesota Orchestra in the loft above the bar. It’s a great chance to hear trumpeter Charles Lazarus exploit his jazz side.

March 18. A recent addition to the bookings at Jazz Central has been a series of open rehearsals. Chris Bates and his quintet have offer two such afternoons recently, and today, Adam Meckler brings in his orchestra as they work through compositions in preparation for their next performance at O’Gara’s. These open rehearsals give listeners, students and other musicians an opportunity to witness the creative process, and offer their own comments.

March 20-21. Two titans of modern jazz join together at the Dakota for an amazing duo. Guitarist Al DiMeola and pianist Gonzalo Rubalcaba may at first seem like an unlikely pairing, but we can expect only heavenly collaboration from two dedicated to the promotion of world music and incorporating global elements into the jazz context. DiMeola was last in town with his World Sinfonia ensemble a couple years ago, while Rubalcaba was last here early in the Dakota’s reign on Nicollet Mall—a night when the yet-unfettered dining room noise plagued the evening. Things have smoothed out considerably since 2004 and we should be able to hear every note.

March 21. Not dubbed as such but this seems like the same trio as Chris Bates’ Good Vibes which debuted last month at the AQ, with Bates, Phil Hey and Dave Hagedorn squeezing in at Café Maude, part of the ongoing Wednesday night jazz series. Trio jazz doesn’t get any more exciting than this. Who needs a piano anyway? Well, if you want a piano, there’s options to fulfill your wildest dreams, with Peter Schimke, Brandon Wozniak, James Buckley and Jay Epstein on the bandstand at the Nomad World Pub later in the evening. Four stellar experimenters!

March 22. And speaking of piano, you can not get too much Chris Lomheim, on stage with his trio at the Artists Quarter tonight. From Evans to Monk to his own music, Chris merely needs to touch the piano and magic erupts.

More Jazz All Week
For the most complete and updated listing of local jazz events, see the Twin Cities Live Jazz Calendar at Bebopified, and now also accessed from the TC page on Jazz Police. Just try to keep up:

Thursday, March 22: Patty Peterson at The Lexington; Lulu’s Playground at the Black Dog; Jelloslave at Barbette

Posted by Canterjazz at 9:19 PM