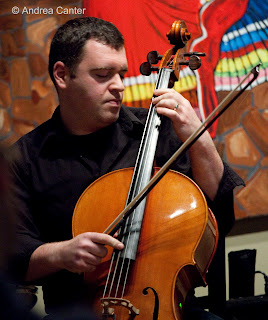 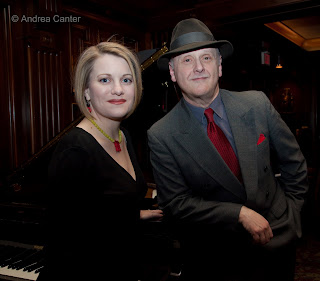 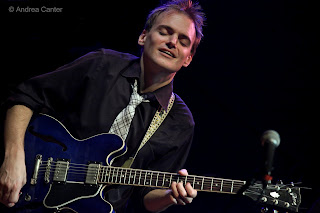 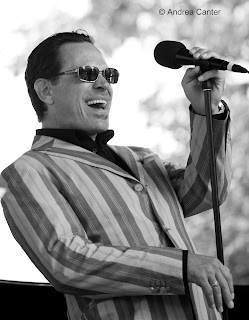 It’s a very densely packed weekend for jazz fans, from a hip CD release at the AQ to a rare performance by one of the area’s most highly regarded experimental jazz ensembles to a sublime vocal pairing at Orchestra Hall to the brief return of one of our beloved former residents and another production featuring a favorite duo + friend. If the weekend isn’t enough, we have a trio of top jazzers coming into Jazz Central Monday, a long-awaited return of one of the most popular vocalists of the early millennium, and a “homecoming” of sorts for one the nation’s most popular bandleaders. Good thing February is a short month!

Highlights This Week
Friday night (2/17), the Black Dog welcomes what might be the only 2012 appearance of the Fantastic Merlins, a quartet of improvisers that has redefined experimental chamber music. Saxophonist Nathan Hanson, bassist Brian Roessler, cellist Daniel Levin and drummer Pete Hennig follow a set by electronics wizard Tim Kaiser. Given the small seating area and the Merlins’ intense following, you are strongly advised to come early, grab a pizza or sandwich and stake out a table with good sightlines! Also on Friday night, vocalist Bruce Henry returns “home” to the Dakota one night of standards, bebop and a little R&B. Now based in Chicago, Bruce finds time to hit the Dakota and other stages about every other month.

A few blocks away (2/17-18), the Artists Quarter hosts the CD celebration for A Love Electric, guitarist Todd Clouser’s feisty ensemble now at home on the Royal Potato Family label. A Twin Cities native now based in Baja, Clouser has found a way to put jazz sensibilities into a 70s rock context that holds on strong to melodic elements. Planning three recordings this year, 20th Century Folk Selections is the first out the door, a studio effort that takes a broad view of “folk music” – traditional and culturally iconic works—and recasts the music in modern terms without losing track of the source. The recording includes local heroes Adam Meckler, Bryan Nichols and Greg Schutte, with another hometown star and frequent Clouser cohort Chris Bates joining the Local Electric for the weekend. Pearl Jam and Beastie Boys never sounded this cool.

Two productions that warrant attention Saturday night (2/18): Part of the Piper Jaffray Jazz Series, Orchestra Hall presents two of the outstanding vocalists of our time—Grammy-winning Kurt Elling and rising star Lizz Wright. They will each do their own set with their own musicians, but the common thread is vocal interpretation. Elling took vocalese from where Jon Hendricks left off to a new planet, while Wright unites the gospel music of her childhood with jazz and R&B flair. In Bloomington (Schneider Theater), crooner/radio host Arne Fogel delves into the film soundtracks of one of his most significant muses, Frank Sinatra. He’s given plenty of support from frequent partner Maud Hixson and under-presented singer Reeves Cary in “Frankie Went to Hollywood,” focusing on songs from the late 40s to early 60s movies that helped make Sinatra a household name.

Jazz Central has been the scene of some scorching sets and projects lately. On Monday night (2/20), it’s Framework’s threesome of Jay Epstein, Chris Olson and Chris Bates, and whoever drops in to jam on the late set. Each of these artists has been involved in some interesting projects lately, individually and together. As a trio, they recently worked with the Bach Society on a program melding jazz and Baroque. More likely, the Jazz Central night will feature their 21st century leanings. Even further up the improvising chain is the trio headed by French cellist Didier Petit (with Nathan Hanson and Brian Roessler) at the Black Dog, also Monday night (2/20).

Nearly every Wednesday, the Wolverines Trio swings at Hell’s Kitchen, but this week (2/22) there’s an extra special guest—singer Sue (formerly Tucker) Oattes. One of the most popular jazz vocalists in the Twin Cities about five years ago, Sue took some time off for graduate studies and day job, but hopefully this marks a return to her singing career.

Doc Severinsen has made a number of appearances in the Twin Cities since his days on The Tonight Show, including leading the Pops programming at Orchestra Hall and appearing at the Dakota with his small Latin ensemble, El Ritmo de laVita. But the Doc Severinsen Big Band on the Dakota stage? Lowell Pickett swears they will fit when they make their Dakota debut February 22-23. Joining Doc at the Dakota and on tour this spring is our own piano star Mary Louise Knutson.

Last weekend, bassist Chris Bates stepped out in front to lead his own quintet in open rehearsal. Now he launches yet another ensemble dubbed “Good Vibes,” a trio with Dave Hagedorn and Phil Hey, with blast off at the Artists Quarter on Thursday (2/23).

More Jazz!
For the area’s most complete and updated jazz calendar, check out Twin Cities Live Jazz Calendar, now posted on Jazz Police as well as its home at Bebopified. (Thanks, Pamela!) Some further recommendations:

Wednesday, February 22: Steve Kenny and the Bastids followed by the Black Heralds Quartet at the Artists Quarter; Charmin Michelle and Denny Malmberg at Fireside Pizza; Anthony Cox Group at the Nomad; Firebell live on KFAI