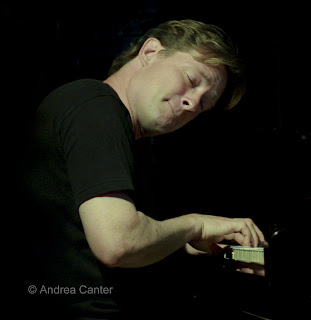 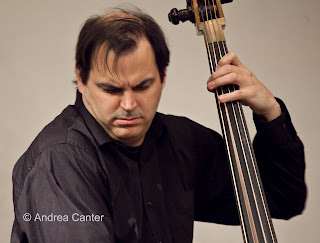 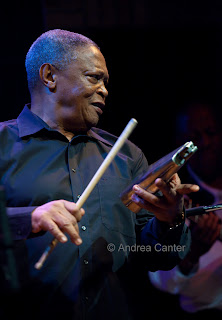 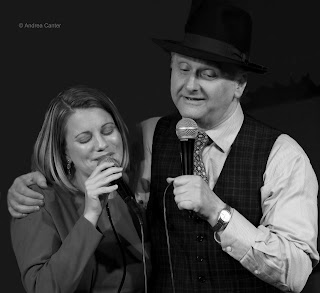 The weekend begins with the annual piano extravaganza at the Artists Quarter, honoring the late Bobby Peterson, one of the brightest lights on our jazz planet who left our orbit all too soon. The rest of the week finds the first of a series of open rehearsals from a new band of fabulous veterans, the return of one of the prophets of African music, and of course the sound of romance for Valentine’s Day.

Highlights This Week
When pianist Bobby Peterson passed away—on a gig—in 2002, he left behind a long line of former students, mentees and fans. This weekend (2/10-11) marks the sixth annual Bobby Peterson Memorial Piano Showcase at the Artists Quarter, and it’s a line-up that would make Bobby proud. On hand both nights will be former student and now internationally acclaimed performer and composer Bill Carrothers, with Laura Caviani and Bryan Nichols sharing the stage Friday, and Chris Lomheim and Peter Schimke on the piano bench Saturday. Supporting the keys will be Graydon Peterson and Kenny Horst. This is always one of the highlights of the winter jazz season and truly a showcase of piano talent in (and from) the Twin Cities. And this time, a too-rare opportunity to enjoy Carrothers, who released two of the best recordings of 2011.

One of the newest bandleaders in town is the veteran bassist Chris Bates. A pivotal sideman in such ensembles as the Motian Poets, Kelly Rossum Quartet, Atlantis Quartet, A Love Electric, Volcano Insurance, How Birds Work, Bryan Nichols Quintet, Zacc Harris Quartet, Enormous…. (somebody stop me!) and more, Chris is stepping up to lead a new Quintet this weekend, and later this month, a new trio (Good Vibes). On three Sundays at Jazz Central, starting on 2/12, the Chris Bates Quintet will hold open rehearsal sessions in preparation for a recording date in April. From 4-6 pm, come see how a working band tackles new music, revising, refining, collaborating. Chris has assembled a horn-happy group with brother JT on drums, Chris Thomson and Brandon Wozniak on saxophones, and Zack Lozier on trumpet.

Among the options for Valentine’s Day, consider the romantic setting and jazz series preview at the Lexington in St. Paul. Revamped to retain its old-time elegance with a more up-to-date menu, the Lex sought a curator for a series of music and found what they needed in Arne Fogel. While the twice-weekly series of mostly vocalist-led duos and trios gets underway in March, Fogel is hosting a couple preview nights, including Valentine’s Day (2/14) with long-time singing partner Maud Hixson. They’re supported sublimely by pianist Rick Carlson and bassist Steve Pikal. The Lex is offering a special menu so make a reservation early.

It’s hard to think of African music without thinking of trumpeter/singer Hugh Masekela, whose music exudes his South African roots and global influences. An alum of South Africa’s first youth jazz orchestra, Masekela ultimately escaped apartheid to study in England and later at the Manhattan School of Music. He’s collaborated with Miriam Makeba, Herb Alpert and Paul Simon. His past shows have been inspirational. And for every ticket sold for shows at the Dakota on Wednesday and Thursday (2/15-16), the club will donate one dollar to the American Refugee Committee.

Wednesday (2/15) also marks the return of Slide Meets Valve at the Artists Quarter. SMV brings together two master trombonists, slide man Dave Graf and valve artist Brad Bellows. Two bones in a quintet format? Gotta hear it. And what better way to appreciate the nuances differentiating these two often-underappreciated instruments? And come for the weekly, free early (7 pm) show with Steve Kenny and the Bastids, maybe the best under-the-radar bopcentric band in town. You get not only the virtuosic trumpeting of Kenny but the hottest young support team of pianist Jesse Mueller, bassist Adam Tucker and drummer Aaron Rupart. And someone cool is always sitting in. Competing with the trombones (or not, if you split your late evening sets across town) is the not-often-enough gig of Red Planet, tonight on the jazz series at the Nomad World Pub. Dean Magraw, Chris Bates and Jay Epstein have maintained this collaboration for more than a decade and the results are always a bit out of this world.

Thursday (2/16) is the first screening in KBEM’s spring REEL Jazz season, and what a lead-off with In Good Time: The Piano Jazz of Marian McPartland, from Films by Huey. As of post time, all tickets to the screening at the Trylon Microcinema were sold—but I am including it here because a) it’s a landmark film event and 2) someone might cancel out at the last minute so it is worth checking with KBEM and the theater. I had the good fortune to preview this very well-done documentary last month and can only hope that there’s another opportunity to bring this back to the Twin Cities. Check the KBEM website for news of the remaining REEL Jazz screenings in March and April.

More Jazz All Week
What’s going on every night of the week? Keep up to date with Pamela’s Live Jazz Calendar on Bebopified. Some additional recommendations:

Tuesday, February 14, Valentine’s Day: Joann Funk at the Dakota (early show); the Steeles at the Dakota (dinner and late shows); Lee Engele and Reynold Philipsek at Nonna Rosa’s; Cedar Avenue Big Band at the Shorewood; “Music by Lovers for Lovers” at the Artists Quarter; James Allen at the Nicollet; Jack Brass at the Driftwood