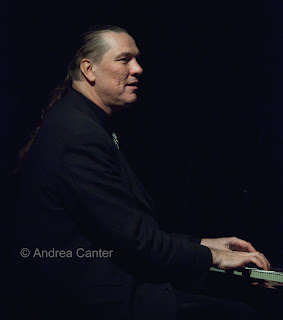 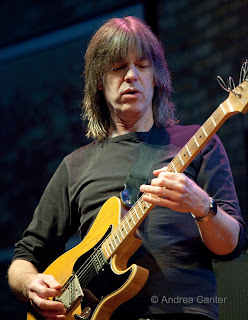 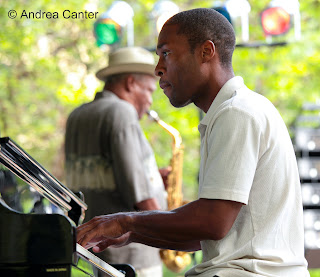 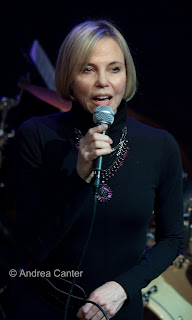 There’s a “Winter Jazz Blast” in Roseville Saturday but the weekend as a whole could be classified as a “jazz blast”—an explosion of diverse and high-flying artists from near and far descending upon clubs throughout the metro, with a heavy concentration in St. Paul. Meanwhile, just up on Cathedral Hill, the congestion of the International Red Bull Ice Crash might challenge some driving and parking, but just allow extra time, as the music will be well worth the effort.

Highlights This Week
Friday night (1/13) at the Artists Quarter, we welcome the return of a favorite “adopted” son, jazz festival “house pianist” and always-entertaining host, Jon Weber. For years, Weber has been a stalwart accompanist, soloist and “Stride Night” participant around the Twin Cities Jazz Festival, but he usually gets back to town at least once a year for his own gig at the AQ. Hosted tonight by festival director Steve Heckler, the trio (with Billy Peterson and Kenny Horst) will no doubt run through diverse sets from boogie-woogie to post bop, while Jon will engage the audience in a fruitless effort to stump the piano giant by suggesting odd keys, odd time signatures and various styles, getting heavy doses of jazz trivia along the way. (Easy to imagine him taking over for Marian McPartland as host of NPR's Piano Jazz this season!) And don’t be surprised if Heckler provides a preview of what will surely be the most exciting TC Jazz Festival ever (June 28-30).

All day Saturday (1/14), it’s the annual Roseville Winter Jazz Blast held at Northwestern College. Throughout the day, 18 middle and high school bands will perform and attend clinics, building up to a concert finale in the evening with the JazzMN Orchestra and special guest, guitar whiz Mike Stern. Stern performed with JazzMN during their 2010 concert season and his interact with the band was truly exciting. The festival is open to the public at no charge, and the evening concert (7:30 pm) is very reasonable. A good way to enjoy a cold winter day—inside with nonstop jazz!

An interesting alternative on Saturday night: Bach and Jazz at St. Paul’s Celtic Junction, sponsored by the Bach Society of Minnesota. I’ve often been struck by the underlying baroque of some approaches to jazz improvisation, and tonight the connection will be more overt when the jazz trio Framework (Chris Olson, Chris Bates, Jay Epstein) join some Bach aficionados (Jin Kim, baroque violin; Julie Elhard, viola da gamba; Paul Boehnke, harpsichord) to pay homage to Johann Sebastian and play some Bach-inspired jazz. Dan Gilliam of MPR will lead a discussion between Boehnke (Bach) and Olson (Jazz).

Come back to the AQ Saturday and Sunday! Saturday night (1/14) will be the St Paul solo debut of a rising star pianist, Richard Johnson. So who is Richard Johnson? One-time pianist with the Wynton Marsalis Septet and Jazz at Lincoln Center Orchestra, Johnson has continued his charge with the likes of Russell Malone and Bobby Watson. He last appeared in St Paul at the TC Jazz Festival in 2010, with Watson’s quartet. Tonight he highlights the music of West Side Story, supported by our local heroes, Graydon Peterson on bass and Reid Kennedy on drums.

Thursday night (1/19), the Atlantis Quartet makes a too-rare appearance at the Dakota, and tonight it’s also KBEM’s Jazz 88 Restaurant Tour, meaning a special menu package for those who sign up on KBEM’ site (if reservations remain). But it’s otherwise an open night to come down, order off the menu or just enjoy a glass of wine or a plate of fries with one of the best modern jazz ensembles in town, headed by guitar ace Zacc Harris with fellow improvisers Brandon Wozniak, Chris Bates and Pete Hennig.

Thursday night (1/19) is the annual South High School Singer Showcase, this year featuring guest Connie Evingson with the acclaimed South Jazz Ensemble and a “showcase” of young vocalists from the South Pops Singers. This year the singers have received special coaching in the art of jazz singing from local singer/educator Rhonda Laurie, with support from the Jazz Artists in the Schools (Midwest Regional Arts Council) grant to the Dakota Foundation for Jazz Education. And you never know, one of the alums of the Pops Singers is Jose James, one of the brightest new stars on the jazz planet. You might be hearing a star of the future as well as one of the brightest local stars of the present. An unfortunate conflict, on the same night farther south at Roosevelt High School, the jazz band led by Tom Wells will perform with guest artist/clinician Amber Woodhouse. Saxophonist Amber, a graduate of St Paul Central High School and the Berklee College of Music, was herself a young teen star and member of the first Dakota Combo. Also supported by the Dakota Foundation for Jazz Education via its MRAC grant, Amber has been working with the new Roosevelt jazz program this winter.

More Jazz!
For updates and more gigs, check out the jazz calendar on the KBEM website! Some additional recommendations for the coming week: