Twin Cities Jazz Week(s) in Review: From Mallinger to Russell 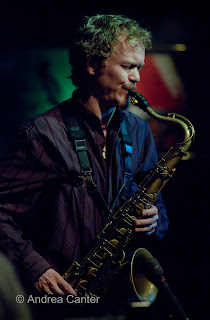 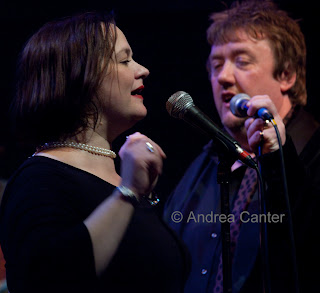 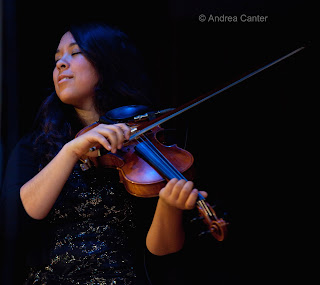 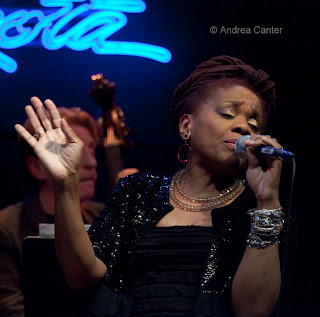 Never think there’s too much music around the Twin Cities -- but sometimes I have trouble finding time to write about it. Over the past two weeks, we’ve had some enticing visitors as well as accomplished local artists, some expectedly fine music and some surprises. And some celebrations that quickly put listeners in a holiday mood—even without holiday themes.

Pat Mallinger Quartet at the Artists Quarter, November 25-26. Thanksgiving weekend now seems incomplete without a visit from St Paul native Pat Mallinger. Visiting family and friends from his base in Chicago, the inventive saxman played four sets with a sympathetic team of Bryan Nichols on piano, Graydon Peterson on bass and Kenny Horst on drums. Mallinger was celebrating his latest CD, recorded live at the Green Mill with another AQ favorite, Bill Carrothers. But European touring prevented Carrothers from a home-town holiday, and you couldn’t ask for a better alternative on keys than Nichols. Not much from the recording made the set lists—but the title composition “Home on Richmond” was as rich and vibrant as on the CD, perhaps a bit more flowing as Nichols tends to use longer lines than Carrothers. With a band that just came together for this weekend, Mallinger called mostly covers, but not just the usual fare—Ellington’s lovely “Angelica” with particularly glowing work from Peterson; Jobim’s bouncy “So Danso Samba” with Nichols churning freely (so this is what Monk might have done with a samba?); Pat joyfully quoting Coltrane on the 1930s hit, “Close Your Eyes” and Sonny Rollins on his own “On One and Three.” And his tribute to his dad (who was there on Friday night), “Oakdale Avenue,” soared high both nights, a gorgeous ballad that opened wide spaces for the multiple layers of Bryan’s piano. All in all, it was a weekend of wicked blowing and majestic slowing.

Mary Louise Knutson Trio, CD Release at the Dakota, November 30. No surprise here. After a standing room only celebration a week earlier at the AQ, our resident poet laureate of piano repeated the feat across the river, filling up the Dakota with a lot of original songs from both the new In the Bubble and her debut album, Call Me When You Get There. With her core trio of Gordy Johnson and Phil Hey, Mary Louise captivated the audience with her elegant touch and powerful arrangements. Well, maybe some were surprised. One man mentioned he had only heard Mary Louise with the JazzMN Orchestra and did not realize she had such talents as a composer and chamber performer. Hopefully the new recording will keep these talents on public display.

Christine Rosholt and Kevin Hall, CD Release at the Dakota, December 1. The Dakota stage had little chance to cool down before Christine Rosholt brought in her own festival to celebrate the release of Pazz, her pop/jazz project with British songwriter Kevin Hall. That Christine was behind yet another project was no surprise. That she can knock out potential pop and R&B hits as if it was her usual bread and butter was not so predictable. Hall wrote a bunch of songs with Christine in mind after hearing her at the Dakota on a 2008 visit. And over the next three years, the pair went in and out of Creation Audio with a cast that reads like the Who’s Who pages of Twin Cities jazz. And few on the recording missed the party. Perhaps most notable was the performance of the Hornheads, surely one of the top brass ensembles in the Midwest and beyond. And we hardly ever hear them in full around here. Lucia Newell came on to recite a Spanish introduction and share vocal duties with Christine on “Midnight Moon” and take the spotlight on an original song; the show turned theatrical with the introduction of the Pazzettes—red and pink-wigged singers Sophia Shorai, Katie Gearty and Rachel Holder playing back-up to Christine on a rockin’ “Pazz”; some fine R&B renditions from the Marvin Gaye and Michael Jackson songbooks with J.D. Steele adding a gospel touch. But the shiniest moments came on Hall’s original tunes, particularly Christine’s pairing with Dave Jensen’s trumpet (“Just Say You Will” and “Better Off Alone”) and a duet with the two principals (“So Not Over You”). It’s clear that Hall is not over Rosholt… and I suspect there will be a follow-up to take their “pazz” even farther.

PipJazz Sunday, Pippi Ardennia and Esera Tuaolo at Landmark Center, December 4. This concert marked the end of the first season of the monthly PipJazz Sunday, the brainchild of vocalist Pippi Ardennia and drummer Glenn Swanson. And it was the second concert that not only highlighted a stunning guest artist, but also brought to the stage an outstanding student guest. Ardennia can command an audience all by herself, from sultry ballads to down-home blues, but her guests always push her up a notch, and vice versa. Former NFL player Esera Tuaolo proved jocks can sing, his rich voice soaring on “Hallelujah;” Pippa always includes her original “Love So Good” but never without a change in mood, and perhaps never “so good” as the swampy reading this evening. If Tuaolo surprised some in the audience, then 16-year-old violinist Zosha Warpeha stunned most with her swing, her energy, and her mature string delivery and improvisation skills. After playing her selected “Over the Rainbow” and “Mahna de Carnival,” beautifully, Zosha was having too much fun to leave—Pippi invited her to sit in the rest of the way, and her presence just added another level of enthusiasm, on stage and in the audience. The PipJazz Youth Program seems to be attracting more to Weyerhauser Auditorium, and not just family and friends. Giving young artists not only a chance to perform in public, but to perform as part of a band of established professionals in a concert hall setting, is a unique and highly motivating component of music education. When PipJazz starts up its second season in March, student guests will continue to be a vital part of each program.

Catherine Russell at the Dakota , December 5. This was my surprise and I suspect the same for many others at the Dakota. While Catherine Russell comes with a stellar jazz pedigree (her dad Luis Russell was an arranger for Louis Armstrong and her mom Carline Ray, at 86, still plays the bass), she spent most of her career through her 40s singing rock and blues, touring with Steely Dan among others. But fortunately for jazz fans, she found her way back to her roots in the past decade and now tours with a classy swing trio (guitarist Matt Munisteri, pianist Mark Shane, bassist Lee Hudson). Generally her sound comes from the era of her set list, the songs of the 20s, 30s and 40s; her phrasing and stylings suggest Billie, Ella, and Sarah while her voice exudes its own special charms; she notes Armstrong as a strong influence. The long set included tunes from Ella’s and Hoagy Carmichael’s songbooks, some Fats Waller, all swingers but none of the obvious fare. And when she got down to the blues (and I do mean down), she was as wicked as any, particularly on the song she noted was banned at one point, “My Kitchen Man.” Which threw out everything but the kitchen sink in thinly disguised Penthouse lyrics. Like Barbara Morrison (equally swinging but with a more urbane sound), she sold every note at full price. And on both sides of the stage, everyone had a lot of fun. Somehow I missed her when she came to town a year or two ago. I won’t make that mistake again.

Photos (top to bottom): Pat Mallinger at the AQ; Christine Rosholt and Kevin Hall at the Dakota; Zosha Warpeha at Landmark Center (PipJazz); Catherine Russell at the Dakota (all photos by Andrea Canter)
Posted by Canterjazz at 10:48 PM