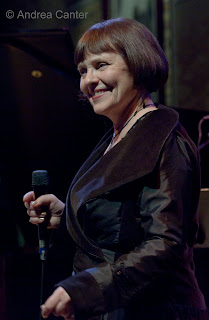 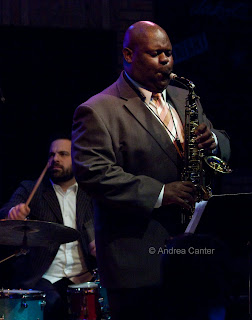 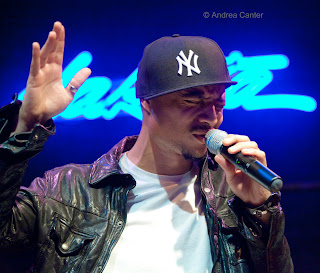 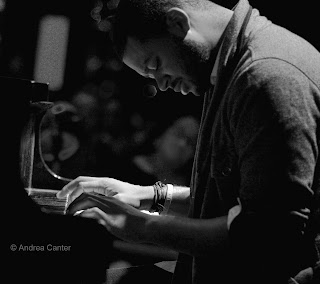 I feel like I have music coming out of both ears, so much went into them in the past week! And even for me it was an eclectic assortment.

Doc Severinsen and the Minnesota Orchestra (“Jingle Bell Doc”) at Orchestra Hall, December 9. He’s a bit over the top sometimes but there’s no denying Doc Severinsen can blow that trumpet. What many of us did not know was that Severinsen’s talent extends across generations, to granddaughter/singer-songwriter Blaire Reinhard and grandson, singer/pianist Gray Reinhard. Progeny distinguished themselves admirably on original, country/pop infused songs. Severinsen also introduced soprano Vanessa Thomas as his “daughter,” apparently an honorary kinship, but her soulful voice carried well in the big hall in front of the big orchestra. With the Minnesota Chorale spreading holiday cheer, and the unique bell choir, Twin Cities Bronze, it was an evening that covered a wide range of music and holiday traditions.

Arne Fogel and Maud Hixson, The Crosby-Clooney Story at the Bloomington Center for the Arts, December 10. Once a busy and popular jazz duo, Arne and Maude have performed together less often in the past few years, but when they do, it’s magic, just like the partnership of Bing Crosby and Rosemary Clooney. With swinging backing from Rick Carlson, Steve Pikal and Dick Bortolussi, Arne and Maude traced the Bing and Rosie partnership through its beginnings in the 50s through Bing’s death, on radio and on record. And of course there were songs from White Christmas. Charming, informative, and always musical. (They will be back in Bloomington with Reeves Carey to salute Frank Sinatra in “Frankie Goes to Hollywood” in February.)

Teri Roiger and John Menegon, Camp Heartland Benefit at the Dakota, December 12. Maybe a private function does not belong in this review, but… it’s my review! And it was a benefit open to the public for a great cause, Camp Heartland for children with HIV, AIDS and other isolating conditions. It was as much the music as the cause that drew me in, as it has been a good five years since either vocalist Teri Roiger or husband, bassist John Menegon, have performed locally. Roiger is one of the most inventive-yet-accessible vocalists on the modern jazz scene, awaiting a spring release of her Abbey Lincoln project. Menegon is a tasteful bassist with impeccable credentials, having toured extensively with both David “Fathead” Newman and Dewey Redman. For this gig they were supported by Laura Caviani and Jay Epstein, and it all made for a delightful quartet that deserves its own audience in a listening environment. Most of the music was holiday-themed, but even sleigh bells ring with more intensity when given new interpretation from artists like Teri Roiger. On my list, Santa, bring me a Twin Cities gig with Teri and John in 2012.

Box Car (Jeremy Walker, Anthony Cox, JT Bates and Wessell Anderson) at the Dakota, December 13th. Saxman-turned-pianist Jeremy Walker may become the Duke Ellington of the early 21st century. At least he is following the path of his hero in significant ways, particularly as a composer, arranger and bandleader. His latest project is the quartet Boxcar, featuring co-leader and internationally renowned bassist Anthony Cox, creative drummer JT Bates, and swinging saxman Wessell Anderson, on hiatus from Jazz at Lincoln Center and his own Cannonball Adderley project. Walker’s own compositions varied from the elegant repetition of “Skateboard Guy” to the prayerful abstractions of “All of Us” to the Monkish swing of “Hey, City Bumpkin!”. Cox contributed “Work in Progress,” featuring his arco introduction to the controlled energy of the whole, particularly his later solo, suggesting a classical bassist on steroids. But Anderson was the focal point, his alto sax soaring like Charles Lloyd playing Mingus on “All of Us,”soloing with swinging bounce on Cox’s “Country Stuff,” always shining be it blues or bop or something more abstract. On a short tour this month, Boxcar will play four nights at Jazz Standard in Manhattan in May.

José James at the Dakota, December 14. When he performed at the Dakota in 2010 with just piano accompaniment, he came on stage dressed in a tailored suit, sliding movely through mostly ballads from his glorious For All We Know. When the South High grad brought his quartet out for the first set at the Dakota, all bets were off. With his leather jacket and Yankees cap siden-angled, José James looked as much a gang wannabe as a one of the most popular male vocalists on the planet, an image initially fueled by the hip-hop cadence and lyrics of his opening song and further promoted when he removed the cap to reveal what resembled graffiti cut/stenciled into his short hair ("Nikki G," his wife) . But you can’t pigeon-hole José James, be it on home turf or European concert venues. While he just returned from a tour with McCoy Tyner featuring the songs of Coltrane and Hartman, his new hip-hop single “Trouble” is traveling virally around the globe.

And for his 80-minute set at the Dakota, James rolled it all into one integrated package, not only proving that hip-hop, jazz and soul are meant for each other, but also introducing stars-in the making, pianist Kris Bowers and trumpeter Takuya Kuroda, and bringing back all-star drummer Nate Smith (Dave Holland, Chris Potter). Tunes like “Save Your Love for Me” and “Feel Like Making Love to You” could have been written yesterday; Coltrane’s “Equinox” soared and smoldered from modern jazz improv to serious blues with the sudden dynamic shifts that characterize Tyner…. and James. The set-closer with hand-clap “choir” signaled yet another collaboration, James and North African writer Hindi Zahra, bringing hip-hop and post bop into alignment. (The two team up on the music of Billie Holiday this spring in Brussels.) The older generation, many connected to James through South High, and the younger audience, more attuned to hip hop and rap, seemed equally pleased.

And keep an ear on Kris Bowers. The Juilliard grad and recent winner of the Thelonious Monk International Piano Competition is not along for the Jose' James ride without good reason. He seems adept at any tempo, any mood, and his monster hands can fly across the 88s or delicately weave through a ballad with soul and savvy.

Photos: Teri Roiger at the Camp Heartland Benefit; Wess Anderson with JT Bates (Boxcar) at the Dakota; José James, and Kris Bowers at the Dakota.
Posted by Canterjazz at 3:23 PM