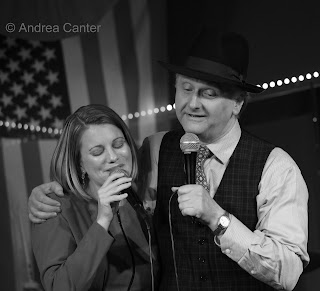 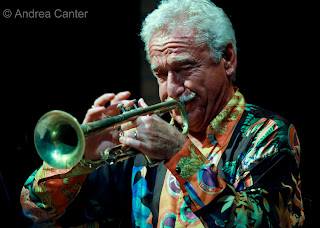 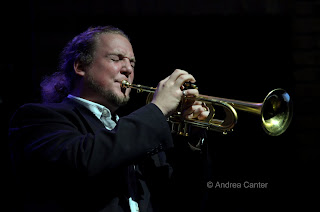 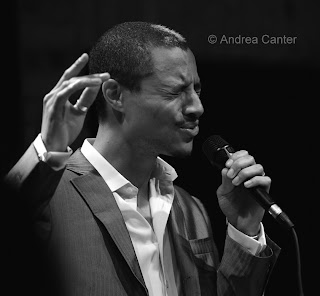 More holiday-themed events as well as the “usual” wide range of jazz will keep spirits bright this coming week.

Highlights This Week
The “Jingle Bell Doc” (Severinsen) returns to Orchestra Hall to add some holiday fun to the Minnesota Orchestra (12/9 and 12/11 matinee). I last heard Doc with a small Latin ensemble at the Dakota Jazz Club, and was impressed with his lively swinging trumpet. The fare will be different at Orchestra Hall, far more seasonal and, in front of the orchestra, certainly more symphonic. If you only remember Doc from The Tonight Show, you might want to experience his musicianship from this perspective.


Down the street at the Dakota Friday night (12/9), one of our favorite expat Minnesotans, Bruce Henry, holds everyone’s attention, his crushed velvet baritone dancing around Charlie Parker and George Gershwin as well as some R&B and blues.

Not specifically a holiday revue, we can still expect some songs from White Christmas when Arne Fogel and Maud Hixson bring Bing and Rosie to life in “The Crosby/Clooney Story” at the Bloomington Center for the Arts (12/10). Although they used to be one of the hottest duos in Twin Cities clubs, Arne and Maude have most often paired on theater stages in the past few years, particularly in Arne’s various musical revues at Bloomington, Burnsville and Hopkins performing arts centers. Long known as a Bing Crosby scholar, Arne hosted the popular Bing Shift on KBEM and has been exploring the Crosby archives for some time. And Maud’s been researching Rosemary Clooney, so you know this show will go beyond the music and give us a glimpse of the personalities behind it.

And fasten your seatbelt as Red Planet blasts through our galaxy this weekend (12/9-10) at the Artists Quarter. Our favorite cosmonauts, Dean Magraw, Chris Bates and Jay Epstein will reprise the music of their spring release, Space Dust as well as a new Coltrane medley, Monk, and other treats. Speaking of treats, the first set on Saturday night will feature Dean going solo while Chris and Jay finish upstairs at the Park Square Theater in The Soul of Gershwin.

One of the bright young brass voices on the local jazz scene, trumpeter Adam Meckler debuts his Adam Meckler Orchestra with a raft of new compositions and arrangements under the baton of Dean Sorenson, Monday night at O’Gara’s. And his big band has some big names—Bryan Nichols, Chris Bates, Brandon Wozniak, Pete Hennig—as well as a bunch of young up-and-comers. (In other words, there are some terrific 30-somethings here with some terrific 20-somethings nipping at their heels.)

Monday night (12/12), there’s a cool benefit at the Dakota for Camp Heartland, with both dinner and show-only tickets available (see links on Dakota website). In addition to the live auction and hors d’oeurves, music will be provided by guest vocalist Teri Roiger and husband/bassist John Menegon, with Laura Caviani on piano and Jay Epstein on drums. I first heard Teri when she was booked into the Artists Quarter about five years ago; John appeared with David Fathead Newman at the KBEM Winter Jazz Festival that year. Teri has long been recognized for her modern interpretations of standards and original music, and will soon release an album tribute to Abbey Lincoln. John played regularly with Newman and Dewey Redman, and continues to record, compose, arrange for Teri and his own bands. They’re an amazing team.

And speaking of amazing teams, check out Jeremy Walker’s new band, Box Car, arriving at the Dakota Tuesday night and featuring Wynton’s saxman Wessell “Warmdaddy” Anderson, with Walker on piano, Anthony Cox on bass and JT Bates on drums. It will be a New York moment (or a couple hours) for the band on its debut tour, playing “original jazz music that combines the panache of New Orleans and the drive of New York, with the free-spirited underground jazz of Minneapolis.” Count on Walker, now living in New York, to assemble a group of musicians who can improve upon any music that comes their way, from Armstrong and Ellington to their own inventions.

The Dakota has the hot stage this week, with a welcome return of fast-rising star singer and hometown hero José James on Wednesday (12/14). In the company of recent Monk Piano Competition winner Kris Bowers and fellow South High grad, New York-based bassist Chris Smith, James brings music hot off his recent European tour with McCoy Tyner. Expect some Coltrane and some more soul-oriented tunes from one of the best male voices of the last decade.. and likely one of the very best of the next.

More Jazz All Week!
The most comprehensive and updated listing of Twin Cities jazz can be found on the KBEM website. More recommendations: