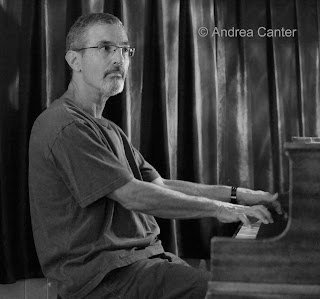 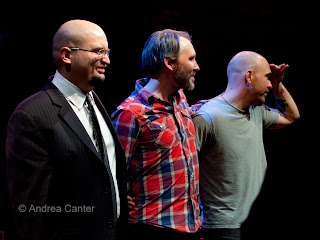 Year 2011 is soon to be “last year,” but there’s plenty of great music around town to enjoy over the coming week, even on Christmas Day. Tickets and gift cards to your favorite club make great gifts!

Highlights This Week
It’s tradition! The Bad Plus come to town over the holidays and give us a preview of their upcoming residency at the Village Vanguard in New York. So New Yorkers might get TBP for New Year’s Eve, but in the Minni-Apple, we get them first, and we’ve had the trio for the most years. In fact, in the general Twin Cities area, we’ve had Ethan Iverson, Reid Anderson and Dave King since the beginning. Since their first improvisations. In 2010, Iverson (from Menonomie) and Reid and King (from Golden Valley) celebrated ten years of bodacious collaboration, and now they come into the Dakota for their 11th consecutive holiday gig, starting tonight (12/23) and picking up again on Sunday/Monday (12/15-26) before heading to the Vanguard. Their last recording (Never Stop) was filled with original music, while their acclaimed 2011 spring tour featured their interpretation of Stravinsky’s Rite of Spring. Will they never stop? We hope not. Expect some surprises in 2012! (Well, that’s of course totally predictable!)

Friday night only (12/23), the Artists Quarter hosts a holiday celebration with the Phil Aaron Trio, special guests, CD give-away and other treats. One of the most consistent and elegant pianists in town, whether leading his trio or comping with great voices like Lucia Newell or collaborating with the likes of Phil Hey, Phil can be counted on to give you a special evening. He’s joined by bassist Billy Peterson and drummer/AQ owner Kenny Horst for this holiday party gig. (AQ closed Saturday and Sunday!)

It’s always a special night every Friday and Saturday at D’Amico Kitchen in Le Meridien/ Chambers Hotel. Grab a drink or a snack or light entrée and let the Benny Weinbeck Trio do the rest! One of the area’s most accomplished pianists, Weinbeck has a long-standing rapport with bassist Gordy Johnson and drummer Phil Hey. Gordy notes that this is “really kind of fun, and it's an ‘artsy’ environment. Le Méridien Chambers Minneapolis is an interesting building with a lot of modern artwork all over the place, some really good food, etc., etc.” Don’t be thrown by the fact that this is a downtown restaurant on weekends—there’s seats at the bar or tables and the dinner crowd thins out by 8:30—music til 11:30 by a trio that could easily draw a crowd in New York. But we have them here. With valet parking. Open Christmas Eve!

The AQ has a few more special nights in the coming week. On Wednesday (12/28), get a glimpse of the future of jazz when the Minnesota Youth Jazz Band and alumni open the evening under the leadership of jazz educator David Mitchell, and then stick around for a heavy dose of Jazz Present Tense with the Phil Hey Quartet. Although they might suggest the bebop glory of Jazz Past (Modern Jazz Quartet?), Phil and company have their ears on the future and never disappoint. On Thursday (12/29), it’s a cross-generational duo with pianist Dan Cavanagh and former mentor, vibes master Dave Hagedorn. If you have not heard their 2010 release, Horizon, quickly add it to your wish list! Sublime, elegant, intriguing.

MYJB highlights young musicians mentored by jazz educators; the Quentin Tschofen Trio, playing Thursday night (12/29) at the Acadia Café, highlights slightly older young musicians striking out on their own. Tschofen played a solo set yesterday at Landmark Center, part of the Schubert Club Courtroom Concert series, and was dazzling in his interpretations of Monk and JP Johnson, as well as his own composition. Heading to New York to start studies at the New School in a few weeks, Quentin will be joined at the Acadia by college student musicians, bassist Ted Olsen and drummer Matt Buckner.

More Jazz, Every Night
Keep up with jazz in the Twin Cities via the KBEM jazz calendar, Jazz Police, TCJS and of course, live jazz radio at 88.5 FM.

Photos (top to bottom): Phil Aaron; The Bad Plus (Photos by Andrea Canter)

Posted by Canterjazz at 1:40 AM