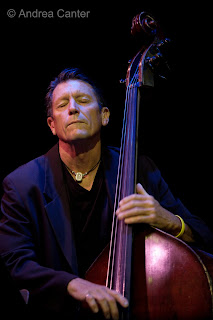 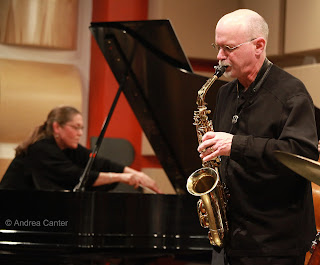 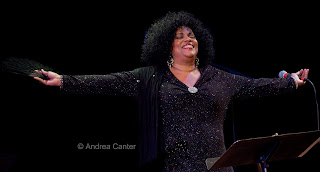 ‘Tis the season for holiday music. Seems to get earlier every year. At Orchestra Hall, seems every other night has a festive spin, and the clubs and other venues around town are billing more and more “holiday shows.” But even Scrooge could find some great jazz down the street in coming weeks.

Highlights This Week
What Would Monk Do…. in 2011? Since his music in mid-20th century seemed to come from some future planet, he would probably feel right at home at the Artists Quarter this weekend (12/2-3). This quartet (Steve Kenny, Peter Schimke, Billy Peterson and Kenny Horst) take Monk for a playful romp. Not a lot of jingle bells. And not far away at the Black Dog, another quartet mixes up some futuristic mischief of its own design, when Community Pool/Deep End curators Nathan Hanson and Brian Roessler bring on the free improvising team of Ellen Lease and Pat Moriarty for a night of curious inventions in varying combinations, Friday night only (12/2).

But if it’s a holiday mood you are looking for, look no farther than Orchestra Hall and the quasi-annual visit from trumpet king Chris Botti (12/2). Yes, he’s made his reputation (and fortune) topping contemporary jazz charts and wooing pop-oriented audiences, but along the way he’s gathered accolades from real jazz critics for his real jazz chops. And he has a penchant for selecting similarly skilled collaborators who are best known for their work in jazz clubs. Take his keyboard partner for instance—it’s one of the Twin Cities’ favorites, Eau Claire native Geoffrey Keezer. This won’t be Monk and it won’t be free improve, but it will be real music. And in a holiday spirit.

Come Sunday (12/4), it’s time for the monthly installment of PipJazz Sunday at Landmark Center. This time, host and soaring singer Pippi Ardennia welcomes special guest, vocalist and former NFL player Esera Tuaolo. We can expect some sensational duet supported by a crackerjack rhythm section. (Didn’t we just hear Peter Schimke and Billy Peterson at the AQ?) Also on the bill—the monthly “student guest artist,” this month with an amazing young violinist, Zosha Warpeha, a student at Perpich who fiddles in bluegrass, classical and jazz well beyond her 16 years.

Midweek, guitarist Dean Magraw and tabla partner Marcus Weiss celebrate the first Tuesday of the month at the Black Dog (12/6), with the Zacc Harris Quartet on the bandstand Wednesday night (12/7)—that’s two consecutive nights of edgy improvisation in Lowertown. Or just relax with a cocktail at the Woman’s Club of Minneapolis, where Connie Evingson holds her monthly Jazz in the Lounge (12/7), this month saluting the holidays with Sanford Moore on keys.

• Tuesday, December 6: Joel Shapira at The Nicollet; Cory Wong Quartet followed by the Tuesday Night Band at the Artists Quarter; Dirty Wontons at Café Maude; Jack Brass at the Driftwood; Acme Jazz Company at the Shorewood

• Wednesday, December 7: Steve Kenny and the Bastids at the Artists Quarter; Charmin Michelle and Denny Malmberg at Fireside Pizza