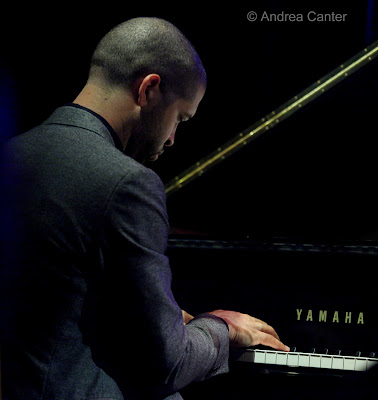 Only 36, pianist Jason Moran has been appointed Artistic Advisor for Jazz for Kennedy Center, a post held by NEA Jazz Master Dr. Billy Taylor until his death this past year at age 89. Despite his youth, Moran’s appointment is hardly from left field as the Texas native has held numerous residencies including through the Walker Art Center; his numerous projects have included compositions based on paintings and a reworking of Thelonious Monk’s famed Town Hall concert. Moran’s duties at Kennedy Center will include selecting artists and developing the acclaimed Kennedy Center jazz program, which has included more than 30 performances each year, NPR broadcasts and the annual Mary Lou Williams Women in Jazz festival and competition.


Passing the torch to Moran is quite logical. Perhaps more familiar as a protégé of Jaki Byard, Moran traces his lineage back to Billy Taylor as well. At age 16, Jason attended a master class from Taylor at his high school, and his first performance at Kennedy Center came in 1998 through a program to identify young talent. Moran has long considered Taylor a mentor. “At a certain point, my generation has to stand up to continue to hand down the information that has been given to us. Billy has been a person who bridged the gap between jazz and the American public ... So that’s the thing I want to continue to model in whatever I do.”

Moran of course is a 21st century musician known more for his advanced approaches to improvisation than traditional bop and swing. But Kennedy Center director Kevin Strutherrs noted that “we have selected someone who is firmly rooted in the traditions of the music…It is important that we pay homage to the past, and I think Jason does that through his music, but he puts it in a contemporary setting.” Given his ongoing work with his famed Band Wagon trio and on the piano bench for the ever-exploring Charles Lloyd, we should expect that “contemporary setting” to just expand further with Moran advising one of the most influential music programs in the country.

Photo: Jason Moran, at the Dakota Jazz Club with the Charles Lloyd Quartet in fall 2010. (Photo by Andrea Canter)
Posted by Canterjazz at 12:50 PM