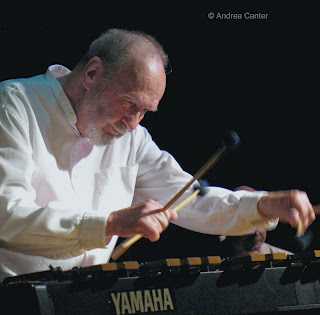 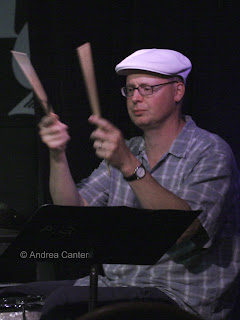 Marv Dahlgren, well-known Twin Cities’ percussionist and educator, has launched an initiative that he hopes will raise global awareness of world hunger. His new Global Drummers Alliance calls upon drummers to send the message via a global performance of “Three Camps” on January 14th at 2 pm CST. His fellow drummer (and former student) Dave Stanoch is hosting Marv’s website, which provides background and information about this initiative. If you are a drummer at any level, please consider joining in this demonstration, wherever you are!

Dahlgren, now 86, was the principal percussionist with the Minnesota Orchestra for 48 years as well as a renowned educator and author of texts on drumset method. But these days he is drumming up interest in the fight against world hunger via Global Drummers Alliance. Using the drums has long been an effective way of communicating, so Marv invites drummers everywhere to send a message around the world on Saturday, January 14th. At 2 pm, raise your sticks and play the classic snare drum solo, “Three Camps.” Originally this piece was played in wartime to rally soldiers, and it can be found online.

To raise awareness of world hunger, Marv asks that all who participate send a personalized copy of the official press release in advance to local print, radio, television and web media about the location of your local gathering. The press release is available in PDF, here. Remember that the performance on January 14th will be short—it’s the awareness generated in the media that will give the project impact.

Global Drummers Alliance is not collecting donations or asking that others solicit funds. Remind media and others of the many organizations that exist to raise funds to fight world hunger and encourage donations. Remember, every penny helps someone who desperately needs it.

Marv and Dave remind us that professional players, teachers, students at every level, drum shops and more can participate in this one-of-a-kind event. Marv says, "You could be riding a bus and pull out your sticks at the chosen time and if someone asks why, you can tell them you're raising awareness to help end world hunger."
So get out your sticks, spread the word, and send your message loud and clear on January 14! And if you know a drummer, drum teacher or drum student--in any genre--tell them all about it!