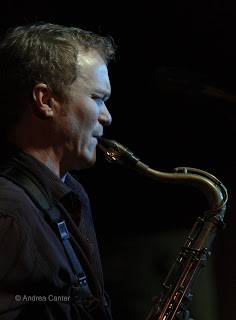 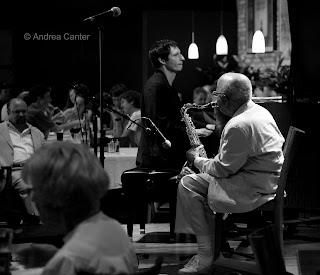 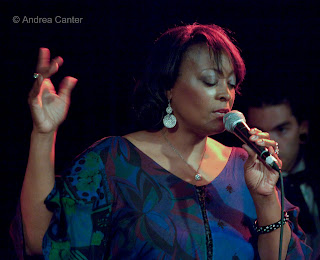 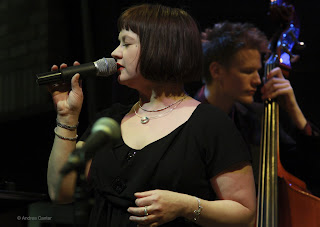 Highlights This Week
A long-time favorite of Artists Quarter audiences, saxophonist Pat Mallinger (11/25-26) returns to his home town for his nearly annual post-Thanksgiving romp, this time celebrating the release of Home on Richmond. Recorded live at the Green Mill in Chicago, the recording also features one of our own international stars, pianist Bill Carrothers. With Bill tied up with performances in Europe, for AQ gig, Pat’s enlisted a worthy alternative, Bryan Nichols, along with bassist Graydon Peterson and drummer Kenny Horst. Mallinger seems to take his music up a notch with each recording, and Home on Richmond is filled with spiky excitement, from Mallinger’s title track and Carrothers’ glorious “Snowbound” to inventive takes on “Smile” and “Nagasaki” and transcendent covers of Charles Lloyd and John Coltrane.

Back at the Dakota for the holidays! The savvy piano/sax duo of Peter Schimke and Irv Williams (11/25) returns for Happy Hour every Friday night. With Schimke’s deft touch and William’s soulful horn, and their telepathic communication on stage, there’s no better way to wind down from a busy week (or busy holiday) than to spend an hour or two with Peter and Irv.

The Loring Pasta Bar’s “Musique Mystique” series continues Monday Night with vocalist Rhonda Laurie and guitarist Robert Bell (11/28). In the past year or so, the pair have performed together via Rhonda’s “Happy Days Are Here Again” project, funded through the Minnesota Historical Society and Minnesota Regional Public Libraries. But metro residents don’t need to travel to Graceville, MN to hear Rhonda and Robert – just to Dinkytown.

Mary Louise Knutson (11/30) had so much fun at her St Paul CD release last week, she’s taking the show across the river to the Dakota Wednesday night. Better plan to get there early—the AQ release party was standing room only. Celebrating In the Bubble with her core trio of Gordy Johnson and Phil Hey, ML has assembled a collection of new compositions and new arrangements of such standards as “Bluesette” and “It Could Happen to You” that evokes the swinging elegance of the great jazz piano trios of Evans and Jarrett. Even if you were there at the AQ, this music keeps drawing you back.

Lila Ammons (11/30) can trace her roots in boogie woogie and blues to grandfather Albert Ammons and uncle Gene Ammons, but she’s established her own career as a vocalist across both styles. Often performing in Europe with boogie-woogie pianist Axel Zwingenberger, she’s also launched a quintet of local musicians with a broader jazz palette. The quintet (with pianist Ted Godbout, bassist Zachary Warpinski, drummer Tim Zhorne, and saxophonist Dean Brewington) performs at Honey on Wednesday night.

The Twin Cities Jazz Society (Jazz From J to Z) and KBEM’s Big Band Scene team up to present one of the area’s premiere big bands, the Nova Classic Jazz Orchestra (12/1), celebrating the 100th birthday of Stan Kenton with a release of a recording of unpublished charts. These charts, by one of Kenton’s top arrangers, Bill Mathieu, put the spotlight on a number of Nova’s fine talents, as well as special guest saxophonist Dave Karr. The celebration will take place at Minnetonka High School’s Performing Arts Center, with the exemplary Minnetonka High School jazz band playing an opening set.

It’s been a three-year collaboration, from their first meeting to their final recording session. Local chanteuse Christine Rosholt (12/1) so impressed British songwriter Kevin Hall when a family visit brought him to a gig at the Dakota, he immediately suggested they team up to perform some of his original music. The result is a set of tunes, mostly written for Christine, that bridges her jazz inclinations with Hall’s rock/pop-flavored leanings—a hybrid they dub “Pazz.” And it’s not just Rosholt and Hall who will be at the CD release party at the Dakota Thursday night—they will be joined by nearly every cast member of the recording, including trumpeter Dave Jensen and the rest of the Hornheads, J.D. Steele, Randy Sabien, Lucia Newell, Estaire Godinez and more.

More Jazz This Week
The area’s most comprehensive jazz calendar can be found on the KBEM website. More recommendations:

• Tuesday, November 29: Cory Wong Quartet followed by the Tuesday Night Band at the Artists Quarter; Jack Brass Band at the Driftwood; Michael Gold at The Nicollett

Photos (top to bottom): Pat Mallinger at the AQ; Peter Schimke and Irv Wiliams, Happy Hour at the Dakota; Lila Ammons; Christine Rosholt with Graydon Peterson (all photos by Andrea Canter)
Posted by Canterjazz at 11:17 AM