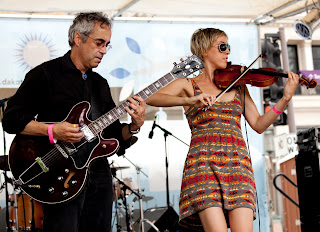 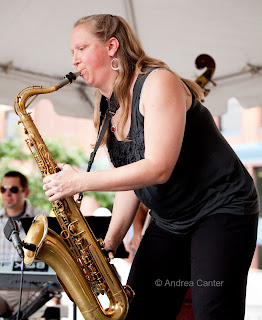 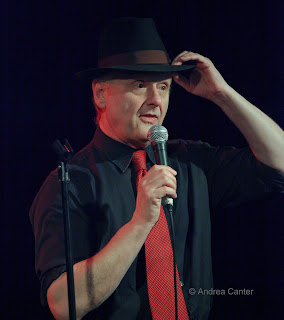 An exceptional weekend coming our way in Twin Cities jazzland! What better way to commemorate 11/11/11? And of course more into the week.

Highlights
The longest-running gig at the Artists Quarter, the Tuesday Night Band, occasionally appears on the weekend. But this weekend (11/11-12) is extra special because the best organ trio in the upper Midwest is augmented by one of the region’s most explosive, swinging saxophonists, Sue Orfield. Based in the Eau Claire area, Orfield spent some time in the Pacific Northwest where she repeatedly won honors as top blues saxophonist. Now heading her own band and performing with the Tiptons Saxophone Quartet and more, Orfield is also one of the most eclectic reed players around. She blew the top off the Sixth Street Stage at the 2011 Twin Cities Jazz Festival.

It’s not exactly a jazz event but then it is not exactly an event that fits into any genre: Billed as “A Once-in-a-Century Interstellar Blacklight Puppet Jam Party,” the eclectic “art rock” Galactic Cowboy Orchestra performs at the Ritz Theater Friday night (11/11), with blues-jammer Trent Romens and a special appearance by Z Puppets Rosenschnoz. I first heard this quartet of fiddle, guitar, bass and drums at the Dakota StreetFest last summer and they are totally fun (and skilled). So throw in blacklight puppetry, blues and comedy and it should be an unforgettable evening. Details on the band site.

Friday (11/11) at the Dakota, the gypsy swing quintet headed by guitarist John Jorgenson returns, and a last minute scheduling adds our own gypsy princess Connie Evingson to the bill. She’s performed with Jorgenson before, and it’s a partnership that was made in Django heaven. If your toes are still tapping come Saturday (11/12), head over to the Bloomington KC Hall for a swing dance sponsored by Big Band Scene (KBEM) featuring the many talents of the Acme Jazz Company fronted by our resident crooner, Arne Fogel.

Probably nothing could be farther from Django and a swing dance than Insurgent, a trio of free improvisers who will challenge each other as much as the audience, and it’s all for the good. Saxophonist Pat Moriarty, pianist Ellen Lease and drummer Phil Hey have established their individual and collective reputations for quick thinking and thoughtful playing in a world without rules, without restrictions. It’s the opportunity to watch and listen to the birth of new music. They’re performing Saturday night (11/12) at the home of experimental music, Studio Z in St. Paul, sponsored by the Twin Cities Jazz Society. And they should be done early enough to get you back across town to hear a too-infrequent appearance by expat Twin Citian Jeremy Walker, heading his Small City Trio in the Dakota Late Night slot. Composer and bandleader Walker, now based in New York, fortunately returns “home” now and then to give a progress report on his career as jazz pianist. (Small City Trio also plays the Red Stage on Wednesday, 11/16).

You can also watch and listen to the birth of new music careers when the PipJazz Sunday concert series continues at Landmark Center on Sunday (11/13). Usually it’s vocalist Pippi Ardennia, a terrific house band and a well-chosen guest artist. But the “guest artist” this month is a trio of student jazz musicians, each playing one or two tunes with the house band. And from this point on, each PipJazz Sunday concert will include one student guest artist, thanks to a partnership among PipJazz, the Twin Cities Jazz Society and Walker West Music Academy. This first student offering includes UW-Eau Claire pianist Quentin Tschofen and two students studying at Walker West, 16-year-old trumpeter DeCarlo Jackson and 13-year-old pianist Jordan Anderson.

It might seem an unlikely jazz venue but the music continues to flow at The Nicollet, a funky coffee house off Franklin and Nicollet. Curated by KBEM’s Maryann Sullivan, the Tuesday night series has offered a wide range of jazz from swinging vocals to cosmic instrumental ensembles. This Tuesday (11/15), catch new Graydon Peterson Group, headed by one of the metro’s most versatile bassists. No booze but great coffees, pastries and other goodies, and a cozy listening environment sometimes punctuated by swing dancers who seem quite adaptable to any jazz idiom. And no cover.

One of the legendary jazz/R&B singers working today, Al Jarreau makes a rare Twin Cities appearance on Wednesday (11/16) at Pantages. So how often does a jazz artist get a star on the Hollywood Walk of Fame?

KBEM’s great film series, REEL Jazz, continues Thursday (11/17, screenings at 7 & 9 pm) at the Trylon Theater with much heralded “1959: The Year That Changed Jazz.” In this one year, four iconic recordings were released, including Miles Davis’s Kind of Blue, Brubeck’s Time Out, Mingus’ Mingus Ah Um, and Ornette’s The Shape of Jazz to Come. And it seemed the world was at a crossroads as well, with school integration conflicts, the Vietnam war and Cuban Missile Crisis looming. The BBC documentary features interviews with Brubeck, Coleman, Lou Reed and Herbie Hancock. A second show at 9 pm was recently added and you might be able to get a ticket yet for this one—check KBEM online.

More Jazz!
You can get a pretty complete listing of jazz events for every day of the week online at KBEM. Some additional recommendations: