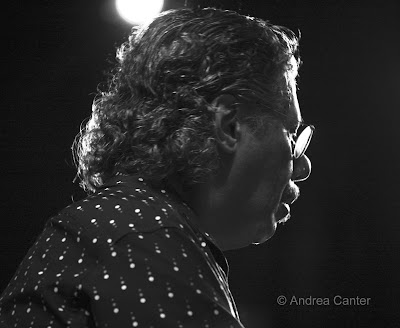 One of the icons of 60s and 70s music who has never lost his forward drive, pianist Chick Corea turns 70 this month. And for much of November, he is celebrating at the famed Blue Note in Manhattan with an all-star round-up of past and present collaborators, from duet mates Gary Burton and Herbie Hancock to his pioneering fusion band Return to Forever, his famed Elektric Orchestra, his recent gathering of giants in the Five Peace Band and more. I last saw Chick on the Dakota stage in late 2009 with Stanley Clarke and Lenny White, a short while after hearing him with the reunion of Return to Forever, and with the same trio at the 2009 Detroit Jazz Festival, where this photo was taken. I’ve long been a fan of Chick’s duet projects, seeing him live for the first time at the old Guthrie Theater with Gary Burton, and maybe two decades later when their reunion tour came to the Dakota. His duo recording with Hiromi (Duet) was sublime, but his new pairing with Italian star Stefano Bollani (Orvieto) sets a new standard for dueling jazz pianos. It’s a great birthday gift—from Chick to the listening world.