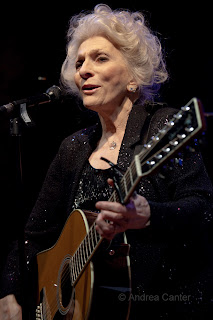 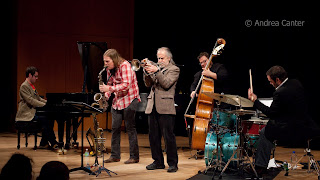 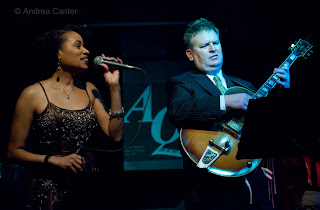 A few years ago, Minnesota Monthly irked more than a few jazz fans by proclaiming that jazz was too hard to find and too hard to understand. Or words to that effect. Apparently the editors at MM have found a way to resolve that dilemma, by finding jazz at an area theater and nonjazz at the area’s most renowned jazz club. The November issue’s “Best Of” selections include two that might intrigue or confuse local music audiences. But perhaps these selections best highlight what is really going on locally, and nationally, in live jazz.

Named “Best Jazz Venue” was the Capri Theater on Minneapolis’s northside. The Capri has been presenting primarily vocal jazz over the past few seasons, bringing such great voices as Debbie Duncan, Dennis Spears, Greta Oglesby, Regina Marie Williams, Charmin Michelle and more to the stage, often as part of the Capri’s noteworthy Legends Series in tribute to the greats of the genre, from Billie Holiday to Ella to Sarah and beyond. The Twin Cities Jazz Society brought Dave Milne’s Lester Young salute to the Capri in 2009 as well as the first-run of a new show from Arne Fogel, “Blue.” Of course the Capri hosts other music and other performing arts, but mainline jazz has been at the core of its recent seasons.

On the same page, MM anointed the Dakota Jazz Club and Restaurant as its “Best Club to Hear Singer-Songwriters.” And neither the editors, nor the Dakota, would claim that this title refers to jazz singer/songwriters like Rondi Charleston, Rene Marie or Tierney Sutton. No, this category includes those singers and songwriters like Judy Collins, Maria Muldauer and a younger generation out of the folk, blues and pop traditions. Lowell Pickett initiated his American Songwriters series quite a while ago, and to some degree it seems to have tapered off lately as the club has increasingly booked major blues, rock and pop artists, songwriters or not. MM notes the Dakota now books about “a quarter” of the lineup from non-jazz genres. Among national artists, I suspect that is closer to 70% of late. And it’s not a Dakota thing--this trend is apparent coast to coast at most major jazz clubs save the hard core clubs of Manhattan. (Just check the schedules at Yoshi’s in San Francisco or Oakland.) The best of popular music, broadly defined, now comes to clubs that formerly booked jazz artists, new and legendary. How do we compare the drawing power of Joe Lovano to Little Anthony and the Imperials? And should we?

There’s an upside to this, at least locally. The Capri Theater is not the only venue to add jazz to its roster on a regular basis. If we are seeing far fewer club gigs for jazz artists, we are seeing far more jazz at theater venues. The Loring Theater (formerly Music Box) near downtown Minneapolis has brought in the likes of The Bad Plus, Marco Benevento, Matthew Shipp and KBEM’s summer Jazz Party. St. Barnabas Church in Plymouth has been running its monthly Jazz@St Barney’s series for several years. Studio Z in St. Paul’s Lowertown district has often booked avant garde and experimental jazz artists and now, thanks to a grant to Zacc Harris, has a monthly Jazz at Studio Z series through spring 2012. MacPhail Center for Music continues its Jazz Thursdays concerts and occasionally books other jazz artists for master classes and performances. Walker Art Center, in 2010-2011, boasted perhaps the most exciting series of jazz concerts in town, with Brad Mehldau and Dave Douglas highlighting the New Music series. Then there's the little underground performance space, Jazz Central, run by musicians Tanner Taylor and Mac Santiago to provide a place for musicians to do their own thing without concern for the bottom line. Every Monday night, there's one or more invited artists jamming and inventing and collaborating, creating some of the most exciting music in town.

Both the Bloomington Center for the Arts and Hopkins Center for the Arts include jazz on their season schedules, with Butch Miles, the Peterson Family, Joan Griffith and Sam Miltich, and more in Bloomington, while Joe Lovano’s Us Five, Connie Evingson, Evan Christopher and more will appear in Hopkins. The JazzMN Orchestra season, held at the Hopkins High School Performing Arts Center, schedules four concerts each season, often with a major visiting star (this season, including John Clayton and Terell Stafford). The Twin Cities Jazz Society brings 7-10 concerts to multiple venues around the metro each season, some as a cosponsor with other presenters, some on its own-- this season including cosponsoring Joe Lovano in Hopkins and local artists at Studio Z, the Artists Quarter and area high school auditoriums. And Orchestra Hall, which has long presented some jazz every season, now has its own Artistic Director for Jazz (Irvin Mayfield) and the increasingly interesting Piper Jaffray Jazz Series. This season, visiting artists include the Jazz at Lincoln Center Orchestra, Herbie Hancock’s solo piano concert, Kurt Elling and Lizz Wright, and Mayfield. And oh yes, the Capri Theater’s Legend series continues this season.

Small area music clubs may come and go, and the presentation of jazz waxes and wanes, but there seems to be a growing commitment to presenting (if no supporting) local jazz artists, from the new Tuesday night series at The Nicollet to the edgy bookings each Wednesday night at the Nomad World Pub to the ongoing schedules at the Black Dog, Café Maude, Loring Pasta Bar, Fireside Pizza, Hell’s Kitchen and out in the burbs as well. (Catch Big Band Tuesdays at the Shorewood in Fridley!) Even my neighborhood diner/bar, The Driftwood, has Jack Brass Band every Tuesday night.

But what about Best Jazz Club? That category was not really part of MM’s list. So it will have to be on my list. Locally, the Artists Quarter remains the only fulltime presenter of jazz, supporting local musicians from bebop to well beyond, vocalists on a slowly growing basis, student musicians via performance opportunities and low cover charges, and the serious jazz audience via a listening environment. And more and more, Kenny Horst is finding ways to bring in national artists, from the established talents of Eddie Gomez, Christian Howes, Eric Alexander, Wallace Roney and even Roy Haynes to the rising stars of tomorrow like Matt Slocum and Koplant No.

I’m glad Minnesota Monthly has discovered that there’s great jazz in a local theater. Now, maybe next year they can find it at a jazz club. Or two.

Photos: (top to bottom) Judy Collins, one of the most famed singer/songwriters to perform at the Dakota, in May 2011; Jazz Thursdays at MacPhail, here featuring the MacPhail faculty's Mingus ensemble in fall 2010; Charmin Michelle and Joel Shapira, CD release at the Artists Quarter in fall 2010. (Photos by Andrea Canter)
Posted by Canterjazz at 3:03 PM