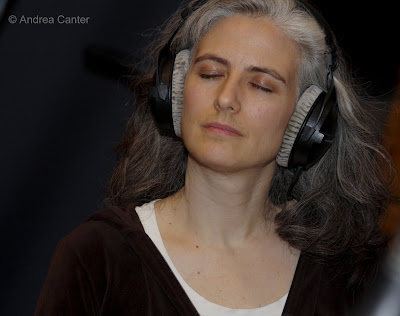 Ten years ago, Minneapolis-based pianist Mary Louise Knutson released her first recording (Call Me When You Get There), about equal parts original compositions and new arrangements of standards. The reviews were raves, the airplay was off the charts. We wanted more. But we had to wait a decade. In the interim, Mary Louise kept busy, touring the Midwest with her trio, Italy with Debbie Duncan, becoming one of the very first call accompanists for area singers and holding down the rhythm section for the JazzMN Big Band (now Orchestra). Trio gigs became few and far between. But now she’s back, fresh out of the studio at Creation Audio with a new set following a similar formula. Dubbed In the Bubble to describe the “everything is going right” feeling of a vacation in Costa Rica as well as the chemistry in the recording studio, Mary Louise is back where she most belongs, heading a trio of elegant collaborators (bassist Gordy Johnson and drummers Phil Hey, Greg Schutte and Craig Hara) and taking listeners through a lovely soundscape of original fare and clever rearrangements of standards. The CD is getting airplay on KBEM and elsewhere. Now we just need a CD release party to bring it fully to life. Jazz Times called the first recording “piano trio finery,” which must make In the Bubble “piano trio majesty.”

Full review to be posted on JazzINK and Jazz Police.

Photo: Mary Louise “in the bubble” at Creation Audio in June 2009. (Photo by Andrea Canter)
Posted by Canterjazz at 5:17 PM