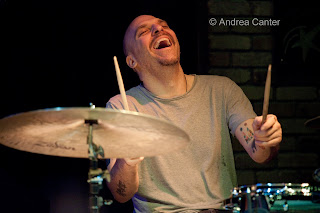 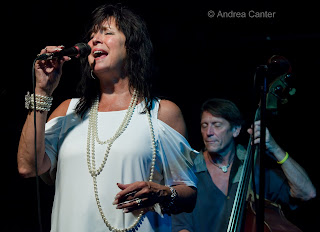 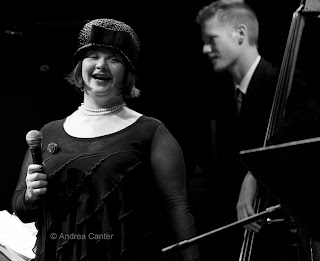 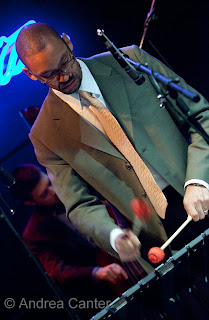 Falling temperatures, changing colors, pre-holiday sales? Our “theater” of seasons marches on, but it’s always a good season for jazz in the Twin Cities. Just check out the week’s offerings and plan your route through whatever makes your ears dance.

Highlights
Every year, Macalester College’s Music Department brings in a nationally renowned jazz artist for a two-day residency followed by a free public concert on campus. On Friday (9/23), the very unusual vocalist Theo Bleckmann closes his residency with what is sure to be a memorable performance at the Macalester Plymouth Church. Nate Chinen of the New York Times summarizes Bleckmann as “a vocalist of inventive instinct and assiduous musicality, he’s never more secure than when in reverie, plumbing depths at once familiar and strange.” Should be the reverie of the year!

A new monthly jazz series gets underway Saturday (9/24) at the intimate Studio Z in Lowertown St. Paul. Curated by guitarist/bandleader Zacc Harris, the series could not have a better start than the Dave King Trucking Company. Locally based (save saxophonist Chris Speed, who is not on this gig), DKTC not only features the Bad Plus/Happy Apple drummer but our own heavyweights, saxophonist Brandon Wozniak, guitarist Erik Fratzke and bassist Adam Linz. Their debut CD (Good Old Light) and recent appearances in New York sealed the deal—this is one of the best of the new crop of collaborative improvisers out there. Studio Z is experimenting with beer and wine sales this weekend. And there’s a free workshop (open rehearsal) with King at 1 pm, part of the jazz series.

With matriarch Jeanne celebrating 90 this summer, the Peterson Family has been in the limelight even more than usual. And it continues Sunday afternoon (9/25) with their Gershwin salute, "Our Love is Here to Stay" at the Bloomington Center for the Arts, the kickoff concert for TCJS’s Jazz From J to Z season. Count on Jeanne, offspring Patty, Billy and Linda, and some other Petersons to brighten the afternoon with some of the best of the Great American Songbook.

Christine Rosholt has proven star power in the Twin Cities, and it seems it really does not matter if she is fronting a quartet or big band, singing Harold Arlen or Irving Berlin. But Christine has also proven herself to be a restless seeker of new material, and Monday (9/26) she brings her “Jazz Meets the Bard” project to the Jungle Theater, backed by an ensemble of local heroes including Dave Karr and Dave Jensen on horns, and a rhythm section of Tanner Taylor, Graydon Peterson and Jay Epstein. Only Epstein was on hand back in 2005 when Christine first presented songs drawn from Shakespeare’s plays and sonnets, music courtesy of Ellington, Strayhorn, Dankworth and Young. Now, with some additions and refinements, that critically acclaimed show is again on stage. The preview on Almanac was totally charming.

The great late vibist Lionel Hampton is celebrated over two nights at the Dakota (9/26-27), with an intriguing cast putting Jason Marsalis in the vibraphone chair, with singer/pianist Dianne Schurr, saxophonist Red Holloway, and trombonist Fred Wesley.

Jane Monheit returns to the Dakota for one night, Wednesday (9/28). Although the hype surrounding her debut over a decade ago may have seemed overblown at the time, Jane is evolving into a true jazz interpreter who isn’t even afraid to scat now and then, and her increasing fearlessness (which she has attributed to motherhood) only enhances her superb vocal instrument.

Minnesota Orchestra opens its new season this week (9/29-10/1) with a jazzy twist, a new commissioned work by father and son, Stephen and Greg Paulus. The younger Paulus is a grad of the Manhattan School of Music and trumpeter/composer based in New York. Their first major collaboration (Time Piece for Jazz Soloists and Orchestra) includes Greg with Mike Lewis, Bryan Nichols, Adam Linz and JT Bates.

Friday, September 23: Tim Patrick and Blue-Eyed Band with Maud Hixson at the Medina Ballroom; Lee Engele at Pardon My French.

Sunday, September 25: Patty and the Buttons, Aster Café brunch; Ticket to Brasil and friends at the Como Lakeside Pavilion (4 pm)

Tuesday, September 27: Cory Wong Quartet followed by the Tuesday Night Band at the Artists Quarter; Big Band Tuesdays with the Nova Jazz Orchestra at the Shorewood; Frankhouse at Hell’s Kitchen; Emily Green and Chris Lomheim at The Nicollet; Jack Brass at the Driftwood

Wednesday, September 28: Steve Kenny and the Bastids followed by the Phil Aaron Trio at the Artists Quarter; Charmin Michelle and Denny Malmberg at Fireside Pizza; Wolverines at Hell’s Kitchen