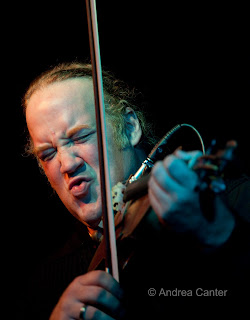 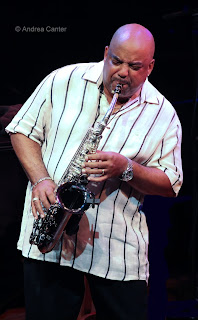 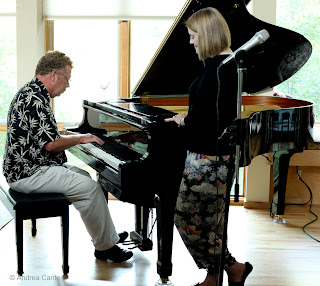 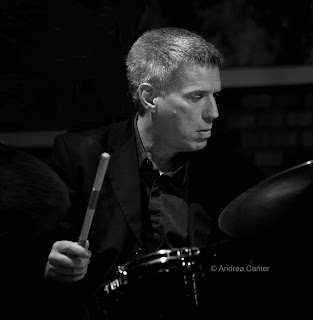 After four days of multi-staged music in Detroit, I have to get back to reality. But it’s a pleasing reality in the Twin Cities, from violin virtuoso Christian Howes to local favorites Joel Shapira, Maud Hixson, Phil Hey and more. And it’s another festival weekend, with the annual Selby Av Jazz Festival on Saturday and the Lowertown Concrete and Grass Festival all weekend.

The Selby Avenue Jazz Festival (9/10) is held every September at the intersection of Milton and Selby Avenues in the heart of St. Paul. This is a true family-oriented community event, featuring not only music drawn primarily from the talents in the area, but activities to attract the attention of the youngest (and oldest!). Dick and Jane’s Brass Band kicks off the afternoon with a bit of Second Line fun, and the line-up includes faculty from Walker West Music Academy, a showcase of vocalists bringing to life the music and times of such legends as Billie Holiday and Nat King Cole, the infectious rhythms of Salsa del Soul, and this year’s headliner, the funky dazzle of saxophonist Gerald Albright.

In Lowertown, from Friday through Sunday (9/9-11), it’s an eclectic salute to metro music via the annual Concrete and Music Grass Festival at Mears Park. Jazz is represented on Saturday afternoon with the teens of Bomba de Luz (billed as “rock/jazz”) and the veterans of Brazilian music, Alma Brasiliera (Joan Griffith, Clea Galhano, Lucia Newell). The remaining line-up covers it all, from rock to pop to classical.

Christian Howes played one glorious night at the Artists Quarter last fall, so it’s a treat to have the violinist (and bassist) return for the weekend (9/9-10). His latest album, Out of the Blue, covers Chick Corea, Fats Domino, Carla Bley, and Ornette Coleman, at times sounding like 21st century improvisation, at other times sounding like backcountry fiddling.

Modern improvisation hits a high mark Saturday night (9/10) with Merciless Ghost (George Cartwright on saxophones, Josh Granowski on bass and Davu Seru on drums and percussion) at the Black Dog. Grab one of the microbrews, a Cuban sandwich, and a small table by the stage and sit back for a rewarding evening.

The Musique Mystique series continues on Mondays at the Loring Pasta Bar, with Maud Hixson and Rick Carlson (9/12) in the intimate space of the second floor “Chambre Rouge.” And Maud of course can bring authenticity to anything French, having worked as a French interpreter in another life. But whatever the language, Maud brings her own interpretation to great songs from any era. And Rick? I swear he can pull sound from the piano without even touching a key.

A few years ago, KBEM Jazz 88 initiated the REEL Jazz film series, bringing a variety of indie films on jazz subjects to the Bryant Lake Bowl Theater, and more recently, to the Trylon “micro cinema” in east Minneapolis. The fall 2011 season opens at the Trylon on Thursday (9/15) with Life After Django Reinhardt, featuring commentary from guitarists influenced by Django as they assemble for a 100th anniversary tour honoring the father of gypsy jazz. Tickets available online from KBEM. The film should end in plenty of time to catch the Phil Hey Quartet at the Artists Quarter. It’s easy to take this band for granted given their almost monthly booking at the AQ, but don’t—this is some of the most sophisticated and cool jazz played in this area by four veterans who manage to keep the music fresh and frisky at all times.

• Tuesday, September 13: Cory Wong Quartet followed by the Tuesday Night Band at the Artists Quarter; Sophia Shorai at the Dakota; John Penny at The Nicollet; Jack Brass at the Driftwood