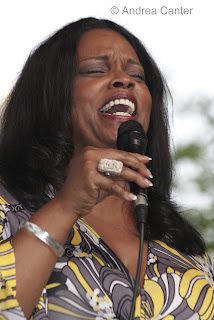 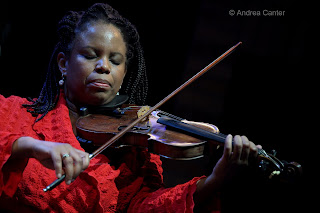 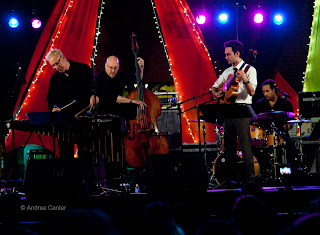 The forecast for the Twin Cities says scattered thunderstorms for Friday. That means a lot of finger-crossing, weather map pondering, and figuring out the best timing for our private plane departure for Detroit and the 32nd annual Detroit Jazz Festival, one of the largest in the world and the largest free jazz festival in North America. I can hardly wait to join about 750,000 jazz fans in Motor City.

For most of the year, Detroit is an unlikely destination. But come Labor Day Weekend, it is Mecca for jazz fans and really, for anyone who enjoys a community-based cultural experience unlike any other. It’s free. There are no tickets to reserve in advance, no tiered seating arrangements beyond the first few rows in the largest arenas which are set aside for donors. (And VIPs in Detroit give as little as $100, so VIP seating is not limited to the rich and famous.) In sum, Detroit provides an opportunity for anyone and everyone to come out and hear the best jazz musicians in the world as well as the best of the eclectic music scene in Detroit. And at least for one long weekend, anyone and everyone come to the heart of the city, and we all get along. Their slogan—“We Bring You the World.” It could just as easily be, “We Are the World, As the World Should Be.”

Who’s on the schedule this year? Well, Dave Brubeck, at 90+, had to bow out, doctors orders to restrict his traveling. I’ll miss hearing him again (he was at Detroit two years ago) but there’s so much going on otherwise: The festival opens with Artist-in-Residence Jeff “Tain” Watts in a percussion extravaganza featuring Horacio “El Negro” Hernandez, Susie Ibarra and Joe Locke, followed by a limited-run tour putting Angelique Kidjo, Dianne Reeves and Lizz Wright together to “Sing the Truth!” as the legacies of Miriam Makeba, Abbey Lincoln and Odetta. Opening night is always a huge draw with no competing stages.

Monday (cooling off, says the weather forecast, but not on these stages)—The New Gary Burton Quartet (did you catch them at the Twin Cities Jazz Festival?), the Steeles (yep, our Twin Cities Steeles), fast-rising piano star Helen Sung, and the festival finale, the Detroit Festival Orchestra Plays the Music of Christian McBride, with special guest, Ernie Andrews.

These are the musicians on the three main stages, but throughout the weekend, there’s more music featuring college bands, student stages, the Kid Bop Tent and the Talk Tent where many of the featured artists will be interviewed.

My favorite things about the Detroit Jazz Festival--after the music?


You don’t even have to be in Detroit to enjoy the festival. Check out JazzPlanet.TV (the festival’s streaming news and music corner) where you can join Christian McBride, Jeff "Tain" Watts, and many more festival artists on the Red Carpet, Saturday (September 3) at 3:30 EST. Also new this year, Jazz Planet After Hours, Friday (September 2) and Sunday (September 4), live at midnight (EST) from the Marriott Volt, home of the festival jam sessions. Hosted by festival Artistic Director, Terri Pontremoli, After Hours will include lifestyle conversations with Amina Figarova, Anat Cohen, Dominick Farinacci, Aaron Diehl and many more. (You can get a preview of this year’s artists by checking into JazzPlanet ahead of the festival stream-casts.)

Still, I hope for clear skies and my fourth Detroit Jazz Festival up close and personal. With luck, I’ll be chatting with Maryann Sullivan on KBEM, Saturday night’s Corner Jazz, “live from Detroit.”