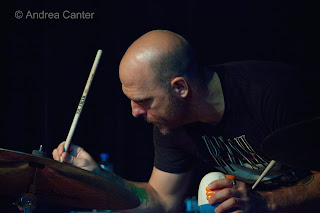 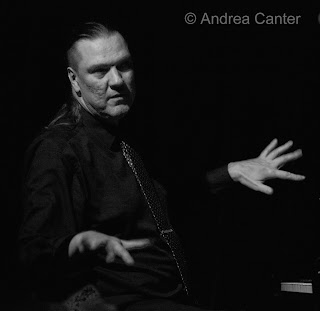 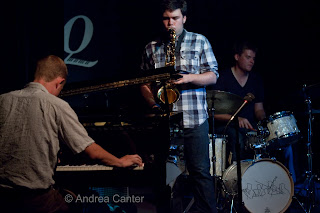 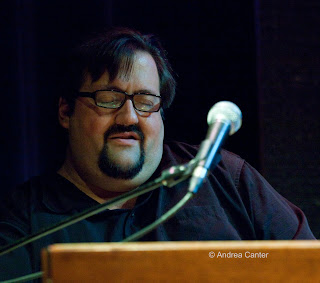 A CD release, a neighborhood jazz festival, a B-3 icon and a multi-venue visit from one of the Twin Cities Jazz Festival favorites topped jazz in the metro this past week.

July 29, Dave King Trucking Company at the Artists Quarter. They can be brash, brilliant and balladic, often all in the course of one composition. With New York saxophonist Chris Speed on hand to reprise his role on the recording, the Bad Plus/Happy Apple drummer led the latest Twin Cities’ jazz band phenom through tunes off their new Sunnyside release, Good Old Light. It was a showcase for the sometimes majestic, sometimes off-the-wall, always inventive sounds of Speed, Brandon Wozniak, Erik Fratzke, Adam Linz and of course Dave King.

July 30, Midtown Global Market Jazz Festival. To celebrate this unique market’s 5th anniversary, merchants and vocalist/jazz organizer Lee Engele got together to produce a day of family-centric jazz and market fare. The heat was wicked but the music was transcendent, from the first boppish romps of the Chris Lomheim Trio to the final R&B flavored songs of Patty Peterson and Friends, with Latin sway from Ticket to Brasil, American swing from Doug Haining and the Twin Cities Seven (with singer Charmin Michelle) in -between, and high energy and originality from three student-led bands on the TCJS Student Stage. This sort of first effort deserves repeating. Hopefully this event will become an annual community gathering. (See blog, August 3)

August 1, 3, Jon Weber at Jazz Central and the Artists Quarter. During the annual Twin Cities Jazz Festival, pianist/encyclopedic sage Jon Weber seems to be everywhere, from Mears Park to Stride Night at the AQ. But it is a real treat to encounter him away from the festival, and he tends to find his way back to town at least once in between festivals. This visit, he was guest pianist with the usual Jazz Central house band (Tanner Taylor, Keith Boyles, Mac Santiago) and the night’s scheduled guest, trumpeter Bill Simenson. Bill gave us some elegantly playful Monk and Jon pushed the music ever higher. But he was truly in his element a few nights later leading a trio of Gordy Johnson and Kenny Horst at the AQ. And in typically Weber fashion, he soon dismissed his cohorts to spend what turned into an hour of stride and audience requests – playing tunes in multiple styles, multiple keys, all embellished with relevant trivia. But in the end, what makes Jon such a star entertainer is his musicianship. In any key.

August 4, Remy Taghavi and Friends at the Artists Quarter. Part of the Twin Cities Jazz Society’s Young Artists Series, saxophonist Remy brought friends Joe Strachan (piano) and Cam LeCrone (drums) to a gig filled with free improvisations over original structures, save a dazzling interpretation of Monk’s “Hackensack.” Surely the most “out” of the series thus far, this trio of college students (Remy at USC, Joe at the U of M, Cam at Northwestern) has enough enthusiasm and chops to convince some old timers to listen to 21st century music.

August 4, Joey DeFrancesco at the Dakota. We expected Paul Bollenback on guitar and Byron Landham on drums. We did get Joey D, with Rick Zunigar on guitar and Ramone Banda on drums. We were hardly disappointed in the outcome as the trio roared through a set of mostly Joey D originals along with some nifty covers of “Up Jumped Spring” and Stevie Wonder’s “Find One Hundred Ways.” Joey can find 100 ways to interpret any tune and make it sound like it is the only way to play it. He was the first jazz organist that attracted my attention, and he makes me a believer every time.

Photos: (top to bottom) Dave King at the AQ; Jon Weber at the AQ; Remy Taghavi (sax) and Friends at the AQ; Joey DeFrancesco at the Dakota (all photos by Andrea Canter)
Posted by Canterjazz at 12:42 AM