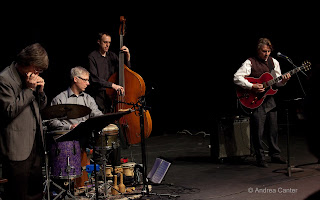 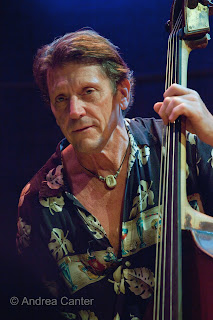 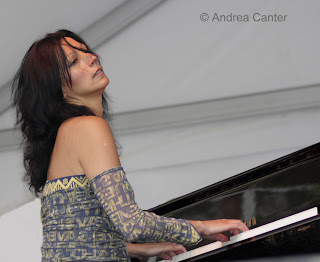 Hard to believe it is nearly Labor Day. We need to get out to see as much music as we can while we can still start the evening in daylight.

After a short break, jazz returns on Friday nights at the Black Dog, and tonight (8/26) is a big one—guitarist Jef Lee Johnson with bassist Yohannes Tona and drummer Michael Bland. With his own style of jazz/blues/rock, and the small space of the Black Dog, there is a good chance that the decibels will be off the chart, but this one will be recorded for later playback on KBEM if you forget your ear plugs. (Watch for the return of the weekly Community Pool/Deep End series in September.)

Hot off her gala 90th birthday celebration at the Old Log Theater, pianist/vocalist Jeanne Arland Peterson shares the honor with violinist/bandleader Cliff Brunzell at the Artists Quarter this weekend (8/26-27). Friends, family and cohorts will be on hand to make this one big party.

One of the musical losses to our community in the past year was harmonica master Clint Hoover’s move to Pittsburgh. But he’s back for a visit, which includes a reunion of East Side at the Aster Café Saturday night (8/27). Clint will be blowing with pals Reynold Philipsek, Matt Senjum and Michael Bissonnette. And you can catch the quartet again on Thursday (9/1) at Hell’s Kitchen, with Andy Artz filling the percussion seat. These guys are unique among area jazz bands, blending the tango of Piazzolla with the bebop cool of Miles Davis.

Three veteran jazz pranksters take the stage together at the AQ on Wednesday (8/31), with drummer Kenny Horst, bassist Billy Peterson and guitarist Dean Magraw. Horst and Peterson continue the fun on Thursday (9/1), this time with vibes giant Dave Hagedorn and saxman Brian Grivna. (And come back Friday, 9/2, as Horst and Peterson next join forces with Brandon Wozniak and Peter Schimke.)

One of the most sophisticated composers to appear locally, pianist/bandleader Amina Figarova returns with her European sextet at the Dakota on Thursday night (9/1), enroute to the Detroit Jazz Festival and other stops on her American tour. The classically trained native of Azerbaijan now based in Rotterdam, Figarova relies largely on an original repertoire fueled by visual imagery and harmonies that conjure big bands.

Photos: (Top to Bottom) East Side (coming Saturday night to the Aster Cafe); Billy Peterson (three consecutive nights at the Artists Quarter); Amina Figarova returns to the Dakota (all photos by Andrea Canter)