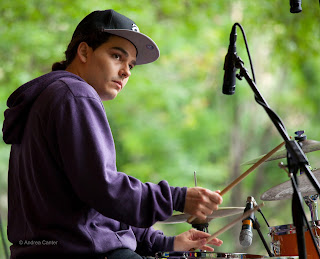 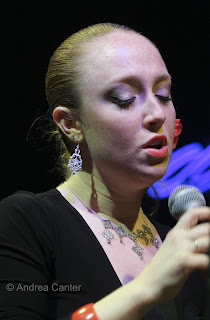 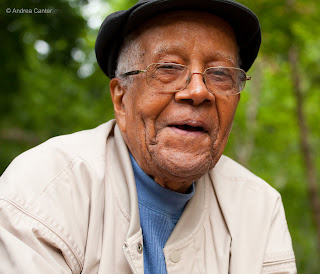 The talents of our elders, local and national legends, are in the spotlight this week, as well as the talents of a new generation. It’s a time to marvel at the lifespan of music—and how it enhances our personal lifespans.

Highlights, This Week
Surely one of the youngest musicians to lead a weekend gig at the Artists Quarter, drummer Miguel Hurtado at 23 is already a Twin Cities veteran, having appeared at clubs and festivals since his early teens. Now a graduate of the Manhattan School of Music, Miguel is settling back into the local jazz (and rock) scene, now as an assertive leader capable of assembling bands that ensure a long and distinguished future for modern music. One of those bands lit up the sonic sky at the 2011 Twin Cities Jazz Festival in June, and this weekend (8/19-20) Miguel brings most of that group to the Artists Quarter stage, featuring the Chicago horn section of Marquis Hill (trumpet) and Chris McBride (alto sax). Also in their mid-20s, Hill and McBride delivered the one-two punch in Hurtado’s festival ensemble, and this weekend will join guitarist Zacc Harris and bassist James Buckley—the senior members—as the band runs through original compositions. On Friday, the group expands to a sextet with another young lion, pianist Joe Strachan, currently attending the University of Minnesota. (Read more!)

Friday night (8/19) brings another band of relatively young hotshots, led by Todd Clouser who is back in town after his A Love Electric band opened for Marco Benevento at the Loring earlier in the month. Clouser has another band of local heros, Hope Tonic, featuring frequent cohorts Adam Meckler (trumpet), Chris Bates (bass), and Greg Schutte (drums). They’re at the very cool Aster Café.

More from the younger generation: The Dakota Combo, 2010-2011 edition, plays it swan song as the opening act of the Burnsville Art and All That Jazz Festival, at Nicollet Commons from noon til dark on Saturday (8/20). Expect a lot of Mingus and some original tunes from these talented teens, six of whom head off to college studies in the next few weeks. Other bands include Jack Brass, Salsa Del Soul, Super Pilots and Mick Sterling and the Irresistables. And speaking of college students….trumpeter/New England Conservatory student Jake Baldwin returns to the Dakota Late Night (8/19) with fellow collegians Joe Strachan, Cory Grindberg and Rob Fletcher. Jake recently placed third in the International Trumpet Guild performance competition.

Two CD release gigs introduce area listeners to new talents/ensembles that deserve more attention: Vocalist Jana Nyberg (the Jana Nyberg Group) celebrates her second recording, Fever, with an early evening gig at Hell’s Kitchen Saturday (8/20). Crossing boundaries among jazz, blues, soul and pop, Jana and very talented crew (husband Adam Meckler on trumpet, Evan Montgomery on guitar, Matt Peterson on bass, Derek Drier on drums) cover such timeless hits as “Desafinado,” “The Nearness of You,” “I Can’t Make You Love Me,” and of course the title track. And somehow, Nyberg blends Peggy Lee and Bonnie Raitt. She also shows off her own talents (and those of Adam) as songwriter.

The other release this weekend is also a collaboration of genre-benders under the moniker JazZen. The instrumentation alone is noteworthy—wood flutes, electric cello and percussion, as well as the resulting collaborative sound that is both holy and hip, primal and sophisticated. Bobb Fantauzzo, Aaron Kerr and Derrin Pinto celebrate their first release as a trio, Bounce Off the Moon, Saturday night (8/20) at the Hat Trick Lounge. In addition to compositions from Fantauzzo and the trio as a unit, they offer intriguing arrangements of Miles Davis, John Coltrane and Wayne Shorter. (Read more!)

As for the legends in town this week: Jeanne Arland Peterson has always joked that her age is an “unlisted number,” but the gloves come off Sunday (8/21) as the grand dame of Minnesota music turns 90 with (of course) a family celebration at the Old Log Theater. Children Patty, Linda, Billy, Paul and Ricky; nephews Tommy and Russ; grandson Jason and more will be on hand. And if you can’t make it or need another dose, Jeanne will share her 90th with violinist/bandleader Cliff Brunzell the following weekend at the AQ! (Read more!)

And with his 90th birthday two years passed, sax legend Irv Williams plays guest of honor with a much younger, but legendary-in-his-own-right Ben Sidran at the Dakota on Monday (8/22). Also connected to the Peterson Family (via bassist Billy and the Steve Miller Band), Sidran’s fame comes from many directions, as pianist, composer, educator, broadcaster, producer and arranger. Most of all, he is an entertainer, and in the company of the always-entertaining Mr. Smooth, this should be an evening of great music and conversation.

It’s not just legendary musicians, but Return to Forever is one of the truly mythical bands of the 20th century. Reunited a couple years back for a memorable tour, the jazz fusion supergroup has a new lineup, including core artists Chick Corea, Stanley Clarke, and Lenny White, plus Jean-Luc Ponty and Frank Gambale, coming to the Orpheum on Wednesday night (8/24). Opening act is Zappa Plays Zappa (the tribute band founded by Dweezil). The tour coincides with a new release (Forever, Concord) from Corea, Clarke and White (with a guest shot by Ponty and others), a double decker featuring an all-acoustic trio “best of” disc (recorded in 2008 at the time of their reunion) and a bonus electronic set. Make mine acoustic, it’s an awesome tribute to the jazz chops of these all-stars.

Finally, end your week with veteran Twin Cities performers who never go out of style, and always seem to have something new to say no matter what the setlist—Lucia Newell and a quartet featuring Phil Aaron, Billy Peterson and Kenny Horst.

More Jazz, All Week
There is always a lot more music than we even hear about, let alone can attend, but isn’t it cool to have choices? See KBEM website for a more complete listing. Some recommendations:

Posted by Canterjazz at 3:56 PM