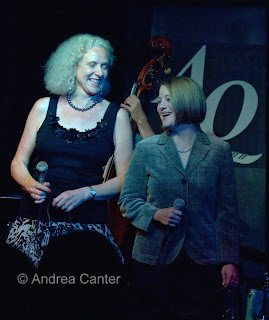 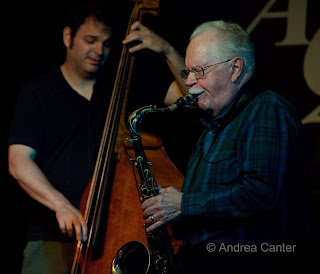 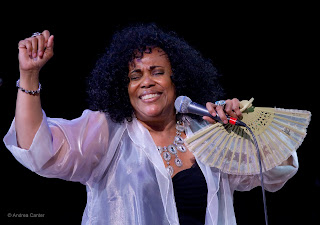 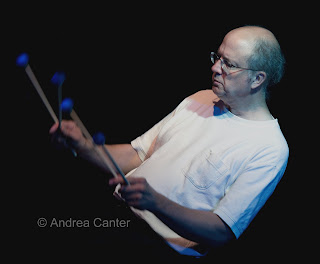 A perfectly lovely week of jazz in the Twin Cities, from Ellington and Strayhorn via Hixson and Newell to another exquisite partnership, Cavanagh and Hagedorn. In between, a surprise vocal from Dave Karr, wide-ranging vocals from Pippi Ardennia and Jamecia Bennett, and the truly stunning voice of Rene Marie.

• Maud Hixson and Lucia Newell, Tribute to Ellington and Strayhorn (7/8 at the Artists Quarter). They took us on the A Train and then a whirlwind (mostly) solo tour of the songbooks of Ellington and Strayhorn, blooming with “Passion Flower” (Lucia), “A Flower Is a Lovesome Thing” (Lucia) and “Lotus Blossom” (Maud). Peaks in a range of highs included Lucia’s “Lush Life” and a capella verse on “Day Dream,” Maud’s transcription of Jon Hendrick’s rendition of “Cottontail,” and perhaps most surprising, Maud scatting and singing into the soprano range. And then there was the yet-to-be-named collaboration between pianist Rick Carlson and lyricist Lucia, perhaps “Strayhornesque?”
• Dave Karr Quartet (7/9 at the Artists Quarter). It was the usual enjoyable and soaring saxman in the usual fine company of Chris Lomheim, Chris Bates and Kenny Horst, romping through the bebop book and wisecracking all the way, but things took an unexpected and delightful turn when Dave stepped up to the mic to ask “Where You At?” in song, maybe his singing debut? Give us more, Dave! Where you been?
• PipJazz - Pippi Ardennia with guest Jamecia Bennett (7/10 at Landmark Center). She came to the Twin Cities from Chicago 2-3 years ago and is beginning to make her mark as one of the area’s foremost interpreters of jazz classics and blues. Pippi Ardennia has joined forces with drummer/manager Glenn Swanson to produce a new monthly music series, PipJazz. The July date featured a few songs from Pippi’s upcoming CD and several from guest Jamecia Bennett, particularly effective on a sultry, R&B flavored “Summertime.” Pippi opened and closed with “On a Clear Day” and “I Can See Clearly Now,” stunned with a duo with guitarist Jimi Behringer and took “Midnight at the Oasis” well beyond Maria Muldaur. Watch for her CD release in August.

• Rene Marie (7/12 at the Dakota). She just gets better and better, as both singer and songwriter. Rene covered some of her recent Voice of My Beautiful Country including a spine-tingling Oh Shenandoah and was darkly captivating on her new “Black Lace Freudian Slip,” the title track to her upcoming fall release. Full review on the blog (7/13).
• Dan Cavanagh and Dave Hagedorn (7/13 at the Artists Quarter). Piano and vibes offer so many options for harmonization, and this former student/teacher alliance takes full advantage, be it a standard like “Cry Me a River” or originals like “Horizon,” the title track to their 2010 recording. And before the first set closed, Dan had pulled Dave into Fats Waller territory – and there’s nothing quite like stride vibes!