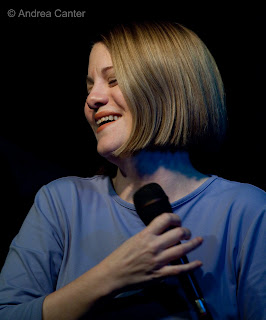 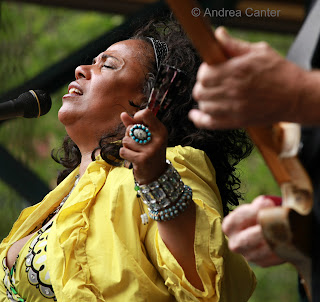 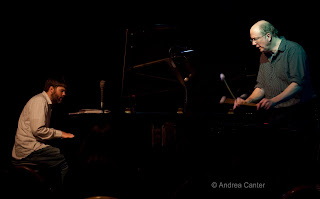 It’s not a jazz festival and it’s not the 4th of July weekend—just a normal weekend of too many choices… my favorite kind of dilemma. Enjoy yours.

St. Paul provides the first conflict of the weekend, with Maud Hixson and Lucia Newell reprising their Ellington/Strayhorn tribute at the Artists Quarter while Brad Bellows and Donald Washington give free improv new meaning down at the Black Dog (7/8). The partnership of Ellington and Strayhorn left a large legacy of timeless tunes and lyrics, two things Maud and Lucia understand, and communicate, so well. They first performed this music together (and then with Dennis Spears) at the Bloomington Center for the Arts in 2008. They will be back with their strong supporting team of Rick Carlson, Keith Boyles and Mac Santiago. It will be “Lotus Blossom” time and you don’t need to “Take the A- Train” to get to the AQ! ;=

Down at the Black Dog, part of the Friday night “Deep End – Community Pool” series, valve trombonist and too-seldom-heard jazzer Brad Bellows teams up with equally under-the-radar saxophonist Donald Washington for some exciting interaction, backed by always exciting bassist Chris Bates and inventive drummer Pete Hennig. My only recommendation is to note the Black Dog sets start an hour earlier than the AQ sets…. So bring your roller skates. Start here, finish there. Between the two, you can cover much of the history of jazz in one evening.

Sunday (7/10) is the next installment of the new PipJazz series at Landmark Center. Under the leadership (musical and otherwise) of emotive singer Pippi Ardennia, this monthly, family-oriented jazz concert program features Pippi and her “house band” (this week, Chris Lomheim, Jim Behringer, Jeff Bailey, Glenn Swanson) and a special guest—Sounds of Blackness alum Jamecia Bennett will be highlighted this time. PipJazz refers to “good music that makes you feel good,” and will include tunes from Pippi’s forthcoming CD. (And trust me, it is a knock-out…. Pippi can take any song and make it soar, from ballads to blues.)

For jazz, this month at the Dakota is short on quantity but high on quality, with the ever-evolving, ever-sensational singer Rene Marie coming in for one night on Tuesday (7/12). Coming late to her touring career, and never shy about her social and political leanings, Rene released Voice of My Beautiful Country earlier this year, truly a love letter to the spirit and diversity of America. "Foodie Nights" continue, and back-to-back local talents --multi-lingual guitarist/vocalist Robert Everest (7/10) and butter-smooth singer Charmin Michelle (7/11)-- lead up to Marie, making this the jazziest week at the Dakota in July.

You can get another dose of Maud Hixson, this time with the Wolverines Trio, early evening Wednesday at Hell’s Kitchen, and then down to the Artists Quarter for the sublime duo of pianist Dan Cavanagh and his former St. Olaf professor, vibist Dave Hagedorn. They’ll reprise some of the music that graces their 2010 CD, Horizon.

KBEM’s Big Band Scene host Jerry Swanberg gave me the heads up on this one. There’a a new trombone in town, Nick Syman, and has impressed Jerry with a recent gig with the St. Croix Jazz Orchestra. But Syman has another persona as a member of Disassembly, described as “a contemporary jazz septet from Bloomington, Indiana, made up of recent graduates of the prestigious Indiana University Jacobs School of Music. The group was formed for the 2010 Emerging Jazz Artist Project, which awarded the group studio time through Owl Studios.” Now touring the midwest, the band will perform at the Artists Quarter on Thursday (7/14), showcasing original tunes and arrangements of the music of indie rock band Deerhoof.

• Tuesday, July 12: Cory Wong Quartet followed by B-3 Organ Night with the Tuesday Night Band at the Artists Quarter

Posted by Canterjazz at 2:40 PM