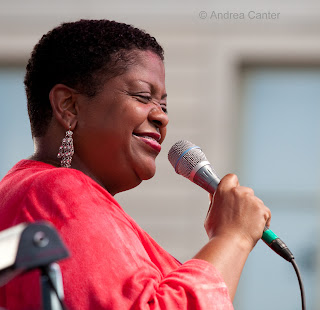 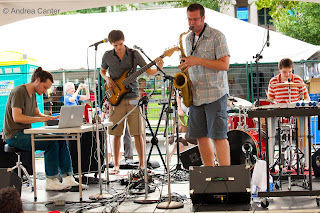 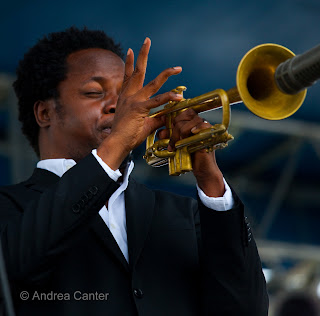 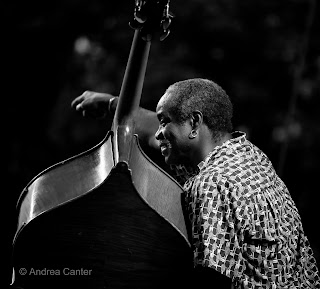 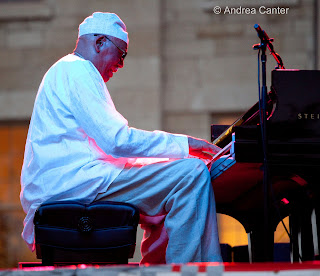 There are many things that make me proud to be an Iowa Hawkeye. First, from a relatively young age, I always liked the University of Iowa’s Herky the Hawk mascot. He wasn’t politically controversial, he wasn’t a wimpy sort of bird, and over the years he has survived redesign to keep him “hip.” Then there’s the university itself, my alma mater, with the nation’s (or world’s?) best creative writing program, the famed Iowa Writers Workshop. Iowa gave the nation Herbert Hoover, Meredith Wilson, Glenn Miller and Charlie Haden, among others. And for the past 20 years, the 4th of July fireworks have played second fiddle to the Iowa City Jazz Festival, designated as one of the nation’s top ten by Down Beat. This year, the local newspaper, the Iowa City Press Citizen, also quoted Jazz Police, which deemed the ICJF one of the “undiscovered cultural treasurers of the Midwest.”

I really should go every year. The line-up might vary in its star power but the festival never wavers from its commitment to present the diversity of modern jazz in a format and schedule accessible to families, students, hard core fans and the musicians themselves. From the headliners and regional touring acts appearing on the main stage at two-hour intervals to the three side stages of local and student bands that play concurrently (and twice each day) during the thirty-minute main stage changeover, you can pretty much hear every band without feeling like you’ve run a marathon.

This year, there was an emphasis on new, hip, and timeless. Among the new sounds, the main stage presented the youth-appealing, high energy Kneebody, a quintet of young lions who are certain to make a deep impression on the modern jazz scene, collectively and individually. (Already trumpeter Shane Endsley has an impressive recording as leader, featuring keyboard magician Craig Taborn.) On the Local sidestage, but no less impressive, was the oddly titled band Koplant No. To quote KFAI’s Larry Englund, here is a group “that knows how to use electronics and still sound like a jazz band.” (Koplant No, led by Twin Cities Native saxophonist Joel Vanderheyden, appeared at the Artists Quarter in St Paul a year ago.) Vanderheyden and drummer/vibes man Rob Baner play relatively “straight” men to Brian Lewis Smith, who alternates trumpet and Mac-driven keyboards, and Drew Morton on bass, keyboards and vocal effects.

But “timeless” reigns, in a concert hall, a jazz club, or an open-air festival. The opening headline act Friday night was my introduction to the exhilarating voice of Basie alum Carmen Bradford, fronting the talented Iowa Jazz Orchestra. And the closing set Sunday night from octogenarian genius Randy Weston and his long-standing African Rhythms Trio was as riveting and uplifting as any I’ve heard in Iowa City….or pretty much anywhere. Towering above the piano at about 6’7,” Weston, with acrobatic bassist Alex Blake and exuberant percussionist Neal Clarke, held nothing back, the African roots and extensions of jazz filling the night air with aural fireworks. The holiday pyrotechnics that followed seemed a bit pale in comparison.

There’s no better way to celebrate American independence than with America’s most independent music, itself a true melting pot of language and culture.

Watch Jazz Police for a more detailed review and photo gallery of the festival.