Dancing, Singing, Blowing in the Streets: The 2011 Dakota StreetFest 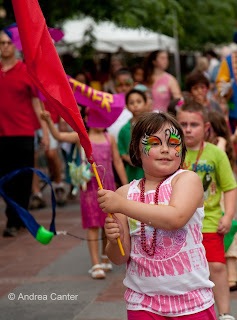 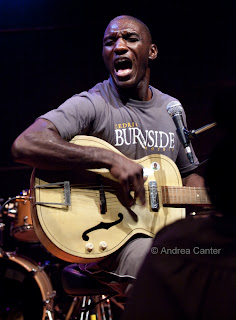 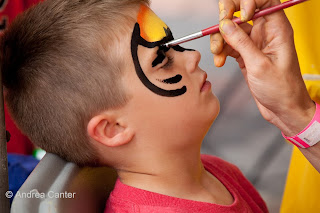 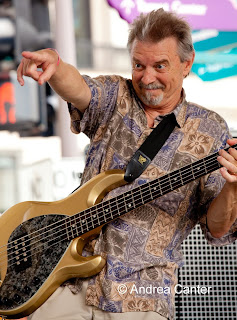 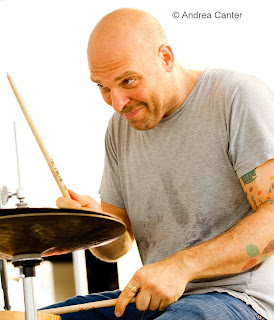 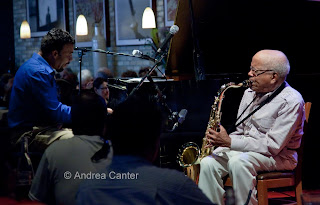 It could have been a disaster. I know the Dakota StreetFest line-up was still in flux a few days out. Between Thursday night and Saturday morning, various parts of the Twin Cities had five or more inches of rain. The forecast was for a chance of storms and temperatures in the 90s. These were not the best ingredients for a mostly outdoor music and family fun festival. But Lowell Pickett and company at the Dakota Jazz Club pulled the rabbit out of the hat. The second Dakota StreetFest was everything a summer street party should be—12 hours of non-stop eclectic music, street food in the best sense of the term, fun activities for young (and not so young) children, and no rain! Yes, it was hot, but it was hot like a July day in Minnesota is supposed to be. And there was plenty of cold beer, cold lemonade, various forms of ice cream, and places of retreat all along Nicollet Mall, including of course the Dakota club.

Downtown Minneapolis is a perfect arena for a street festival. This stretch of Nicollet Mall, with the proximity of the Dakota Jazz Club at 10th Street to Peavey Plaza at 11th Street, begs for outdoor music. Until two years ago, the Twin Cities Jazz Festival enjoyed that corridor for one weekend each June. But sponsors and city support evaporated, and now the festival’s only home is Mears Park and surrounding venues in St. Paul’s Lowertown. In fact the festival is thriving, but the change left a gap in summer fun for Minneapolis jazz fans. Lowell Pickett took matters into his own hands last year, holding the first Dakota StreetFest in honor of the club’s 25th anniversary. Sponsors and headliners were harder to come by for 2011, but it all worked out in the end. Three outdoor stages –at either end of the 1000 block of Nicollet and on Peavey Plaza—plus early evening to early morning acts on the club stage presented an amazing 27 bands, everything from mainstream jazz to Latin to avant garde to blues, soul and rock. And some that defied classification.

But there was more to the entertainment than the music. In Delmonte’s Kidsville, “Mr Fun” taught juggling and led a kids parade down the mall; face painters turned four-year-olds into tigers and fairy princesses; 12-foot puppets from the Heart of the Beast Theater wandered around to the delight of young and old. And once the sun set, a pair of fire dancers baffled and entertained between bands on the Buick main stage. If the day got to be too much, you could stop for a chair massage, a glass of wine or beer, an icy ice cream bar or a spicy Dakota Dog.

For me, the best reason to go to such a wide-ranging event is to open my ears to some of the music I typically pass by. Sarah Morris sparked my old folk music period; Cedric Burnside rubbed me blue, happily. I always get caught up in the energy of Davina and the Vagabonds, although it’s always hard to move through the crowd she generates. But it was the mix of jazz that I found most appealing. Hearing Bobby Lyle with just Irv Williams? They should quick go to the studio and put this on tape. Hearing Nachito without horns? Maybe the best way to actually hear Nachito! (After all, he is an orchestra by himself.) The Dave King Trucking Company outdoors? Perfect fit and the amps were never too loud. Each of the singers brought her own distinctive style to the stage and I think it was the first time I ever heard Maud in an outdoor setting. It all worked. The right band in the right place.

The bands on the youth stage (11th Street between 1 and 5 pm) were impressive, and drew much bigger crowds than last year to hear great jazz classics and original compositions. And the Dakota Combo closed the student program with a set of Mingus—and is there any music more appropriate for the unfettered enthusiasm of a street festival than the tunes of Charles Mingus?

Hopefully, success will breed success. Surely there was enough energy on Nicollet Mall to fuel momentum for 2012?

Posted by Canterjazz at 4:32 PM