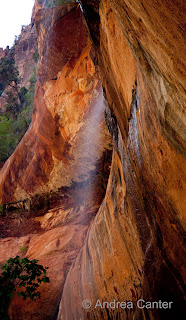 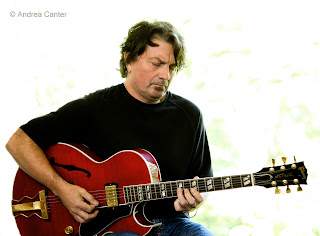 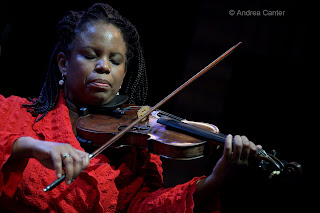 After that 15-hour drive to Detroit last September, I swore I’d never do such a trip again. But the opportunity to explore the national parks of southwest Utah was too tempting, and besides, we were breaking up the drive into manageable segments, round trip from the Bozeman, MT area. I was warned there would be absolutely nothing on radio and it was my job to bring along some music we’d both enjoy. My friend Judy has visited here a few times and seemed to like the music we heard at the Dakota, but there’s a different burden in selecting all the music for 12 days. And given that I was flying Minneapolis to our Bozeman starting point, I couldn’t just bring my favorite 100.

So I narrowed my choices to seven that I thought had both general appeal and some interesting, folkloric twists, remembering the days Judy and I hung out listening to the Kingston Trio or Brothers Four for hours. There had to be some guitar, but probably nothing leaning too far into fusion. An emphasis on local music would give it a more personal touch. And each CD had to hold up to repeated listening—we had only 7 sets of music and many hours on the road coming and going.

Reynold Philipsek, Tales From the North Woods (2011, Zino-Rephi Music). I had to take one new recording along! Reynold, who releases at least one new recording each year, makes this one official in a few weeks (July 16th at the Aster Café). Another solo outing highlighting not only his outrageous guitar chops but original compositions as well, this disc proved to be perfect accompaniment to a rainy Idaho backcountry drive—nothing rushed, often nostalgic, gently swinging.

Kip Jones, Hallazgo (2011). Violinist/vocalist/composer Kip Jones found inspiration for most of these tunes on recent journeys to South America and Korea, and the unusual combination of voice and violin (simultaneously performed) readily fit our folkloric wanderlust mood as we crossed into Utah, the 90-mile stretch of urban buzz from Ogden to Provo still a CD interlude away. It’s global bluegrass with some avant garde vocalese tossed in, a unique sound from a unique talent. And his version of "Darn That Dream" proves there is no such thing as a “standard.”

Joan Griffith/Laura Caviani, Sambanova (2008, Pleasing Dog Music). We were heading south, albeit stopping short of Arizona, but some Brazilian rhythms seemed perfectly natural as Old West suburbia whizzed by. And Joan’s ode to her Nebraska hometown “La Bellevue” could just as easily sketch the small towns that slowed us down as we approached Canyon Country.

Dan Cavanagh/Dave Hagedorn, Horizon (2010). There’s nothing more soothing than piano and vibes after a long day’s drive, and Cavangh and Hagedorn keep it mellow without falling into the sugar jar. Less familiar covers (mostly) and original compositions, but my favorite is a melding of Debussy and Monk on the final track, proving you can be gentle and absurd at the same time.

Terell Stafford, This Side of Strayhorn (2011, MaxJazz). Even in the still of night, the steep canyons of Zion suggest an underlying cosmic energy, and Stafford’s Quintet swings at all tempos and all moods through a set of favorite and less familiar Strayhorn fare. Stafford and saxman Tim Warfield at times suggest the great soloists of the Ellington bands. It’s a set as multi-colored as the cliffs of Kodachrome Basin.

Eric Alexander, Revival of the Fittest (2009, HighNote). Eric Alexander produces more recordings per year than Reynold Philipsek, but he too never runs out of ideas. Or energy. And any hour spent with pianist Harold Mabern is a gift. This is music to recharge your internal batteries after a few days of high-altitude canyon trekking.

Regina Carter, Reverse Thread (2010, E1 Music). I’ve seen Carter’s African roots project twice in the past year but this was my first experience hearing the recorded effort. Judy declared it her favorite—the combination of violin, accordion, bass, percussion and kora yielded a cross-cultural whirlwind, as if assimilating all the music on hand. It was hoedown, festive, roots and improv. Uniquely everything. Like millions of years of accumulated strata that Mother Earth has tossed up and repositioned in seemingly impossible juxtapositions. A canon of Canyon Country.

This “canyon suite” and the treasures of Zion, Bryce, Kodachrome Basin and Cottonwood Canyon—all within a pretty small cosmos of southwest Utah-- highly recommended for your next road trip.


Photos, top to bottom: Looking up from the canyon bottom at Zion; Reynold Philipsek; Regina Carter (all photos by Andrea Canter)
Posted by Canterjazz at 10:50 PM