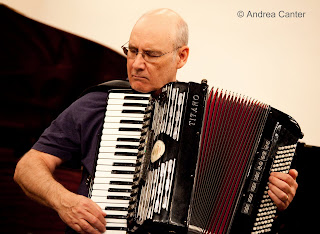 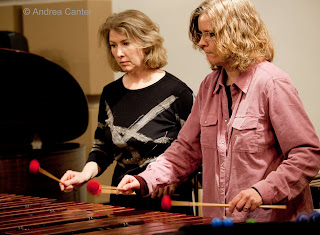 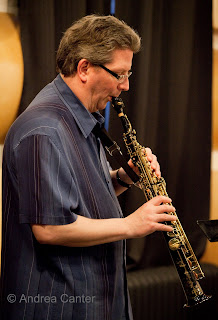 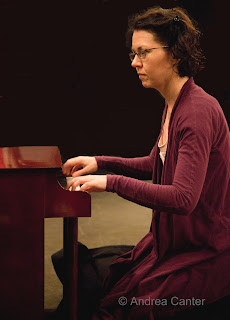 Zeitgeist dubbed its collaboration with accordionist Guy Klucevsek as “Hammers, Horns Skins and Squeezeboxes,” but they might have added “mallets, toys and cafeteria boxes” to acknowledge the full arsenal. Playing to full houses for three consecutive nights at Studio Z, the four Zs (percussionists Heather Barringer and Patti Cudd; multi-reedist Pat O’Keefe; pianist Shannon Wettstein) perfectly melded with Klucevsek on new arrangements of his compositions, including a world premiere of his “Three Hymnopedies.” From the tango sway of their opening “Tangocide” and tributes to Satie and Ligeti to choral harmonies, Baroque fugues and folkloric romps, one had to rethink the image of the accordion; in one evening Klucevsek covered much of the diversity of world music and proved that the accordion alone is an orchestra in a box. Add in the far-flung sounds of Zeitgeist and that orchestra becomes a sonic whirlpool.

It was an evening filled with memorable moments: Heather Barringer pounding on cafeteria boxes to augment the percussive intensity of “Urban Rite;” the second “Hymnopedie” (a pun on Satie’s “Gymnopedies”) with just bass clarinet and accordion; Sharon Wettstein’s piano solo segment followed by a whirling klezmer dance on the 9/11-inspired “Wing/Prayer;” Pat O’Keefe blowing air via his soprano sax into the “echo chamber” of the piano over Wettstein’s prolonged sustain-pedal ending of “Closer by Far;” the four-handed marimba followed by Wettstein’s madcap run on toy piano on the two-part selection from “Industrious Angels;” Klucevsek’s solo pieces, including the most sophisticated “iceskating” music (a continual V-I chord progression) on “My Walk With Ligeti” and the jousting rhythmic folksong, “Ratatatatouille;” the perfect harmony of clarinet and accordion on “AOK Chorale;” and the lumbering percussion of the final “Pink Elephant,” rendered as a twisted “Caravan.”

Throughout, Klucevsek was a charming commentator and accordion educator, his music filled with humor as well as soaring artistry. And no one at Studio Z had more fun than Klucevsek and his Zeitgeist co-conspirators.


Whatever they are doing at Studio Z, go! Throughout the year, Zeitgeist performs commissioned new works and presents an eclectic series of new and experimental music. Visit http://www.zeitgeistnewmusic.org/