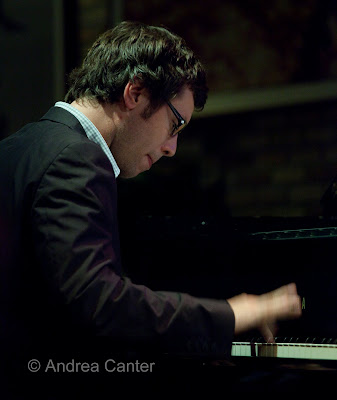 Bryan Nichols brings a lot to the Twin Cities jazz scene, as a pianist, a composer and an educator. What the world may have lost in a potential genetics researcher (his undergraduate major at Iowa State) has been easily compensated in our gain of artistic vision. A Twin Cities native, Bryan spent a few years honing his piano chops in Chicago where his cohorts defined that modern scene—Corey Wilkes, Nicole Mitchell, Ari Brown, Hamid Drake, Von Freeman. Next came a residency with the acclaimed Betty Carter Jazz Ahead Program in Washington, DC. And then came what he calls “the conscious decision” to return to the Twin Cities to become part of what he viewed as a vibrant jazz community. No part of our scene is more vibrant than Bryan himself. If you listen to Bryan and his compositions, you hear bits of Jarrett, Mehldau, Moran, Taborn, Iyer, Shipp, Taylor…. But mostly you hear Nichols.

Finally, after about six years of composing and gigging with the best and most creative, Bryan penned nine new compositions, thanks in part to a McKnight fellowship, and rounded up an ensemble to make any lover of new music drool—Mike Lewis and Brandon Wozniak on saxes, James Buckley on bass, JT Bates on drums. And out of Wild Sound studios comes Bright Places, making its official debut at the Artists Quarter May 20-21. But you can get a clever taste for the music and supporting attitudes on Youtube, where Bryan has posted a six-minute video sampling of the music (filmed in a practice room at MacPhail where Bryan teaches piano and jazz ensembles) and comments from his cohorts.

Bright Places presents melodies and harmonies that can soothe or provoke, one idea followed by another or a multitude of ideas vying for attention. It’s fun and it’s serious, light and dark, and not quite like anyone but Bryan Nichols.