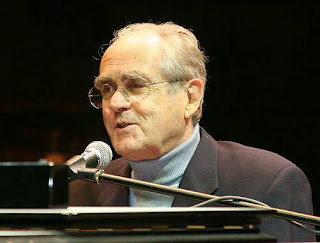 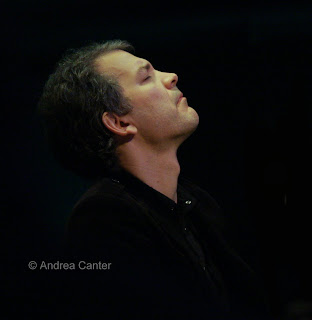 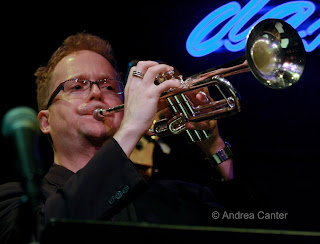 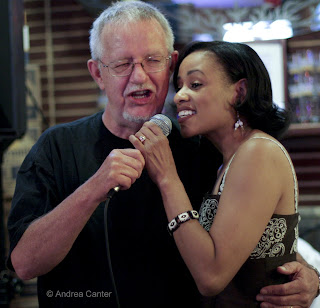 Another big weekend for Twin Cities Jazz fans, with three generations of pianists in town. Highlights, Last Week My biggest regret is missing Irv Williams’ CD release and “retirement” party at the Dakota. I hear it was a sell-out. Hopefully it was just a trial run at retirement. But I did hit a few stellar gigs:
• Dave King Trucking Company at the Artists Quarter (April 2). This band gets tighter and more exciting at each gig. No wonder they have dates in New York for fall and a debut CD on the way. Dave does his thing, and gives everyone room to do his thing—Brandon Wozniak, Adam Linz, Erik Fratzke.

• Maud Hixson and French 75 at the Artists Quarter (April 3). This one courtesy of the Twin Cities Jazz Society, what could be better than a Sunday afternoon with the full swing of Tony Balluf and cohorts, supporting the bilingual storytelling of songbird Maud Hixson? Her French is so clear, I can almost remember what I learned in high school. “La Vie en Rose” still haunts me.

• Joe Lovano and Us Five at the Dakota (April 4-5). Maybe the best show that should have been a sellout I’ve seen in a long while. No one surpasses Lovano on tenor or soprano; he goes from acrobatic bebop to free spirals within a few notes, and the two-drum format allows for a wide range of moods and rhythms without overpowering. See blog (April 5) and full review on Jazz Police.
Highlights, This Week
In a rare club night and Twin Cities debut, legendary composer of film scores Michel Legrand comes in for two nights at the Dakota this weekend (4/8-9) heading a piano trio. And what a trio—living legend bassist John Pattitucci (most recently touring with Wayne Shorter) and legend-in-the-making drummer Willie Jones III would be worth the price of admission even if Legrand stayed on the sidelines.
Across the river, veteran New York pianist David Hazeltine makes his almost annual pilgrimage to the Artists Quarter (4/8-9). Known for his swinging and inventive straight-ahead, Dave is one of those out-of-towners who considers the AQ a home away from home. For fans of mainstream keyboard magic, the AQ is the place to be this weekend. And out in the west end, the JazzMN Orchestra closes another successful season Saturday night in Hopkins with "Sizzling T-Bone Entree" -- the T-bone provided by LA-based master Andy Martin, and some additional sizzle provided by local vocal star Arne Fogel.
Also in town for just one night at the Dakota (4/10), much-heralded pianist Brad Mehldau returns to the Twin Cities with his long-standing trio of Larry Grenadier and Jeff Ballard. Their last visit was at the Walker with Joshua Redman and SPCO as they performed the live premiere of Mehldau’s epic Highway Rider. Given Mehldau’s new double CD release (Live in Marciac), we might expect a few solo pieces as well as inventive covers and originals from one of the finest trios performing today.
Sunday (4/10) also marks the opening of a second Jazz at the Jungle (Theater) season, a series of shows featuring Connie Evingson. This time she’s got “No More Blues,” and to help keep those blues away, she’s singing with special guest, Minnesota Orchestra trumpeter Charles Lazarus—no stranger to jazz. They’ll do two shows (4 and 7:30 pm).
If you want a weekend get-away without getting away from music, consider the 44th annual Eau Claire Jazz Festival this weekend (4/7-10), with headliners Bobby Sanabria and Eric Marienthal as well as lots of local music and clinics. Full schedule online.
Early in the week (4/11-12), a musically rejuvenated Kevin Eubanks comes to the Dakota with his quintet, hot off the release of Zen Food (Mack Avenue). A member of the Tonight Show Band for 18 years (the last 15 as director), the guitarist decided it was time to get back to his promising performing and recording career, taking with him keyboardist Gerry Etkin and drummer Marvin “Smitty” Smith. With bassist Rene Camacho and saxophonist Bill Pierce, this band is capable of bebop one minute, funk the next, with ambient gentility in-between.
Jazz Central, open by invitation only (but consider this an invitation), is building its schedule, adding to the regular Monday night gigs a monthly Tuesday night jam with the Atlantis Quartet. and more music on Tuesdays. Monday (4/11) it’s everyone’s favorite multi-reedman, Dave Karr, with the Aaron Hedenstrom Quartet coming in on Tuesday (4/12). No cover, donations appreciated, bring your own whatever.

Coming Soon
Just a quick look ahead—Café Maude will be presenting music again, on Wednesday nights starting in May, with the Dean Granros Trio (5/4), Zacc Harris Quartet (5/11), Dean Magraw (5/25) and more. So stay tuned. And go. Show Maude live music weekly is very good for business. Also note that the Loring Theater (old Music Box) has tickets on sale for the April 15th final performance by Jeremy Walker’s Nownet (but fear not, Bryan Nichols is taking over Jazz Is Now! and more music is sure to follow) and for the May 20-21 Stravinsky extravaganza with the Bad Plus (their new interpretation of the Rite of Spring). Also coming up this spring:
• April 15, Jazz Is Now Nownet, Final Gig (with Wess Anderson and Marcus Printup) at the Loring Theater
• April 17-18, Lee Rittenour at the Dakota
• April 19-20, Arturo Sandoval at the Dakota
• April 21-May 22, I Wish You Love (Nat King Cole) at Penumbra Theater
• April 22, Charmin & Shapira CD Release at the AQ
• April 22, Fantastic Merlins at the Black Dog
• April 22, Bobby McFerrin at Orchestra Hall
• April 24-25, John Pizzarelli at the Dakota
• April 27-28, Omar Sosa at the Dakota
• April 29-30, Connie Evingson at the Artists Quarter
• May 1, Soul Café at Hennepin United Methodist Church
• May 6-7, Atlantis Quartet at the AQ
• May 12, Dakota Combo, Jazz Thursdays at MacPhail
• May 13-14, Red Planet at the AQ
• May 14-15, John Raymond at the Dakota (Saturday) and AQ (Sunday)
• May 14, Brubeck Brothers at the Hopkins Center for the Arts
• May 16-17, Steve Tyrell at the Dakota
• May 20-21, The Bad Plus (Rite of Spring) at the Loring Theater
• May 20-21, Bryan Nichols CD Release at the AQ
• May 22, Maceo Parker and Christian McBride at Orchestra Hall
• May 22, Paula Lammers CD release at the AQ
• May 23-24, Candy Dulfer at the Dakota
• June 24-25, Twin Cities Jazz Festival with Gary Burton, Danilo Perez and more, at Mears Park