Jazz Journalists Association and the Best of..... 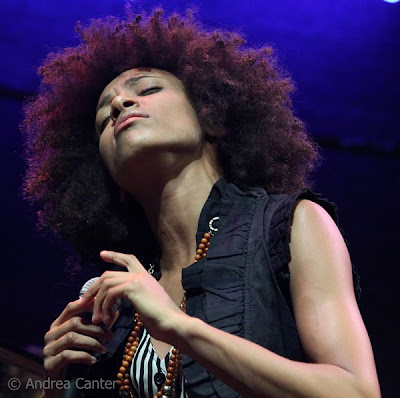 I know most jazz musicians (maybe most artists of all sorts) are not particularly excited by the various “Best of the Year” or whatever awards listings. For one thing, it’s not like the best batting average or fasted mile run that have objective criteria and measurement. How do you rate something as subjective as art? And too often, it seems to be a matter of visibility—who heard the CD? Who saw the production? I look at the stacks of CDs on my office floor (yeah, on the floor—don’t try to walk in here!), sent by agents, labels and many self-managing artists. Maybe the very best CD of the year is just lying in a pile. And without nagging from publicists or attractive packaging and ads in Downbeat, I might not notice it enough to rip off the shrink wrap.

As a member of the Jazz Journalists Association, and subscriber to Downbeat and Jazz Times, I get a few chances each year to declare my preferences for the best artist, best recording, best pianist, best blog of the year, and it is a fearsome task. First, how can I know all the options? Even if I can create my own initial list of nominees, sooner or later I am presented with a list of finalists, and often there are names, titles that are totally unfamiliar to me. So how can I really vote? I guess like everyone else, I vote within the confines of my knowledge. So for sure, I overlook someone, something that deserves “the best” designation. Sometimes it feels like voting for “Most Likely to Succeed” in high school.

On the plus side, such awards and lists bring some new music, new artists to my attention. Whether or not they end up on top, just seeing the names on a list prompts me to check them out. Would I be aware of the great composer and arranger Darcy James Argue if his Secret Society had not be on such lists last year?

JJA just announced the final list of nominees for 2010 (which is really March 2010-March 2011). Some of my suggestions made this list, like Jason Moran’s Ten and Joe Lovano’s Bird Calls for CD of the year; Nate Chinen for Jazz Journalist of the Year; Craig Taborn for Keyboardist of the Year. Apparently I had lots of company! And much to my surprise, my photo of Esperanza Spalding, from her September gig at the Dakota, made the final list for Photo of the Year. The first round is self-nomination. It’s interesting to see what folks submit. But I have always suspected that visibility of the subject has a lot to do with the final list – so I figured it didn’t hurt to submit a photo of the winner of the Grammy for “best new artist.”

Even if you are not a member of the JJA, you can see the list of nominees in all categories. It’s an education by itself. Visit http://www.jjajazzawards.org/p/2011-nominees.html. You can see each nominated photo, too. I especially like John Watson’s photo Carla Bley. It won’t hurt my feelings if you vote for it.

Photo: Someone asked me to post it. So here it is. Thanks to the publicity folks for Esperanza for giving me more or less free rein to wander around the club with my camera during her Chamber Music Society show in September.
Posted by Canterjazz at 5:33 PM