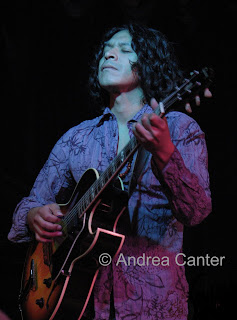 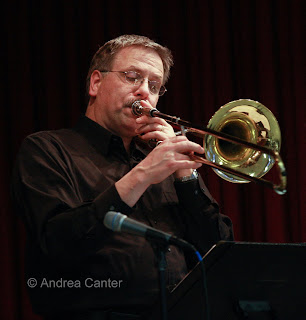 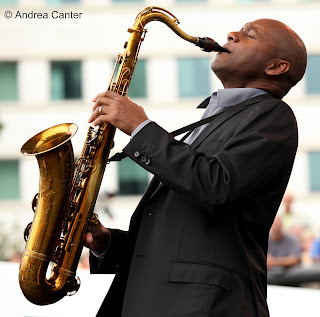 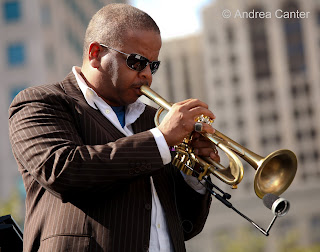 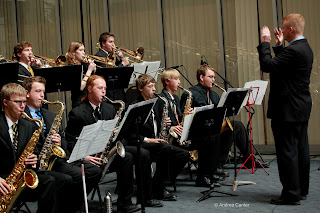 I love New York…. But also appreciate the Twin Cities jazz scene when I return. There are not as many choices at one moment. But I can only go to one thing at a time. And no one here is charging $20 minimums on top of cover charges.

Highlights, Last Week
Most of mine were in New York. Joe Locke Quintet at Dizzy’s, Oregon (40th anniversary tour!) at Birdland, Village Vanguard Orchestra at the Vanguard, and amazing—Dan Tepfer/Paul Motian duo at Cornelia Street. But the local connections were particularly special—The John Raymond Project with Javier Santiago very late at the Iridium, and the Dakota Combo capturing the spirit of Mingus (and the Mingus Spirit Award) at the annual Charles Mingus High School competition held at the Manhattan School of Music. The only local music I got to in the past week—the utterly divine Lizz Wright at the Dakota (2/23). Sort of jazz, sort of gospel, sort of soul….. sort of everything.

Highlights, This Week
Peruvian guitarist Andres Prado made a lot of friends and fans during his two years in the Twin Cities, and now he’s back as part of a residency at McNally Smith, finishing off his visit with two nights (2/25-26) at the Artists Quarter with his Minnesota Quintet—Pete Whitman, Peter Schimke, Jeff Bailey, Kevin Washington. The music will lie somewhere between Coltrane and Lima.

After last month’s sold-out opening of his Hollywood Cabaret series with songs from the 1930s, Arne Fogel and friends are turning to the 40s with two performances at the Bloomington Art Center’s Black Box Theater, Saturday night and Sunday afternoon (2/26-27). Joining the affable crooner this time will be songbirds Maud Hixson and Jennifer Eckes.

Special event for anyone who recognizes the importance of jazz education is the Dakota Foundation for Jazz Education’s Jazz Brunch Fundraiser, this Sunday (2/27) at the Dakota Jazz Club. You can support the future of jazz and enjoy Chef Jack Riebel’s cuisine, hear the remarkable Dakota Combo as they join forces with Irv Williams and Ginger Commodore, hear inspiring comments from special guest speaker Branford Marsalis, and enjoy the fun of a live auction. Help support summer festival youth stages, summer jazz camp scholarships, artists in the schools, and more.

Sunday night is a cross-town festival of its own: Starting at 5 pm, come down to the Artists Quarter for a benefit to support trombone star Dave Graf, as he recovers from injuries suffered when he challenged an ice dam on his roof and lost. Dave is doing well, even playing some trombone again, and he’ll be on hand to hear Locally Damaging Winds, Tanner Taylor, Lucia Newell, Brian Grivna and more. Back on Nicollet Mall, the prime time gig features two of the hottest jazz ensembles on the scene—back to back sets at Orchestra Hall with the Branford Marsalis Quartet and Terence Blanchard Quintet. I heard both bands last September at the Detroit Jazz Festival, and there are none better when it comes to modern mainstream. Branford brings along long-time cohorts Joey Calderazzo on piano and Eric Revis on bass, with relative youngster Justin Faulkner on drums. Blanchard also has a crew of young titans, with Brice Winston in sax, Fabian Almazan on piano, Joshua Crumbly on bass and the volcanic Kendrick Scott on drums.

And further down the block—another Marsalis! Youngest offspring Jason brings his vibes quartet to the Dakota for two nights (2/27-28), overlapping big brother Branford with his early set Sunday, but expect some “surprise” guests for the late set! And come back Monday night for two more rounds. Initially making his mark as drummer for Wynton and Marcus Roberts, as well as co-founding Los Hombres Caliente, Jason has focused more on vibraphone for his own band. Come hear why his older brothers claim Jason is the most talented of the clan!

Thursday (3/3) is an opportunity to see youth and veterans on the same bill. The Twin Cities Jazz Society Jazz From J to Z series presents Brazilian vibes with Ticket to Brasil, led by guitar whiz Pavel Janey, with the St Paul Central High School Jazz Band playing an opening set. TTB will be doing a clinic with the high school band, and inviting one or more to sit in later in the evening, all at St Paul Central HS.

More Jazz This Week!
Pamela has the most complete listing of area jazz on her blog. Some worthy options:

Wednesday, 3/2: Glen David Andrews at the Dakota; Steve Kenny and the Bastids at the Artists Quarter; Charmin Michelle and Denny Malmberg at Fireside Pizza (Richfield)

Thursday, 3/3: Glen David Andrews at the Dakota; Black Heralds at the Artists Quarter