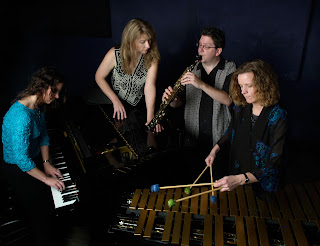 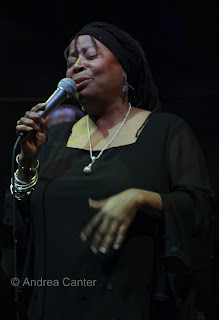 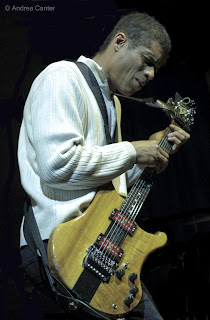 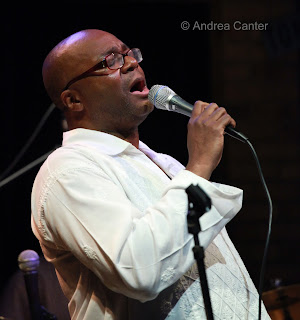 Diversity reigns as Jazz 2011 gets underway, from the bluesy swing of Debbie Duncan to the virtuosic eccentricities of Stanley Jordan to such favorites as Benny Weinbeck and Bruce Henry and some edgy stuff from Zeitgeist. Notably absent however is the long-standing Fat Kid Wednesdays gig at the Clown Lounge, a Monday night staple for modern jazz fans. Its parent/upstairs venue, the Turf Club, abruptly closed over the weekend, and will reopen under new management. But without its Monday night jazz gig. Being named “best jazz club” of 2010 by City Pages apparently was not enough of a reason to keep the small experimental music schedule going? Fat Kids will keep on, for sure, with ten strong years and a long list of fans. Where? Watch Café Maude, the Artists Quarter, Hell’s Kitchen, and who knows…. Seems that around the Twin Cities, when one jazz door slams shut, another opens. Somewhere.

Highlights, Last Week
• New Year’s Eve at the AQ: Carole Martin was limping a bit with a sore hip, but she was still able to play food manager, hostess and vocal diva to the usual NYE crowd and swing with a band of Phil Aaron, Dean Magraw, Jay Young and Kenny Horst, with Gary Berg coming along to blow his horn through the second set. And as always, we got the special mother/daughter treat when Dawn Horst joined Carole at midnight for some down and dirty blues.

• Bryan Nichols Quintet at the AQ: It was the “snow check” night as Bryan returned with his quintet (and with Sean Carey ably filling in for JT Bates) to finish the gig wiped out by the December 11th blizzard. You could tell the guys were a bit high on adrenalin from their recent recording session, and the music—from sublime to volcanic—served notice that this will be one of the best recordings of 2011.
• Charles Neville Quartet at the Dakota: Anyone seeking adventuresome experiments would have been disappointed, but if you came to the Dakota to relax with some old fashioned bebop arrangements, Neville (and young vocalist Jessica Freeman) wrote the perfect prescription.
• Javier Santiago/James Buckley/Miguel Hurtado at the AQ: Every time I hear him, Javier Santiago, now in his senior year at New School for Jazz, blows my mind a little bit more. With longtime pal, drummer Miguel Hurtado and the relatively old guy, bassist James Buckley, Javi took us through some inventive dismemberings of classic tunes, turning to the Javier Santiago Songbook on the late set.
• Phil Hey Quartet at the AQ. I should go every month. These guys are our answer to the MJQ. This week they dug into the Cedar Walton repertoire. Very cool.

Highlights, This Week!
Start the weekend on an experimental note with Zeitgeist, celebrating a new recording (Here and Now) in their home space at Studio Z in Lowertown. Actually the celebrating got underway Thursday and continues through Saturday (1/6-1/8). As these adventurous musicians note on their website, “two years ago, Zeitgeist asked 30 Twin Cities’ composers to create short works for us during the state’s sesquicentennial. Now…this collection delivers an aural snapshot of the amazing diversity of artistic voices that are the ‘zeitgeist’ of our Twin Cities new music community in the Here and Now.” Where jazz, classical and improvisational music blur, it’s Zeitgeist.

Everyone’s favorite jazz entertainer, Debbie Duncan will melt the snow around the Artists Quarter this weekend (1/7-8), with a band yet to be announced, but the rumor is that Adi Yeshaya is in town and with his longtime association with Debbie… well it is just a rumor. Whoever is on the bandstand, Debbie will ensure that we all have a fun night and that our ears are massaged with wit and song.

One of the most amazing performers I saw in the past few years was guitarist Stanley Jordan. But calling him a guitarist is like calling Kurt Elling a singer. Jordan will do one night, two sets solo at the Dakota (1/9), during which we might witness him dueting with himself, one hand on the guitar and one on the piano, or using his impossible to describe “tapping” technique, or reinventing Mozart.

All-stars across musical genres will be on hand at the Dakota Monday night (1/10) to raise funds for arts photographer Anne Marsden, who is battling cancer. Anne’s sensitive and evocative portraits grace many an album cover or artist’s website (e.g., Christine Rosholt, Maud Hixson). I met Anne at the AQ last fall (she likes the music too!) and hold her partially responsible for some good decisions I made about cameras and more. Artists set to perform at the benefit include Prudence Johnson, The New Standards, Dan Chouinard, Dean Magraw, Laura Caviani, Dennis Spears, Debbie Duncan, Lori Dokken, T. Mychael Rambo, Regina Williams, Connie Evingson, Leslie Ball, Erin Schwab, Gary Raynor and the Minnesota Orchestra’s brass section. Reserve on the Dakota’s website.

The Wolverines are at Hell’s Kitchen every Wednesday, and usually one of the fine voices of the Twin Cities joins in. This week (1/12) you can catch a reunion of sorts when Maud Hixson joins up with husband Rick Carlson on keys, Keith Boyles on bass and Jendeen Forberg on drums. At least I have not seen Maud and the Wolves in a while and it will be aural pleasure to catch at a set, or more… Maud also has a “homecoming” at Erté this weekend, Friday night (1/7) with Rick and Saturday night with guitarist Dave Singley (1/8).

And Bruce Henry comes into town, this time for two nights at Hell’s Kitchen (1/13-14). For someone working in Chicago these days, he still manages to get back to his old stomping grounds about every other month, and this time the surroundings are definitely funkier and more likely to induce serious blues and fun. Down the street, catch a rare Dakota club gig with pianist extraordinaire Benny Weinbeck, usually found in the company of Gordy Johnson and Phil Hey; his trio also plays weekly, Fridays and Saturdays (1/7-8), at D’Amico Kitchen.