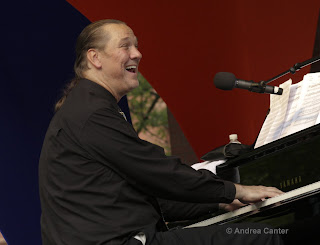 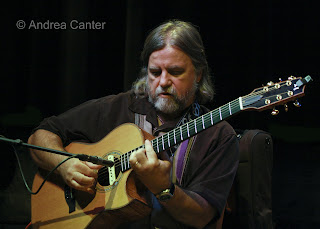 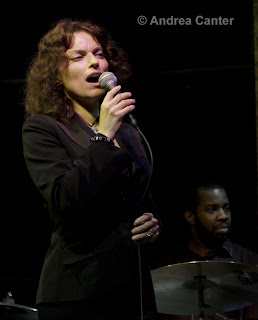 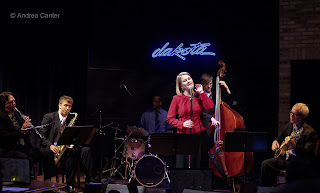 I’m off to New York in a few weeks and starting to pull out my hair over the conflicting jazz club schedules. But really, in New York or the Twin Cities, I can only go to one gig at a time. And here at home, clubs/stages are rarely more than 20 minutes apart and I don’t have to depend on a cab.

Highlights, Last Week
What I missed – Billy Peterson’s 60th birthday bash at the AQ; the reunion of the Phil Aaron Trio (Jazz @ St Barneys); Lucia Newell and Rick Carlson at La Chambre Rouge of the Loring Pasta Bar. But there was great music that I did manage to hear:

• Quentin Tschofen Trio at the Dakota Late Night (1/21). What? Who? Three bright lights on the jazz scene, still in high school. They weren’t afraid to play two hours’ worth of original music and easily matched the skills of many 20-somethings. Quentin’s compositions have the sophistication of musicians twice his age (or more), and the trio kept us old folks on high alert into early Saturday morning. (See blog, 1/24)

• East Side at the Bloomington Center for the Arts (1/23). This eclectic quartet covers the stylistic range “From Miles to Astor,” although they played no Miles, no Astor. Mostly the fare was originals from very original guitarist Reynold Philipsek. (See blog, 1/26)

• Roy Hargrove Quintet at the Dakota (1/24-25). Not a bad substitution for the Dave Holland Quintet (postponed til fall). While it would probably be impossible for Roy and company to surpass their January 2010 gig, they came close, spurred by mostly original compositions and soulful soloing particularly from the leader himself and one of the genre’s most under-recognized saxmen, Justin Robinson. Roy even took the microphone to close the first set of night two with a vocal on…. His singing may never challenge his horn chops, but….

• Latin Jazz All-Stars at the Dakota (1/26). Claudio Roditi was delayed but made it on stage by the second chorus of “Little Suede Shoes.” Pete Escovedo manhandled the timbales like a 20-year old. Steve Turre was charming and virtuosic on both trombone and conch shells. But Nachito Herrera sat in on one tune and stole the show.


Highlights, This Week
Decisions, decisions. There’s everything from stride and swing to bebop and Mingus. Oh, I guess all that is Mingus.

A perennial summer jazz festival favorite, pianist Jon Weber often comes to town for a winter preview at the Artists Quarter. He’ll be here Friday night (1/28) for a couple sets that no doubt will show off his remarkable stylistic range (from stride to posbop) as well as encyclopedic knowledge of music. With some performers, we are lucky if they just tell us the title of the tune; with Jon we are likely to get a short biography, an anecdote, birth dates and more. He also takes requests—like, what time signature should I use? What style should I play? His pals Gordy Johnson and Kenny Horst will be on hand (although Jon will surely play some solo works), and a special treat will be some songs with Maud Hixson. Maud just returned from a couple gigs in the New York area, including a musical revue of the songs of Mickey Leonard at the famed Metropolitan Room –with Jon Weber on piano.

Maud heads back to the Big Apple in a couple weeks for a repeat performance, but first takes the stage with Arne Fogel and Nicola Miller in the first of three Hollywood Cabaret shows that Arne has put together for the Black Box Theater (Bloomington Center for the Arts); this one features songs of the 30s in two shows, Saturday night (1/29) and Sunday matinee (1/30). Maud ends the week at the Dakota next Thursday (2/3) with the swinging French 75 ensemble.

Splitting the AQ weekend with Jon Weber is The Five (1/29), a quintet of local veterans who gather only once or twice each year to make some merry mayhem. The Five are Dave Karr, Steve Kenny, Mikkel Romstad, Tom Lewis and Kenny Horst.

Roberta Gambarini, considered by many to be the top female jazz vocalist on the scene, returns to the Dakota on Monday and Tuesday (1/31-2/1), riding on the success (and a couple Grammy nominations) of her most recent recordings. Her phrasing is elegant, her intonation perfect, her scatting pure artistry. The late Hank Jones, who appears on her 2008 release (You Are There), compared her to Ella, and he was not one to render such praise casually.

Roberta is not the only vocalist of note on Monday (1/31). Local songbird Connie Evingson teams up with eclectic guitarist Tim Sparks for an unusual evening of Musique Mystique at the Loring Pasta Bar. Both Connie and Tim have wide followings and diverse projects, but their duo suggests some new musical directions for both are in store.
The MacPhail series of Jazz Thursdays concerts devoted to the works of Charles Mingus continues (2/3) with Concert III: Something Like a Bird. This time the focus is on the large ensemble works of this “modern extension of Duke Ellington,” and features Adam Linz, bass; Bryan Nichols, piano; Michael Lewis and Chris Thomson, saxophones; Greg Lewis, trumpet; Scott Agster, trombone; Stefan Kac, tuba; Dave Karr, baritone saxophone; and J.T. Bates, drums. The musicians will further entertain with a Q & A session at 7 pm before the concert.
Some fun gigs at the AQ this week: Bill Brown’s 50th birthday with the Tuesday Night Band (on… of course, Tuesday night, 2/1); the return of the Chris Lomheim Trio after a few months’ hiatus (2/2); the return of Framework, the ensemble of musical explorers—Jay Epstein, Chris Olson, Chris Bates (2/3). And every Wednesday, the early set will now feature Steve Kenny and the Bastids.

More Jazz All Week
See the monthly and daily listings on Bebopified. Note in particular:
Friday, 1/28: Joan Funk and Jeff Brueske in the Lobby Bar at the St Paul Hotel (a nice starter for the evening and only a couple blocks from the Artists Quarter); Septonics with Paul Renz and Maggie Diebel at the Riverside Café; Adam Meckler Quintet on the Late Night schedule at the Dakota; Joel Shapira Quartet at Café Maude (catch weekend music there while you can—only one more month)
Saturday, 1/29: Zacc Harris Trio for brunch at Hell’s Kitchen and at the Hat Trick later in the evening; Funk and Brueske back at the Lobby Bar of the St Paul Hotel; Lee Engele & Tim Patrick at the Medina Ballroom; Century College Jazz Festival, evening concert with Century College Jazz Ensemble and Tom Malone.
Sunday, 1/30: Patty and the Buttons at the Aster Café for brunch; Zacc Harris Trio at the Riverview Wine Bar
Monday, 1/31: Saxophonist Mark Yannie at Jazz Central; Charmin Michelle and Denny Malmberg at Fireside Pizza (Richfield)
Tuesday, 2/1: Cory Wong Quartet, early show at the Artists Quarter; Vital Organ with Katie Gearty at Hell’s Kitchen; Christine Rosholt with Beasley’s Big Band at O’Gara’s.
Wednesday, 2/2: The Wolverines and Arne Fogel at Hell’s Kitchen; Charmin Michelle and Denny Malmberg at Fireside Pizza (Richfield).
Thursday, 2/3: Public Newsense, Young Artists Series at the Artists Quarter (early set at 7)
Coming Soon!
• February 4, John Scofield at the Dakota
• February 4, Matthew Shipp at the Loring Theater
• February 4-5, Kronos Quartet at the Walker
• February 5, Dean Magraw and Marcus Wise, CD Release at The Cedar
• February 9-10, Kurt Elling at the Dakota
• February 10, Butch Thompson at the Paul and Sheila Wellstone Center
• February 11-12, Bobby Peterson Memorial Showcase at the AQ
• February 12, Roni Ben-Hur at the St. Paul Jewish Community Center
• February 18-19, Aaron Goldberg Trio at the AQ
• February 20, Laura Caviani’s “Songs of Alec Wilder” at the Bloomington Center for the Arts (TCJS Jazz From J to Z)
• February 25-26, Andres Prado Quintet at the AQ
• February 26-27, “Hollywood Cabaret 1940s” with Arne Fogel, Maud Hixson, Jennifer Eckes and Rick Carlson at the Bloomington Center for the Arts
• February 27, Dakota Foundation for Jazz Education Fundraiser (Brunch) at the Dakota
• February 27, Branford Marsalis and Terence Blanchard at Orchestra Hall
• February 27, Benefit for Dave Graf at the Artists Quarter
• March 2-3, Glenn David Andrews at the Dakota
• March 12, Mike Stern with the JazzMN Orchestra at the Hopkins High School Performing Arts Center
• March 15, Stanley Clarke Band/Victor Wooten Band at the Dakota
• March 21-22, Jane Monheit at the Dakota
• March 27-28, Omar Sosa at the Dakota
• April 4-5, Joe Lovano’s Us Five at the Dakota