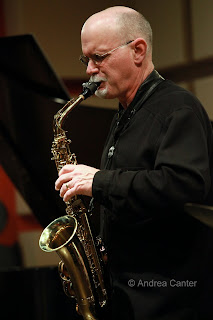 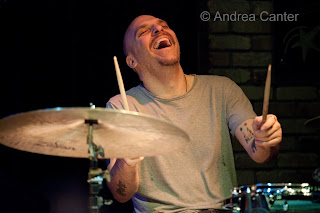 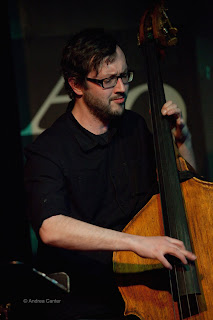 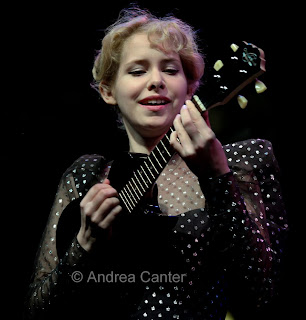 Snow might have postponed gigs in New York this past week, but we’re intrepid in Minnesota! The jazz must go on!

Highlights, Last Week
• For Love of Annie (Dakota): It wasn’t a jazz gig per se, but some of the area’s heavy hitters joined forces with musicians and entertainers of all ilks for a benefit for Ann Marsden, photographer of a wide range of performers and an amazing fine arts photographer as well. Aiding her battle against cervical cancer were impassioned performances from Connie Evingson, Laura Caviani, Dean Magraw, Gary Raynor, JT Bates, Regina Williams, Dennis Spears, T. Mychal Rambo, The New Standards, Kevin Kling and many more.
• Stanley Jordan (Dakota). See January 12th blog. The inventive guitarist performed solo, and evoked duo, trio and orchestral scenarios tethered together by an underlying thread of baroque improvisation.
• Maud Hixson and the Wolverines Trio (Hell’s Kitchen). The weekly Wolverines gig was augmented by Maud Hixson, back with her frequent cohorts (Rick Carlson, Jendeen Forberg) and, this week, with Steve Pikal on bass. Steve has been in Texas doing a few months duty with River Walk’s Jim Cullum in San Antonio. Steve will be back for good in March. Maud is always adding to her songbook, and tonight for the first time I heard her sing a personal favorite, “So Many Stars.”
• Oleta Adams (Dakota). OK, this was not a jazz gig. But any fan of jazz, R&B, soul or gospel—or any music-- had to be moved by that voice…

Highlights, This Week
For fans of modern jazz and experimental music, I can’t think of a better gig than Pat Moriarty and Phil Hey. The sax/drum duo had a regular thing going in the 70s but these days their performances are very few and very far between. It’s been years! They’ll be mixing music and mayhem at the Black Dog Café tonight (1/14). Less than a mile away, more mischief will be on stage at the Artists Quarter with internationally renowned drummer Eric Kamau Gravatt and his Source Code ensemble (1/14-15).

Across town, you have one more night (1/14) to catch smooth-as-bourbon vocalist Bruce Henry, “home” from Chicago to raise the roof at Hell’s Kitchen with his usual band of local heroes, tonight with Zacc Harris, Bryan Nichols, Jay Young and—a special attraction—acclaimed drummer Babatunde Lea, recently transplanted from the Bay Area to western Wisconsin. Stay downtown and head to the Dakota for the late (11 pm) set with Harris, Nichols, Lea and Adam Linz.

Saturday night (1/15) brings volcanic activity to the Cedar, with the Dave King Trucking Company. Joining the imaginative anchor of the Bad Plus will be guitarist Erik Fratzke (a partner in Happy Apple) and New York reedman Chris Speed. Sunday night (1/16) offers a rare opportunity to hear the lucious Lucia Newell on the Dakota stage with the dazzling Debbie Duncan, joined by Tony Axtell and Mac Santiago.

Jazz Central continues its exciting Monday night series of music and jam sessions, this week (1/16) featuring trombone master Jeff Rinear. We usually get to hear Jeff only in the context of a large ensemble (X-Tet), but at this little underground (literally) club in Northeast, Jeff will have plenty of space with just Tanner Taylor and Mac Santiago.

NEA Jazz Master Ramsey Lewis typically plays bigger spaces than the Dakota Jazz Club, but only a few months past his Labor Day gig he’s back, this time with a new trio and some new original compositions for another two-night stand (1/18-19). Over at the Artists Quarter, a veteran guitarist (Dean Granros on 1/19) goes back to back with a young upstart pianist (Dan Musselman on 1/20). Also on Thursday (1/20), Barbette hosts and outstanding edgy trio led by bassist James Buckley, with Bryan Nichols and JT Bates.

And the week will close out in fun style with the return of Nellie McKay to the Dakota (1/20-21). Yes, she was just here in October with the Prairie Home Companion band, but now she’s bringing her own touring ensemble. On vocalist and piano or ukulele, she’s irreverent and irresistible.

Posted by Canterjazz at 1:41 AM