Experimental Music in the Twin Cities: Improvising Over Dis-chordant Changes 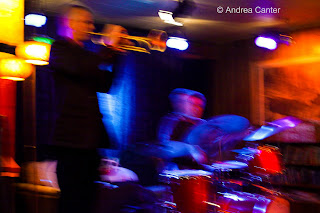 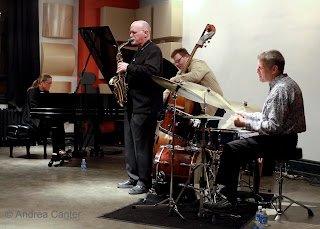 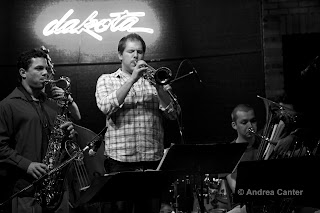 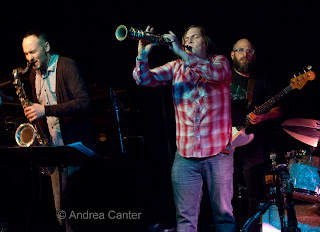 The changing commitment at the Clown Lounge was bad enough. Now one of the few remaining homes for experimental music in the Twin Cities is changing its focus as well. Café Maude, that neighborhood restaurant in Southwest Minneapolis that has offered a surprising range of avant-garde jazz and broad-reaching improvisational music for several years, will discontinue its weekend music as of March 1st. The Clown long hosted Fat Kid Wednesdays as its Monday night "Jazz Implosion," for at least the past five years. Visiting free thinkers and local guests kept up a weekly banter of excitement, and for a while there was a Tuesday Night series as well. No more. New management, different tastes. Café Maude had a more eclectic schedule but frequently offered varying combinations of the likes of Bryan Nichols, Adam Linz, Dean Granros, Patrick Harrison and more. Who knows, if Maude continues with some weekday music, perhaps some of our favorite improvisers will be on the schedule now and then?

It’s not that other venues have kept the faith. In the past few years, we’ve seen music venues close completely (The Times, Sophia’s, its replacement Picosa) and others discontinue weekend dinner sets. But we’ve also seen probably an equal number of venues open or add music (e.g., Loring Pasta Bar’s new Musique Mystique series, the new Pardon My French in Eagan, the revitalized Music Box Theater, now the Loring Theater). But save the Loring, which offers a highly eclectic series in a concert setting, the new opportunities have catered to very mainstream musicians and audiences, not to the far left of chord progressions. What’s a free improviser to do?

The Artists Quarter offers such fare now and then, hosting Happy Apple, Fat Kids, Dean Granros, Bryan Nichols and others in rotation with its hard bop and post bop regulars. Maybe Kenny Horst will open that door more often. The Dakota Late Night was initially home to more experimental bands, and still will bring in some edgier ensembles like the Bryan Nichols Trio, Ingo Bethke, Atlantis Quartet. There’s frequent free exchange at the Black Dog Café and neighboring Studio Z in St Paul’s Lowertown, both confined by small spaces. Even Hell’s Kitchen, generally regarded as a rather conservative music environment, occasionally goes out on a limb for weekend brunch with such bands as Fat Kids, Atlantis Quartet and more. But only the Black Dog has a weekly commitment to this music, with Nathan Hanson and Brian Roessler now curating the Friday Night series, “Community Pool: Deep End.” And it’s maybe the smallest stage in town.

Theaters, studios and concert halls might pick up some slack. In addition to the Loring (with Matthew Shipp on deck for Febuary 4th), there’s been expansion of modern jazz at the Walker Art Center (this year with Dave Douglas, Brad Mehldau, and Jenny Scheinman) and at MacPhail with the Mingus series; the Dave King Trucking Company was recently at The Cedar, which can always be counted on to bring in a few avant-friendly acts each season. Homewood Studios in north Minneapolis has long been home to Milo Fine and colleagues, as has the West Bank School of Music. Neither will seat more than a few dozen listeners. And again, these venues are no substitutes for those weekly gigs that help build audiences and keep the improviser’s muse sharp.

It might require a larger network of “underground” music. Jazz Central, the private club/studio run by Tanner Taylor and Mac and Luis Santiago in northeast Minneapolis, offers a model – a space run by musicians, funded by donations, with at least weekly opportunities for spontaneous combustion across the broadly defined jazz spectrum. We need more such spaces and more artists –or arts patrons-- willing to become house managers and promoters.

We need more improvisers on both sides of the stage.
Photos: (top to bottom) Kelly Rossum and Phil Hey in"Conflict" at the Clown Lounge in early 2010; Insurgents (Ellen Lease, Pat Moriarty, Adam Linz and Phil Hey) at Studio Z last spring; Ingo Bethke in a Late Night set at the Dakota in 2008; Brandon Wozniak, Mike Lewis, and Erik Fratzke with the Bryan Nichols Quintet at the Artists Quarter in December 2010 (all photos Andrea Canter)
Posted by Canterjazz at 6:28 PM