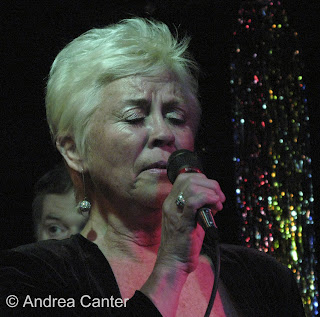 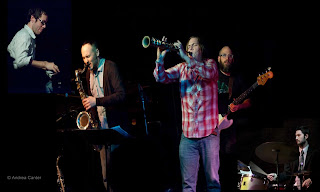 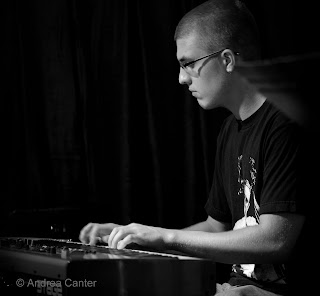 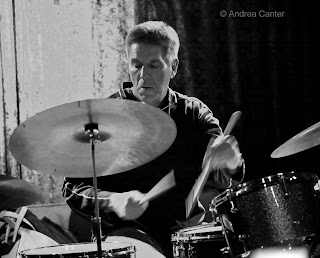 New Year’s Eve gigs dominate the weekend, while 2011 gets underway on some upbeat notes.

Highlights, Last Week
• The 11th annual holiday visit to the Dakota from The Bad Plus, with three relaxing nights of mostly original music and favorite covers, from Aphex Twin to Ornette and even a dash of Rogers and Hart. But my favorites are still Iverson, Anderson and King.
• Pianist Paris Strother also has a traditional winter gig at the Dakota where she got her start opening for Bobby Watson in 2003. She’s returned with fellow young lions in tow, and last week, she showed off her recent collaboration with twin sister, vocalist Amber Strother, with vibrant backing from bassist Chris Smith and drummer Brandon Commodore.
• Horizon is the new duo CD from pianist/composer Dan Cavanagh, currently teaching at the University of Texas-Arlington, and his former music prof at St. Olaf, vibes master Dave Hagedorn. Maybe the best piano/vibes duo since Corea and Burton, but distinctively different particularly given Dan’s far more jagged approach to the keyboard. We got a nice sampling of the CD as well as some interesting covers of Richie Bierbach, Frank Kimbrough and Charlie Haden at the CD release party at the Artists Quarter.

New Year’s Eve Jazz
This is no ordinary weekend with local jazzers ringing in the New Year at a smattering of venues around the metro. See venue websites for complete information:

• Artists Quarter, Carole Martin and Friends. Annual bargain bash with some of the best jazz in the Midwest. Singer Carole Martin covers the torch song repertoire as well as blues and plain old swinging standards. Her cohorts this year include guitarist Dean Magraw, saxman Gary Berg, and other local stalwarts. $38 (by 12/23) includes a light buffet, champagne toast, hats and noisemakers.

• Camp Bar, Christine Rosholt. Popular chanteuse with a sextet at the campiest bar in St Paul.

• Cinema Ballroom, Charmin Michelle and the Jerry O’Hagan Orchestra. If ballroom dancing is your thing, you can’t do better than the Jerry O’Hagan Orchestra, and with the always-stellar voice of Charmin Michelle, you can enjoy yourself without cutting a rug. Tickets $70 at the door ($50 students) includes hors d’oeuvres, noisemakers, champagne toast.

. Dakota Jazz Club, Christine Rosholt and Lee Blaske. It's a Happy New Year Happy Hour with feisty songbird Christine and elegant pianist Lee. If you can, and have the financing, stick around for the formal celebration with The Average White Band. Or enjoy the ambience and head out for more jazz.

• Honey, Maud Hixson and Rick Carlson. One of the most sublime collaborations around, no cover. Party begins with DJ, food and more.

• Hyatt Regency, Patty Peterson and Friends. Can’t ever go wrong with Patty Peterson. And among her friends, pianist Peter Schimke and brothers Billy and Ricky Peterson.

• Ingredients Café, Roxy and Joe Cruz. One of the swingingest couples and longtime favorites at Ingredients, guitarist Joe and vocalist Roxy bring a mix of standards and bossa to the party.

• Lobby Bar, St Paul Hotel, Joann Funk Trio. Pianist/vocalist Joann expands her usual duo with Jeff Brueske by adding drummer Nathan Norman for a swinging evening. No doubt some Blossom Dearie will be on the menu.

And if you are staying home tonight, you can enjoy jazz at top venues around the country by tuning into KBEM (Jazz 88.5 FM) radio and the annual Toast of the Nation. The broadcast starts at 7 p.m. and features Lionel Loueke from the Berklee College of Music in Boston; the Jon Faddis Orchestra of New York with Nneena Freelon in Washington D.C.; Cyrus Chestnut, Benny Green, Jimmy Heath and Nicholas Payton in New York City; the battle of the saxes with Von Freeman and Edward Peterson in Chicago; and Dianne Reeves from Yoshi’s in San Francisco.

More Jazz This Week!
Start your 2011 with some hot gigs to warm up our usual subzero January nights! Bryan Nichols and his quintet return to the Artists Quarter Saturday (1/1) as a “make up” for the canceled gig on blizzard weekend. Those of us who got to his Friday show were treated to some of the most ingenious new compositions in town, to Bryan’s formidable piano chops, to the dynamic sax duo of Brandon Wozniak and Mike Lewis, and the bass antics of Erik Fratzke. JT Bates is the usual drummer but for this New Year’s Day outing, Sean Carey takes over the trapset.

Guitarist/composer Reynold Philipsek celebrates the New Year (1/1) with a toast to his home town St. Cloud, subject of one of two compositions he’s put onto a disc—sort of a party favor for those at his solo/duo gig at the 318 Café in Wayzata. You can hear, and take home, “St. Germaine Street” and “Astoria” and enjoy Reynold alone and in the fine company of violinist Gary Schulte.

The Dakota starts the year with jazz, New Orleans style from the boppin’ sax of Charles Neville (1/1-2). He was a big hit when was here with brother Aaron’s holiday show, and now returns with his own band. What can you expect from a musician who cites John Coltrane and Professor Longhair among his muses? Soulful improv, for sure. And at the Dakota on Monday night (1/3), catch a rare prime time appearance by the Atlantis Quartet. With Zacc Harris, Brandon Wozniak, Chris Bates and Pete Hennig, the Atlantis is one of the most innovative foursomes in the metro, as inclined toward Coltrane as toward Hendrix, and their own compositions are equally engaging.

Jazz Central continues its series of Monday night performance/jam sessions, this week (1/3) featuring accordion monster Patrick Harrison. Usually it’s Tanner Taylor on keys and Mac Santiago on drums, and it’s always an invigorating evening, with combinations of musicians and new music that is not likely to be heard anywhere else. Speaking of new music, the Artists Quarter on Wednesday (1/5) presents some of the newest professionals, with a trio gig featuring pianist Javier Santiago, drummer Miguel Hurtado, and the relative veteran bassist, James Buckley. Javier was impressive in a recent Jazz Central gig—catch him quick before he heads back to New York and his final year of study at the New School. Miguel, a recent Manhattan School of Music graduate, has been forging his career locally in diverse contexts, while James is increasingly cited as one of the premier composers and performers on the modern music scene.
And the AQ keeps some of the best veteran artists on stage as well, this week (1/6) boasting the ever-exciting Phil Hey Quartet (with Phil Aaron, Tom Lewis and Dave Hagedorn). If, like me, you grew up listening to the charms of the Modern Jazz Quartet, just think what they would sound like today—and you have an idea of the powers of the PHQ. The voice of experience will also rock the Dakota Jazz Club (1/6) with a long-awaited return of vocalist Cookie Coleman, appearing with a dream band of pianist Adi Yeshaya, bassist Tony Axtell, drummer Nathan Norman, and accordionist Dan Newton.

And More….
• Saturday, January 1: Start 2011 with brunch at Hell’s Kitchen with the Jana Nyberg Group; Joann Funk and Jeff Brueske in the Lobby Bar at the St Paul Hotel; Miguel Vargas at the Honey Lounge.

• Sunday, January 2: For Sunday brunch, check out Jack Brass Band at Tryg’s, Patty and the Buttons at the Aster Café; the weekly night gig with the Zacc Harris Trio at Riverview Wine Bar. And if you want to stay home, catch 60 Minutes on CBS with Wynton Marsalis. (If you miss the show, go to the Jazz at Lincoln Center website to view this program and more—http://www.jalc.org/)