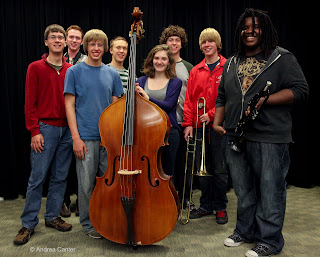 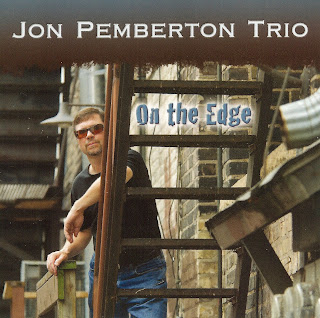 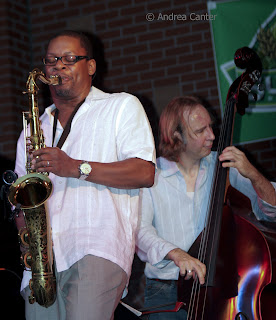 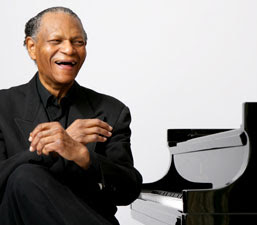 Highlights, Last Week
I didn’t get out as much as usual this past week – in hibernation mode, but thoroughly enjoyed seeing my first Musique Mystique evening at the Loring Pasta Bar with the ever-elegant duo of Maud Hixson and Rick Carlson (11/29). Just when you think you know Maud’s songbook, she adds to it—Strayhorn’s “Something to Live For,” Johnny Mercer’s “Dreamin,” and maybe the genre’s slowest version of “Love for Sale.” Sold! And then came Jenny… Jenny Scheinman’s Mischief and Mayhem generated a lot of both at the Walker. And personally I preferred the mischief (playful lines of bluegrassy violin bashing notes with rockin’ guitar, bass and percussion) to the mayhem (although just watching Nels Cline clash and bash and pulverize was a year’s worth of visual as well as auditory fireworks). Even Scheinman was out of breath. I had to come home listen to Rick and Maud to lower my heart rate and regain equilibrium.

This Week, the Big Gigs
The week ahead oozes big city heat – and makes jazz the number one art’s attraction in town. In my opinion. The Dakota launches its official “25th anniversary week” on Sunday with gospel prince Robert Robinson, but there’s a great prelude starting this weekend. First, LA-based percussionist/vocalist and former TC resident Estaire Godinez plays two nights at the Dakota (12/3-4). And on Saturday (12/4), the long opening set features the young lions (and a lioness) of the Dakota Combo in consort with guest artist Johnathan Blake. Blake is a fast-rising drum star, currently touring with Kenny Barron, Tom Harrell and Russell Malone, and an alum of the Mingus Big Band. Which is more than appropriate given the repertoire of this year’s Dakota Combo under the direction of Adam Linz, himself a Mingus scholar. Blake will lead a student clinic earlier in the day, after rehearsing with the Combo Friday afternoon. The early show will be a separate cover charge of $10 starting at 6 pm; stay for Estaire for another $15.

Across the river, the weekend brings a CD release party to the Artists Quarter, putting the spotlight on the piano talents of Jon Pemberton and his trio. Known best for his trumpet chops and as leader of the Pembertones, Jon unleashes his keyboard magic with Gary Raynor and Jay Epstein on his new On the Edge. Which it is. (See review at http://www.jazzpolice.com/content/view/9347/115/). Tonight, Billy Peterson fills the bass chair, which is only fitting as cousin Bobby Peterson was Pemberton’s mentor and penned two of the tunes on the CD.

And for a night cap (12/4), I can’t imagine a more sublime pairing than Dean Magraw and Bryan Nichols, together at Café Maude. Just seeing Dean back on stage is reason enough to drop by (less noisy the later you go!), but the artful guitarist in tandem with the master of piano invention? That should be enough reason for all bar talk to cease!

The Dakota’s anniversary party gets into full swing with the Ravi Coltrane Quartet starting the week (December 6-7). Few saxophonists of his generation can boast the imagination, compositions, bandleading dexterity and business acumen of Coltrane, who has set aside comparisons to his father as he has forged his own identity, his own sound. And he has long worked with three of the best in modern jazz—Luis Perdamo, Drew Gress and E.J. Strickland. Enjoy, take a breath, and go back to the Dakota December 8-9 for the crowning gig of anniversary week, the McCoy Tyner Quartet with Gary Bartz. Tyner added a horn voice to his famed trio some years ago, and Bartz has been one of his most consistent partners. And it was in 1988 that McCoy Tyner became the first national artist to perform at the Dakota, then in Bandana Square and solely dedicated to the performances of local musicians. But a lot of cajoling and a previous connection between Tyner and Dakota owner Lowell Pickett eventually succeeded in opening the national door, now the club’s bread and butter. Or make that fries and béarnaise. Bassist Gerald Cannon and Twin Cities-based drummer Eric Gravatt round out this sublime quartet. (Call for availability of tickets—rumors of a sell out abound!)

It’s hard for a young drummer to compete with all that hoopla but Jason Price will do just that as he celebrates the release of his first recording, Collaborations, at the Artists Quarter on December 9th with recording partners Dan Musselman, Matt Peterson, Greg Keel and more—the recording features several different combinations of musicians from the Twin Cities and beyond. (This is an early show, starting at 7…. You can catch him on either side of Tyner’s Dakota sets!) See CD review at: http://www.jazzpolice.com/content/view/9334/115/.