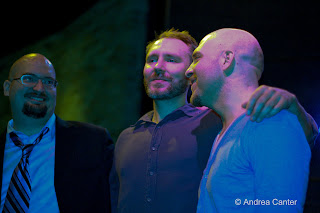 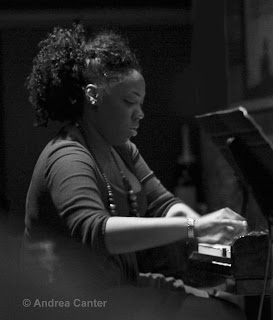 2010 is ticking down but the jazz steam is rising high, promising a strong year ahead for music.

Highlights, Last Week
• Dee Dee Bridgewater with the Minnesota Orchestra and Irvin Mayfield Quartet at Orchestra Hall.. I’ve never heard her better or performing a more diverse repertoire, from Lalo Shifrin to Billie Holiday to Duke Ellington. Even the sort of surprise appearance by Doc Severinsen to dual with Irvin Mayfield in the first set fell far short of the sheer artistry, elegance and humility of one of the living legends of vocal jazz.
• Red Planet at the Artists Quarter. A triumphant return of both Dean Magraw and his celestial trio (Chris Bates, Jay Epstein). The club was full at the start and essentially no one left between sets… cuz who wants to miss one note of Monk, Coltrane or Magraw from these guys?

Highlights, This Week
Holidays are for homecomings and the Dakota hosts two: As they have done for all (or nearly all) of the winter holidays over their first decade, The Bad Plus comes “home” for three nights of acoustic bedlam (12/25-27). Favorite covers and originals from their latest (all original) release, Never Stop, will undoubtedly fill the air, along with –who knows, there is always a surprise. This is their warm-up for a year-end run at the Village Vanguard.

And it’s also homecoming at the Dakota for Paris and Amber Strother, Chris Smith and Brandon Commodore, on stage as the Paris Strother Quartet Tuesday night (12/28). Paris first caught the ear of Lowell Pickett as a 13-year-old piano whiz studying at Walker West Music Academy. She moved on to wait tables and play at the opening of the Dakota in its new digs downtown, then on to four stellar years at the Berklee College of Music in Boston, and is now into her second year as Outreach Coordinator for the Thelonious Monk Institute in Los Angeles. Meanwhile she has continued playing keyboards, composing and arranging, garnering accolades from titans like Christian McBride and Patrice Rushen, and working with twin sister Amber, a promising vocalist. The Strother twins share the stage with old pals with equally impressive resumes: Bassist Chris Smith was selected for the elite Brubeck Institute Fellowship Program after graduation from Minneapolis South High, and after his two-year stint, enrolled in the New School program in New York. He’s nearing graduation and has already toured with Jeff “Tain” Watts and performed with Tia Fuller at the Dakota. Drummer Brandon Commodore is upholding the family name, in particular working with Sounds of Blackness.

Back-up to Sunday (12/26): Connie Evingson has spearheaded Jazz at the Jungle, a series of vocal jazz shows at the eclectic south Minneapolis theater. Sunday closes the season with her Holiday Songbook, performed twice (4 and 7:30 pm) with the Tanner Taylor Quartet. Connie won’t just sell great holiday songs with her perfect tone and infectious swing, she’ll give you a big of jazz education along the way, with the stories behind the stories of the tune.

In case you are not inclined to venture out on New Year’s Eve, even for jazz, you can enjoy Maud Hixson and Rick Carlson a few days early in duo Monday night (12/27) as they perform in the Musique Mystique series at the Loring Pasta Bar. The sublime voice/piano duo typically offer a set list that ranges from old fashioned swing to ballads to cabaret song-stories, and you can bet Maud found something a little off-beat to throw into the mix. They’re at Honey on New Year’s Eve, but in the Red Room of the LPB, you can relax and enjoy without fear of rowdy revelers.

The AQ hosts a couple more exciting evenings, including a CD release for vibes master Dave Hagedorn and former student, pianist Dan Cavanagh on Wednesday (12/29) and a dynamic evening with the Lucia Newell Quartet on Friday (12/30). Dave and Dan always present some of the year’s finest jazz repartee when they get together, and Lucia and company (Phil Aaron, Gordy Johnson, Kenny Horst) plan “to take out 2010 with jazz in our hearts” and a bunch of new tunes to boot.

More Jazz All Week
Always, there’s more jazz musicians than gigs or venues, but still more jazz than any one person can manage to hear each week!

• Friday,12/24/Saturday, 12/25: Many clubs are closed for the holiday, but you can catch Joanne Funk and Jeff Brueske in the Lobby Bar of the St Paul Hotel both nights, and of course, Fantastic Fridays at the Black Dog.