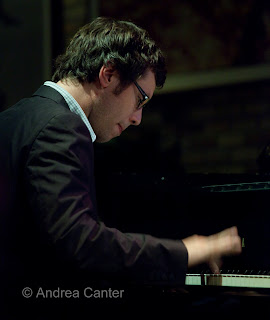 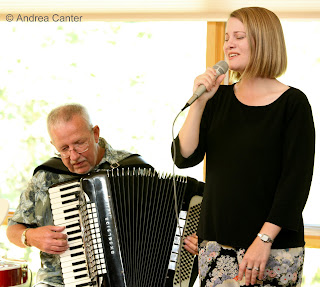 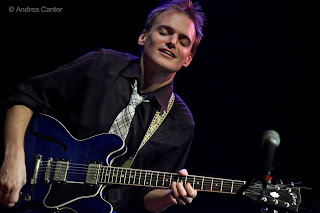 Highlights, Last Week
The 25th anniversary celebration at the Dakota peaked with a legacy/legend back-to-back shows. The Ravi Coltrane Quartet repeatedly proves to be one of the top small ensembles in modern jazz, as its leader proves to star-worthy in his own right. And McCoy Tyner, if not the agile powerhouse of his earlier years, retains his trademark lyrical density and orchestral zeal leading long-time collaborators through his own timeless compositions and the elder Coltrane’s masterpiece, “Moment’s Notice.” And no more proof of the vitality of modern jazz was needed after the teens of the Dakota Combo, in collaboration with guest artist/masterful drummer Johnathan Blake, performed a long set of mostly Mingus on the Dakota stage Saturday night. Down at the Artists’ Quarter, locally acclaimed trumpeter Jon Pemberton proved it’s never too late to go back to your first instrument, celebrating the release of his sublime piano trio CD, On the Edge.

This Week, The Big Gigs
[Due to our giant snowfall, most live music was canceled Saturday night.... Wise to check with the venue for Sunday and Monday!]
A prelude to a long-awaited recording session, pianist Bryan Nichols brings an adventurous quintet and raft of new compositions to the Artists Quarter this weekend (12/10-11), a bright beacon of innovation in the midst of a predicted a snowstorm. This will be worth the slow drive. Heck, bring a sleeping bag and just plan to hole up at the AQ for the weekend! Joining Bryan will be a double whammy sax team of Mike Lewis (Happy Apple, Fat Kid Wednesdays) and Brandon Wozniak (Atlantis Quartet), frenetic bassist Erik Fratzke (Happy Apple) and inventive drummer J.T. Bates (Fat Kids). An alum of Betty Carter’s Jazz Ahead program, Nichols follows the path less taken by a local legacy of keyboard innovators, including Craig Taborn and Billy Carrothers. [Yeah, Saturday night was canceled due to snow... stay tuned, Bryan and company will be at the AQ again soon!]

Suburban venues have their share of swinging artistry this weekend, with Maud Hixson and Denny Malmberg dazzling at Pardon My French in Eagan (12/11) [SORRY-- Cancelled due to snowstorm!] and guitarist Reynold Philipsek going mostly solo at the 318 in Wayzata (12/11) [Yup, this was canceled too]. And back in the Cities; modern interpreters of Brazilian music, Lucia Newell and Joan Griffith shine in the new Musique Mystique series at the Loring Pasta Bar (12/13); Christine Rosholt returns to the Dakota (12/14), ready to fill your holiday stocking with the likes of Johnny Mercer, Harold Arlen, Cole Porter and undoubtedly some seasonal surprises.

Young Aaron Hedenstrom celebrates A Symphonic Jazz Hip Hop Experience, the debut recording of his orchestra, at O’Gara’s (12/14). Bringing together a long list of young area musicians, his original compositions were previewed last fall on the Dakota Late Night series. In describing his music, Aaron noted that “the themes revolve around the process of learning how to live life as it happens-- whether that is in the emotional, physical, or spiritual realm.” Additionally, the songs were written to feature the musicians, who include his friends and early teachers. In total, the project has involved 22 musicians, including acclaimed artists Brandon Wozniak, Nick Videen, Chris Thomson, John Raymond, Bryan Nichols, Chris Graham, Jeremy Boettcher, Sean Carey and Brian Claxton.

A plethora of goodies on Thursday (12/16): KBEM throws its annual holiday bash, this year at Vic’s on the Mississippi River with a special menu and jazz provided by the most sublime of duos, Peter Schimke and Irv Williams. Check Jazz 88’s website for availability of reservations. Just across the way in Anthony Main, guitarist Todd Clouser returns to the Twin Cities with a gig at the Aster Café. The Baja resident might go into weather shock but that will only up the excitement of his music. And across the river, it’s Phil Hey night at the Artists Quarter with his near-monthly quartet gig, always a special occasion.

More Jazz All Week
[Check venues regarding cancelations over the weekend and early in the week!]
Friday, 12/10: Joann Funk and Jeff Brueske at the Lobby Bar of the St Paul Hotel (and again Saturday night); Patty Peterson at School of the Wise II; Erin Schwab at Hell’s Kitchen; Jackie Moen with the Three Keys Quartet at Ginger Hop; Adam Levy’s Liminal Phase at the Dakota Late Night series; Fantastic Fridays at the Black Dog.

Wednesday, 12/15: The Wolverines at Hell’s Kitchen; TEFSA Jam and How Birds Work at the Artists Quarter; Charmin Michelle and Denny Malmberg at Fireside Pizza (Richfield).

Photos: (top to bottom), Bryan Nichols; Denny Malmberg and Maud Hixson; Todd Clouser (all photos by Andrea Canter)
Posted by Canterjazz at 10:39 AM