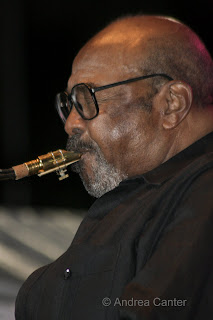 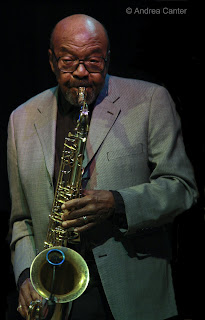 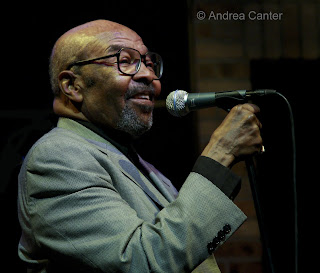 You’d think having the title NEA Jazz Master, a fistful of Grammy nominations, and a 70th birthday party at the Blue Note might be ample reason to slow down, but James Moody was as active in the first decade of the 21st century as he was for more than half of the 20th century. I first saw him live about eight years ago with the Dizzy Gillespie Alumni Band in New York, again with the Gillespie band at the 2008 Detroit Jazz Festival, and, for what turned out to be the last time, at the Dakota Jazz Club in early 2009. His personal charm was only exceeded by his artistry on saxophones and flute. Moody died yesterday of pancreatic cancer at age 85, not quite six months after feted in absentia with a Carnegie Hall “Salute to James Moody” featuring a long list of multi-generational artists.

Best known for his tenure with Gillespie and his enduring signature tune, “Moody’s Mood for Love,” it was perhaps the latter years of his career that were most remarkable: Well into his 80s, he won a Grammy nomination in 2008 for his solo on Live at the 2007 Monterey Jazz Festival, was Downbeat’s 2008 Jazz Flautist of the Year, and issued back to back acclaimed recordings, Moody 4A (2009) and Moody 4B (2010). The latter was, and still is, on my list of favorite recordings of the year. (See review at http://www.jazzpolice.com/content/view/9054/79/)

I remember his gig at the Dakota. At the time, I wrote: “Anyone uncertain as to the definition and nature of ‘bebop’ should enroll in the James Moody Academy of Jazz. At the Dakota Jazz Club, Moody’s opening set could have served as a lesson for the uninitiated as the 83-year-old saxophonist conducted nonstop experiments in rhythm and harmony, exposing, renovating, and designing the details of every structure. That he conducted his class with equally nonstop humor and humility made the lesson all the more effective and entertaining.”

See full review of James Moody at the Dakota at http://www.jazzpolice.com/content/view/8082/115/

Photos: James Moody, top to bottom: At the 2008 Detroit Jazz Festival, two from the Dakota in 2009 (photos by Andrea Canter)
Posted by Canterjazz at 12:26 AM