From Student to Stellar: The Paris Strother Quartet 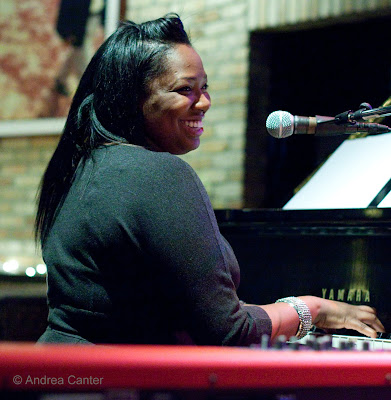 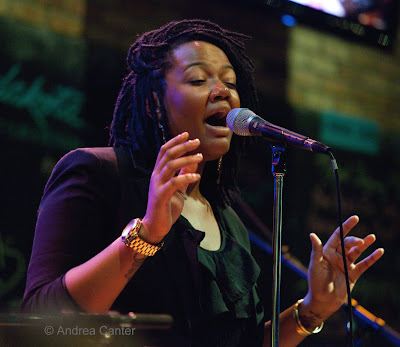 For a few years, I wrote about a young piano phenom from the Twin Cities, Paris Strother, as she moved from teen keyboard whiz who played the very first opening set at the relocated Dakota to standout student at the Berklee College of Music in Boston. Then she came again to the Dakota a year ago, a Berklee graduate and outreach coordinator with the Thelonious Monk Institute in LA, as part of a “Young Lions” ensemble organized by drummer Brandon Commodore, himself a recent grad of McNally Smith and wetting his professional feet with Sounds of Blackness. The Young Lions also featured yet another young local talent, bassist Chris Smith, now an alum of the Brubeck Institute Fellowship program and completing his college studies at the New School in Manhattan, Paris’s twin sister and aspiring vocalist Amber Strother, and Brandon’s sister, another talented vocalist, Ashley Commodore.

Now it’s time to recognize these musicians as rising professionals who can still fill a venue like the Dakota to the rafters with family, friends, long-time followers and new fans. Last night, Paris brought Amber, Chris (now a New School graduate) and Brandon (heading to Madison Square Garden with Mint Condition to open for Prince) to the Dakota stage again, and their two wide-ranging sets clarified their evolution from talented students to talented working musicians—as performers, arrangers and composers. Paris has never shied away from playing her own compositions, like the lovely “CCS” dedicated to Chris Smith. These days composing is largely a duo effort with Amber, yielding complex and intriguing works like “Migration,” “At the End of the Day,” and “Nightingale,” and on some tunes, like the latter, Paris adds vocal harmony as well as stellar keyboard solos and support.

Amber is evolving into a stylish and engaging vocalist in the direction of Gretchen Parlato and Esperanza Spalding—a soprano who uses her high range to impassion her lyrics. The sisters gave us two duets – just piano and voice, their arrangement of Gershwin’s “My Man’s Gone Now” and Amber’s original “Transform,” a melody reminiscent of Elton John.

The two sets covered a musical waterfront, with straight-up jazz trio readings of Cole Porter (“It’s All Right With Me”), Ellis Marsalis (a very swinging “12’s It”) and Frank Foster (“Simone”); soulful vocal interpretations of diverse classics, from “Moonglow” to Coltrane’s “Naima” as well as from a new generation (Robert Glasper’s “All Matter”); and leaning heavily into R&B land with the heart-tugging Bonnie Raitt signature, “I Can’t Make You Love Me,” and the voodoo funk of “People Make the World Go Round.” I’ve always heard the percussive attack and thick harmonies of McCoy Tyner in Paris’s piano, and now add to that the soul and funk of Patrice Rushen. Brandon Commodore has the propulsive drive and tendency to volcanic eruption that can carry just about any musical setting, while Chris Smith, effective in jazz setting ranging from Jeff Watts to José James, proves to be as much at home on electric as acoustic bass.

Paris and Amber have a new trio project in LA, “King,” which they confess is difficult to classify, but the music will soon be available on an EP digital release. I don’t expect I will be able to classify it either. I’ll just stick with Duke Ellington’s dichotomy—there’s good music and bad music. This will be good music, and if their latest gig at the Dakota is any indication, it will have wide appeal to lovers of instrumental jazz, contemporary vocals, and sophisticated R&B. Stellar modern music.