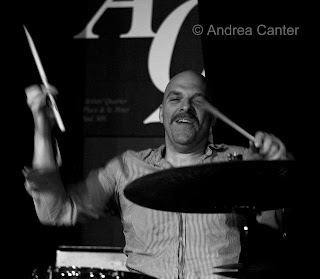 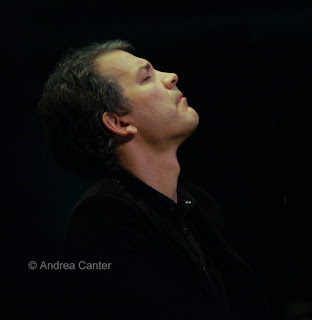 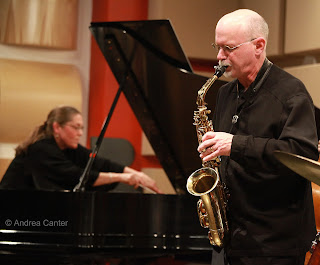 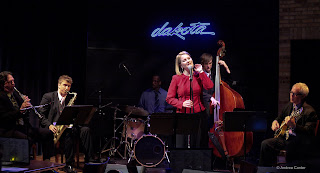 Jazz This Week!
Good thing we can get an extra hour of sleep on Sunday! The weekend kicks off grandly with the world premiere of the full performance of Brad Mehldau’s Highway Rider, which he previewed last spring at the Dakota with his trio. But this weekend at the Walker, it will be fully staged with trio mates Larry Grenadier and Jeff Ballard, additional drummer Matt Chamberlain, saxophone colossus Joshua Redman, and the St. Paul Chamber Orchestra, which commissioned the work. That should fill the McGuire Theater stage for two nights (11/5-6)! Mehldau has performed much of his career in trio and solo formats, making this large-scale production an exciting shift.

Also high on the excitement scale is the Dave King Trucking Company, at the Artists Quarter Friday and Saturday nights. King debuted this ensemble at the Walker last spring, and drew raves when he brought the band to the AQ this summer. Certainties are drum monster King, inventive saxman Brandon Wozniak, and versatile guitarist Erik Fratzke, King’s playmate in Happy Apple. Of course Fratzke also plays bass, which might come in handy this weekend as usual DKTC bassist Adam Linz is in Europe, touring with Fat Kid Wednesdays. So who is on bass this weekend?

And yet another opportunity for lovers of new music, this weekend the Fall New Music Cabaret continues at Studio Z with three bands each night (11/5-6). Friday night, the music will be delivered by Jeff Lambert, followed by host Zeitgeist, ending with the Symphonic Transients Orchestra. On Saturday night, the music launches with Ellen Lease/Pat Moriarty/Phil Hey, followed by Zeitgeist and closing with Jello Slave. To quote Zeitgeist, the Cabaret presents “an eclectic lineup of new music performers that create their work on the very frontier of today’s artistic world. While all of these artists are very different from each other and represent different facets of the musical world, they are similar in that they have long abandoned (or never embraced) the confines of more commercially viable, mainstream musical expression in order to challenge the boundaries of their respective musical forms.”

Guitarist Zacc Harris has a busy weekend, with his quartet (Bryan Nichols, Chris Bates, Jay Epstein) at Café Maude on Friday (11/5) and his trio (Matt Peterson and Pete Hennig) at Hell’s Kitchen for Saturday brunch (11/6) and at their usual Sunday night spot, the Riverview Wine Bar (11/7).

Usually Fat Kid Wednesdays holds the fort at the Clown Lounge on Mondays, but the guys are on tour in Europe this week. Jazz Implosion instead features a dueling bass duet with Chris Bates and Josh Granowski and Bates’ Double Bass Trio (11/8). Sounds doubly cool. Sticking to strings for a moment, guitarist Dean Magraw and tabla player Marcus Wise celebrate a CD release at the Artists Quarter on Tuesday (11/9), but this is truly a party, not a gig, or so the story goes. Getting back into playing form following his bone marrow transplant and cancer treatments, Dean will be officially celebrating the CD release with a live gig at the Cedar in February, and is set to play with his Red Planet trio at the AQ in December. Tuesday is party time, celebrating music and life with goodies and a first chance to hear (and buy) the CD.

And Wednesday (11/11) brings a too-infrequent chance to hear elegant songbird Maud Hixson at the Dakota, this time with the sophisticated swing of French 75. For this gig, Maud has rounded up quite a crew--Dale Mendenhall, Reynold Philipsek, Keith Boyles and Michael Bissonette.
More for the Week
Friday (11/5): Benny Weinbeck Trio at D’Amico in the Chambers Hotel (also Saturday); Joann Funk and Jeff Brueske at Enjoy!; Patty Peterson’s Birthday Bash at the Music Box Theater; the Fantastic Merlins’ bon voyage gig (before leaving for their tour of France) at the Black Dog.

Sunday (11/7): Tanner Taylor reprises his tribute to Oscar Peterson in a fund raiser for the Cystic Fibrosis Foundation this evening at the Artists Quarter.

Monday (11/8): Trumpeter Adam Meckler’s Masters’ recital at the U of M, open to the public, and including members of his quintet (Zacc Harris, Brandon Wozniak, Greg Schutte, and Graydon Peterson); Charmin Michelle and Denny Malmberg at Fireside Pizza (and back again Wednesday night); Milo Fine and fellow improvisers at Homewood Studios; Jello Slave at Barbette; Headspace at the AQ.

Wednesday (11/10): KBEM community ed with Arne Fogel (“Bing and Frank”) at Northeast Middle School in Minneapolis; TEFSA jam followed by How Birds Work at the AQ

Thursday (11/11): REEL Jazz at the Trylon Theater (“Last of the Blue Devils”); Doug Haining and the TC Seven at Hell’s Kitchen; Dave Karr Quartet at the AQ; Sophia Shorai at Barbette.