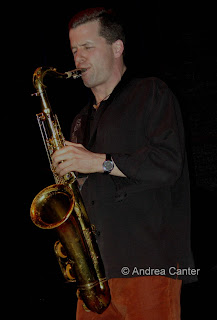 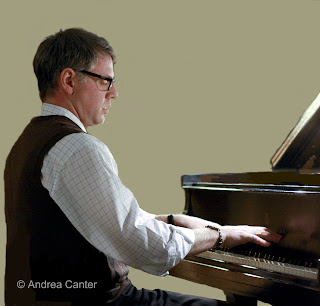 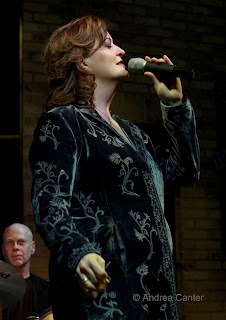 Highlights, Last Week
Kenny Barron, Kenny Barron and Kenny Barron. Not only was his “meet the artist” chat informative and uplifting (see blog, November 13), his quartet gigs in both Iowa City and Minneapolis affirmed the NEA’s decision to name him a Jazz Master for 2010. And his bandmates, David Sanchez, Kim Thompson, Kyoshi Kitagawa (Iowa City) and Linda Oh (Minneapolis), truly gilded the lily.

The Coming Week
This is one of the busiest jazz weekends I can remember since the TC Jazz Festival. Seems every venue will be occupied, with a lot of win-win conflicts. We’ll need that holiday!

Friday night (11/19) is a smorgasbord of delights for all tastes. It might seem a bit of a culture clash when Doug Little’s Seven Steps to Havana (complemented by his Charanga Tropicale string section) takes the stage a improvised music venue Studio Z, but kudos to the Z folks for keeping the venue globally vital. Little and company (Viviana Pintado, Jim Anton, Bill Simenson, Mariano Flores, Pete Hennig, Peter Shu, and Matt Hanzelka) will be performing new works from a Jerome Foundation commission. Moving from Lowertown to Downtown, the Artists Quarter hosts two nights (11/19-20) with torch singer/balladeer/bluesy singer Carole Martin. Carole was a popular night club act in the 60s, retreated to raise a family, returning to the scene over the past decade with two new recordings. She’s the main attraction of New Year’s Eve at the AQ and gives us a few shows each year, so each one is something special.

And homecomings are always special, particularly when the artist is a prolific composer and astute bandleader like Jeremy Walker. The man behind the short-lived but highly regarded Brilliant Corners club in St Paul and continuing Artistic Director of the Jazz Is Now “Nownet,” Walker moved to Manhattan early this year but keeps his local ties strong through the Nownet and long-running Small City Trio (with Jeff Brueske and Tim Zhorne). After 16 years, Small City finally has its first CD release, on the Late Night calendar at the Dakota Friday night (11/19 at 11 pm). The CD, Pumpkins' Reunion, includes six originals from Walker and a couple vocals atop Jeremy’s Monkified instrumental gemstones.

Come Sunday (11/21): The Twin Cities Jazz Society presents its November installment of its Jazz From J to Z series, for the first time at the Woman’s Club in Minneapolis. The matinee concert “Something (Vo) Cool” is a revue of songs and singers from the “Vo-Cool” era, spearheaded by Anita O’Day and compatriots. The Minnesota version features three outstanding voices – Rhonda Laurie, Connie Olson and Tommy Bruce.

A few months ago, rather quietly, pianist Tanner Taylor and drummer Mac Santiago opened what might be best described as an underground jazz club at Central and 4th Street NE (Minneapolis) in what used to be Glacier Studios. The space includes a performance area with seating for at least 50 and recording studio. Jazz Central is “by the cats, for the cats”—for lessons, jam sessions, etc. Often you’ll find a great jam on Monday nights, donations happily accepted. And you can hear some of the best “cats” in town, usually with Tanner and Mac. But on Sunday night this week, the club hosts a special 40th birthday celebration for one of its frequent performers, singer Nichola Miller. She’s still recovering her voice after a nasty virus spoiled the second night of her CD release last month, but Nichola will be ready to chat and may sing a few tunes, while we can expect a lot of jazzy surprises during the evening. Visit the website for more info: http://jazzspace.weebly.com/

There’s another new game in town called "Music Mystique" at the Loring Pasta Bar in Dinkytown, and this Monday (11/22) the featured artists are inventive vocalist Lucia Newell and sublime guitarist Dean Magraw, making one of his first public appearances since undergoing a bone marrow transplant over a year ago. Two unique artists together? Go hear the mystique! Next night (11/23), check out the on-the-edge gig at the Clown Lounge, featuring New York-based guitarist Nick Videen with Bryan Nichols on piano; Sean Carey on drums, and Jeremy Boettcher on bass. And to bring you right up to Thanksgiving, the ever-exciting Phil Hey Quartet appears at the Artists Quarter on Wednesday night (11/24), the best reason out there to forget that turkey –it will still be there in the morning.

The rest of the week:
Friday, 11/19: Nathan Hanson and Brian Roessler, Fantastic Fridays at the Black Dog; Lee Engele and Reynold Philipsek at Pardon My French; Joel Shapira at Ingredients Café; Joanne Funk and Jeff Brueske in the Lobby Bar at the St. Paul Hotel (and again on Saturday night); Nachito Herrera at the Dakota; James Buckley Trio at Café Maude.