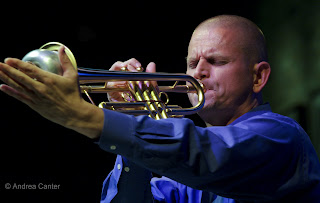 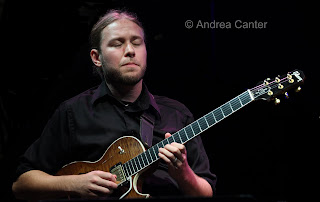 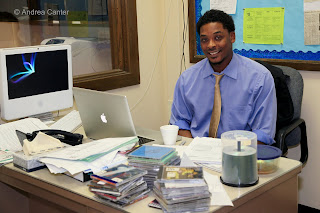 I just noticed this is my 300th post to this blog! So Happy Halloween! And the Twin Cities jazz community has a lot of treats, starting with a homecoming weekend for Kelly Rossum and the return of guitar virtuoso Paul Bollenback, with a much-anticipated return of Regina Carter’s Reverse Thread project to spice up midweek.

You can’t go wrong on either side of the river this weekend. When trumpeter Kelly Rossum relocated to New York in fall 2009, he had recently completed a commission from the University of Wisconsin-River Falls to write a soundtrack for the 1920 silent film, Dr. Jekyll and Mr. Hyde, which he premiered with his newly formed Nicollet Circus Band. The work will be presented three times this weekend, twice in MacPhail’s stunning Antonello Hall (Friday and Saturday nights, 10/29-30) and again Sunday afternoon on the River Falls campus. It’s a creepy film, of course, and I would expect creepy excitement from Kelly and his Nicollet Circus Band, a cast of characters themselves reflecting the best of the area’s freer jazz artists—including Scott Agster, Chris Thomson, Brandon Wozniak, Brian Roessler, Steve Roehm and more.

Come Tuesday (11/2), the third violinist to hit local jazz stages within one week lands at the Dakota. Following last week’s appearances by Amanda Shaw (Dakota) and Christian Howes (AQ), Regina Carter brings yet another perspective to the violin as an instrument of improvisation with her Reverse Thread project. Performing earlier this year at Ted Mann Concert Hall as well as releasing the same-named recording, Carter and Reverse Thread bring together the roots of African music and modern-day post bop, and feature kora master Yacouba Sissoko and accordionist Wil Houlshouser along with the highly talented Chris Lightcap (bass) and Alvester Garnett (drumset). Carter’s projects are always well considered, with Lightcap and Garnett collaborators of long-standing. And how often do you get to enjoy the kora in the environs of a classy jazz club?

And what would Halloween be without a new spooky show from the Atlantis Quartet? Having brought us their interpretation of A Love Supreme (2008) and The Head Hunters (2009), the adventurous ensemble (Zacc Harris, Brandon Wozniak, Chris Bates and Pete Hennig) now take on Led Zeppelin’s Houses of the Holy at, where else, Hell’s Kitchen on Halloween night (10/31). Forget those trick or treaters, the tricks and treats are all in Hell tonight!

On the new music front, Zeitgeist and Studio Z are hosting a series of Lowertown cabaret music events. With almost three hours of local live music each night, the cabaret features some of the Twin Cities’ most inventive musicians coming together. New music fans are invited to attend one, two or three shows each night at Studio Z (7:30–10:30 pm), 11/4-6. Thursday night features the Renegade Ensemble, Zeitgeist, and Hanson/Ren/Roessler.