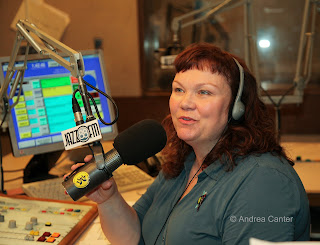 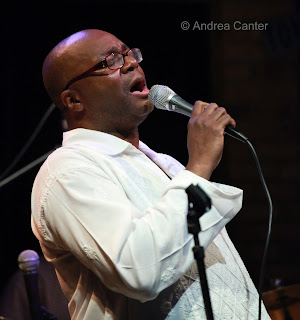 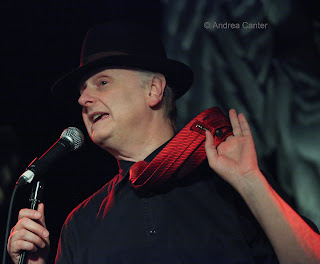 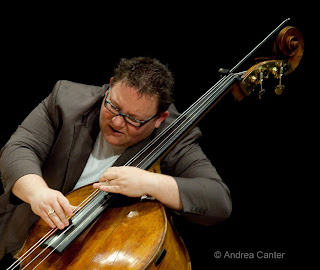 There’s big names hanging out in the Twin Cities this weekend and into the coming week, but perhaps the biggest gig in area jazz is not a musician but a radio station. KBEM, or “Jazz 88,” celebrates 40 years on the air, with the past two decades or as a fulltime jazz (“and traffic”) station, one of only a handful left in operation in the U.S.

The celebration comes at a somewhat anxious time for KBEM, with the recent proposal from the Minneapolis Public Schools superintendent that host school North High close in three years due to a sharp decline in enrollment. So far, the school district has voiced support for the future of Jazz 88, wherever that might be. And that’s a wise position, given the contributions of the station to both the district and the community. KBEM is first and foremost an educational program, an elective learning opportunity for high school students to learn about broadcasting and, of course, jazz. They earn credit for an academic course as well as gaining experience with all aspects of radio programming, including on-the-air. And of course many of us benefit each day from KBEM’s many jazz programs, calendar updates, interviews, news and traffic information, as well as special programs like the Restaurant Tour, Gallery Grooves, REEL Jazz and the new community education series. It’s not too late to get tickets for Saturday night’s party with the Wolverines at International Market Square (10/23) or Sunday night’s gala at Vic’s, featuring special guest Karrin Allyson and the Laura Caviani Trio (10/24). (See KBEM’s website for more information – www.jazz88fm.com)

Friday night brings two outstanding voices back to the Twin Cities. At the Dakota, Bruce Henry sings, entertains and informs through a couple sets soaring with jazz classics and bits of gospel. No one has filled Bruce’s musical shoes since he relocated to Chicago two years ago, but fortunately it seems easy to lure him back, especially when so many of his long-standing cohorts are available for a gig.

Competing on Friday night, the Northrop Jazz Series returns in a new venue, the intimate cabaret space of the Campus Club on the U of M campus (inside Coffman Union). This one is a double bill, starting with “New African Soul” singer/songwriter Somi and her trio, followed by a set of classical jazz standards by Twin Cities vocalist/actress Thomasina Petrus and star pianist Thom West. And you will be the first to hear about the rest of the Northrop Season if you are in the audience.

Across the river, on both Friday and Saturday (10/22-23), Diane Witherspoon returns “home” at the Artists Quarter. Sister of the late Shirley Witherspoon and cousin of the late Jimmy Witherspoon, Diane grew up in Minneapolis and attended St. Olaf College before finding her niche in Los Angeles. She’s sung with legends and around the world, and now she’s back for homecoming weekend. Peter Schimke is on piano and gave me a strong recommendation to fit this into my schedule! Also for Friday and Saturday, it’s the long-awaited return of the Benny Weinbeck Trio, settling in again for weekend piano jazz at D’Amico in the Chambers Hotel.

Another option on Saturday (10/23) is the musical revue of the great sons of Rodgers and Hart, “With Songs in Our Hearts,” featuring Arne Fogel, Lucia Newell and Maud Hixson—three singers who are guaranteed to put songs into the hearts of anyone in earshot. The show will be staged at the Hopkins Center for the Arts, with instrumental backing provided by the Tanner Taylor Trio. Earlier in the day (noonish), enjoy the many global gourmet options at Midtown Global Market, grab some lunch, and find a seat in the atrium where you can enjoy the soothing sounds of Charmin [Michelle] and [Joel] Shapira, one of the longest-standing jazz duos in town.

Monday (10/25) is the swift return of Max Weinberg’s Big Band. In town just a couple months ago at the Dakota, now Weinberg takes the stage at the Guthrie (in the Wurtle Theater). Drummer and bandleader, most will recognize at least the Weinberg name for his longstanding work with Bruce Springsteen's E Street Band and Late Night with Conan O'Brien and The Tonight Show with Conan O'Brien. Think of this as 15 musicians paying tribute to the likes of Frank Sinatra, Count Basie, Buddy Rich, Gene Krupa, Doc Severinsen, and Maynard Ferguson.
Tuesday night (10/26) they call it Jazztastic Voyage at the Clown Lounge, and I recommend Adam Linz’s solo set to anyone with a heart beat, since that is truly the nature of the upright bass. And Linz can make that heart beat in any tempo, any speed, through any arrhythmia. The edgy Atlantis Quartet follows.
Wednesday night (10/27) is the last in the KBEM community ed series at Washburn High School, and tonight it’s Women in Jazz with two of our own women in jazz, Maryann Sullivan and Maud Hixson. These one-shot classes have offered an intimate setting (about a dozen “students” in a large choir room!) with presentations and guided listening from some of Jazz 88’s most renowned hosts. The program moves to Northeast Middle School for Wednesdays in November. At $15 per class, it’s a bargain as well as informative fun.
Strings and things come to the Artists Quarter on Wednesday night (10/27) in the form of violinist extraordinaire, Christian Howes. I saw Howes at the Dakota a few years ago and truly makes his instrument dance. Classically trained, Howes was a fiddle champ in his teens and somehow merges a wide range of influences onto a mere four strings. I’ll dash to the AQ after my KBEM class!
Thursday night, vocalist Lee Engele holds a CD release party for her In the Key of L, a snappy and swinging short set buoyed by Reynold Philipsek, Matt Senjem and Gary Schulte. The bash, with all from the recording on hand, is at Pardon My French in Eagan. Oooh-lal-la.
Other jazzy tips for the week ahead:
• Friday (10/22): Fantastic Fridays at the Black Dog; Erin Schwab at Hell’s Kitchen; Alden Ikeda’s Quartet at Café Maude
• Saturday (10/23): Firebell (Park Evans, Graydon Peterson and Jay Epstein) for brunch at Hell’s Kitchen; Joann Funk and Jeff Brueske at the Lobby Bar of the St Paul Hotel; Teresa Manzella at the Hat Trick
• Sunday (10/24): Zacc Harris Trio at Riverview Wine Bar; Charmin Michelle and the Jerry O’Hagen Orchestra at Cinema Ballroom
• Monday (10/25): Debbie Duncan at the Dakota; Charmin Michelle and Denny Malmberg at Fireside Pizza in Richfield; Headspace at the Artists Quarter; Jazz Implosion at the Clown Lounge
• Tuesday (10/26): Cory Wong Quartet followed by the Tuesday Night Band at the Artists Quarter
• Wednesday (10/27): Arne Fogel with the Wolverines Trio at Hell’s Kitchen; pizza and swing with Charmin Michelle and Denny Malmberg at Fireside Pizza in Richfield; Book signing and celebration for pianist/ composer Carei Thomas at the MacPhail Center for Music, with Thomas’s music by the Dakota Combo.
• Thursday (10/28): Doug Little in a long-awaited return to the Dakota; Pete Whitman’s X-Tet in their monthly blowout at the Artists Quarter.
Coming Soon!
• October 29-30, Kelly Rossum and Nicollet Av Circus Band/Dr Jekyll and Mr Hyde at MacPhail
• October 29-30, Paul Bollenback at the Artists Quarter
• November 2, Regina Carter at the Dakota
• November 5-6, Brad Mehldau, Joshua Redman and the SPCO live premiere of Highway Rider at the Walker Art Center
• November 5-6, Dave King/Anthony Cox/Dean Granros at the Artists Quarter
• November 15-16, Kenny Barron Trio + David Sanchez at the Dakota
• November 18, Meditations II (Music of Mingus) at MacPhail
• November 19-20, Carole Martin at the Artists Quarter
• November 20, JazzMN Orchestra and Stephanie Nakasian (Kenton salute) at the Hopkins High School Performing Arts Center
• November 21, “Something (Vo) Cool” with Rhonda Laurie, Connie Olson and Tommy Bruce at the Women’s Club (Minneapolis)
• December 6-7, Ravi Coltrane Quartet at the Dakota
• December 8-9, McCoy Tyner at the Dakota